One of the reproaches that the opposition has made against President Vladimir Putin is that, since the beginning of the invasion of Ukraine, he has not lavished much in the company of other international leaders, except for telephone calls from leaders such as the French president , Emmanuel Macron or the German chancellor, Olaf Scholz. 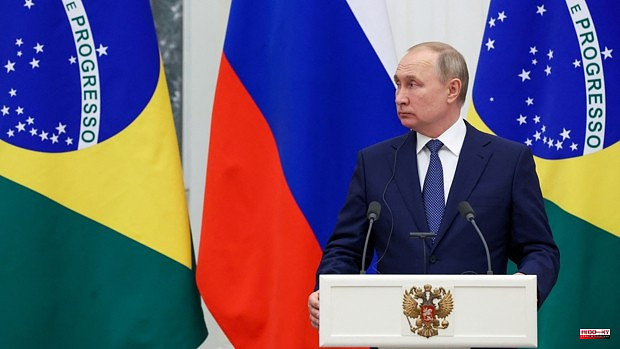 One of the reproaches that the opposition has made against President Vladimir Putin is that, since the beginning of the invasion of Ukraine, he has not lavished much in the company of other international leaders, except for telephone calls from leaders such as the French president , Emmanuel Macron or the German chancellor, Olaf Scholz. And this while his number one enemy, the Ukrainian president, Volodímir Zelensky, holds videoconferences with half the world almost daily.

But the Kremlin seems to have decided to correct this situation and has prepared an agenda of trips, meetings and telephone conversations for Putin with colleagues from some countries. Yesterday, without going any further, the Russian president spoke by phone with his Brazilian counterpart, Jair Bolsonaro, to discuss the problem of global food security, which has been compromised due to the war in Ukraine.

According to the press service of the Russian Presidency, Russia has promised Brazil to supply fertilizers and strengthen the "strategic partnership" between the two countries.

Today Tuesday, Putin will leave Russia for the first time since he decided to attack Ukraine. His last trip abroad took place in early February, when he attended the opening of the Beijing Winter Olympics and was received by Xi Jinping. The trip that begins today will be to Tajikistan, an old ally of Russia, to meet his Tajik counterpart, Emomali Rajmón, according to the Kremlin spokesman, Dmitri Peskov. They will deal with bilateral issues and the situation in neighboring Afghanistan, something that is of great concern to the Tajiks. Putin will try to reassure Rakhmon that Moscow currently maintains very good relations with the Taliban, who for the first time sent a delegation to the recent St. Petersburg International Economic Forum (SPIEF).

After passing through Dushanbe, the capital of Tajikistan, on Wednesday Putin will travel to Ashgabat (Turkmenistan), where he will be received by his young Turkmen counterpart, Serdar Berdimujamédov, who was in Moscow on June 10. Both countries have maintained rather cold relations in recent years, but now they seem called to improve. Strong Turkmen authoritarianism seems to please Moscow. The current president of Turkmenistan, 40 years old and "elected" in the last elections on March 12, is the son of the country's former president, the dictator Gurbangulí Berdimujamédov. In Ashgabat, Putin will also participate in a summit of the countries bordering the Caspian Sea (Azerbaijan, Iran, Kazakhstan, Russia, Turkmenistan and Uzbekistan).

Back in Russia, Putin will receive the Indonesian president, Joko Widodo, who will arrive from Ukraine and has urged the start of talks to stop the war. Widodo will also hold talks with Zelensky in kyiv. The Indonesian president, by the way, yesterday invited the top Russian leader to attend the G20 summit, to be held on the island of Bali between November 15 and 16.

The adviser to the Russian Presidency, Yuri Ushakov, said yesterday that "we received the official invitation (...) and we responded positively saying that we are interested in participating." Asked if Putin will attend Bali in person, Ushakov replied that "there is still a lot of time (...) I hope that the pandemic will allow this event to be held in person." In his words, "we highly value Widodo's invitation because Indonesians have been under strong pressure from Western countries" because of the war in Ukraine.

Last Saturday, Putin met in Saint Petersburg with the Belarusian president, Alexander Lukashenko, whom he promised to reinforce with rockets, planes and even nuclear warheads to face a hypothetical NATO attack. The meeting should have been held in Belarus, but was later moved to the former Russian imperial capital.

So it is likely that the Russian president will soon end up traveling to the neighboring country. First he wants to be sure that Lukashenko will be completely loyal to him, will accept his idea of ​​creating a unitary state, in which case he would have to send his troops to fight in Ukraine as well, in case kyiv is defeated, to form a "Slavic union" with Russia, Belarus and Ukraine. Putin has not gone to Belarus since the beginning of the war, although it has been Lukashenko who has gone to Russia on several occasions, to Moscow, Sochi and the last time to St. Petersburg.

1 "We will not allow a coup in Ecuador by the mafias... 2 La Honda, a torture rack: falls and burns on feet... 3 Andrew Lloyd Webber, the King Midas of international... 4 Antonio Banderas, from a friend's sofa to Broadway 5 At least 46 immigrants found dead in an abandoned... 6 The Board promotes the sale of 247,000 square meters... 7 The Copernicus service reduces the calcined hectares... 8 Three trucks leave from Spain with aid for the museums... 9 Contemporary airs for traditional music 10 What pensions rise with the new government measures... 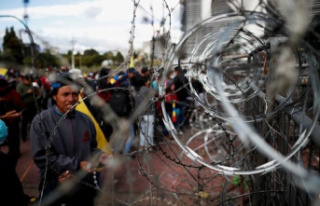 "We will not allow a coup in Ecuador by the mafias...