The Committee on Legal Affairs of the European Parliament did not verify this Tuesday the MEP minutes of Carles Puigdemont, Toni Comín, Clara Ponsatí and Jordi Solé. 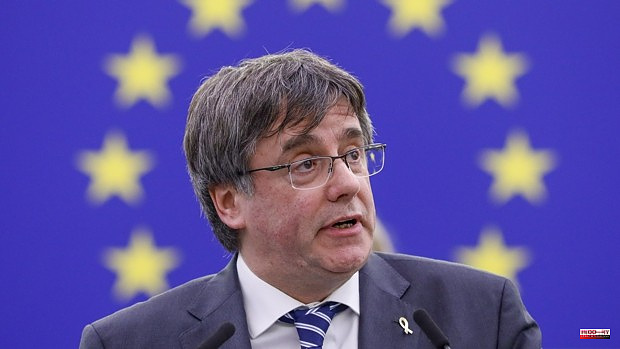 The Committee on Legal Affairs of the European Parliament did not verify this Tuesday the MEP minutes of Carles Puigdemont, Toni Comín, Clara Ponsatí and Jordi Solé. None of the four independence supporters went to Spain to swear or promise the Constitution, so the Central Electoral Board (JEC) never sent the mandatory official notification confirming them as members of the European Parliament. The non-verification, announced this Wednesday in plenary session, is the last twist in the labyrinth of MEPs with pending cases due to the 'procés', who could now lose their prerogatives as parliamentarians (voting rights, salary, budget for staff ...).

Their situation, on which the European Parliament will have the last word, has dragged on difficulties since the beginning of the legislature, precisely because of the refusal of Puigdemont and Comín to go to Spain to abide by the Constitution, given that it still weighed -and weighs today - an arrest warrant on them for sedition and embezzlement.

So, Ponsatí and Solé were not MEPs - they took office in February and July 2020, respectively. They also did not go to Spain to formalize their appointment because the Presidency of the European Parliament took refuge in the principle of equal treatment in order not to make distinctions with Puigdemont or Comín. Solé, to make matters worse, does not even have pending legal cases, and even so he avoided promising or swearing to the Constitution, a requirement that has always been fulfilled in Spanish democracy before the seat of national sovereignty.

The panorama of fugitives from Justice in the European Parliament has been complicated from the beginning. In the elections held on May 26, 2019, Puigdemont, Comín and Oriol Junqueras were elected. The latter lost his MEP status after being convicted of sedition and embezzlement by the Supreme Court. Then-president Antonio Tajani, in June 2019, said that he was "not in a position to treat them [Puigdemont, Comín and Junqueras] as future members of Parliament" because their names did not appear in the official notification sent by the Spanish authorities.

The JEC, since none of them had come to abide by the Magna Carta, did not include them among the notified names of MEPs elected by Spain. Now, as the Committee on Legal Affairs of the European Parliament cannot verify the credentials of these four pro-independence supporters, it is possible that the JEC will send the European Parliament the legal situation in which Puigdemont, Comín, Ponsatí and Solé find themselves based on to the Spanish electoral law. The president of that commission, the Spanish Adrián Vázquez, MEP for Ciudadanos (Cs), has already sent the president of the European Parliament, Roberta Metsola, a letter informing her of the verification process.

Article 224.2 of the Organic Law of the General Electoral Regime states the following: «Within five days from its proclamation, the elected candidates must swear or promise to abide by the Constitution before the Central Electoral Board. Once this period has elapsed, the Central Electoral Board will declare vacant the seats corresponding to the deputies of the European Parliament who have not complied with the Constitution and suspend all the prerogatives that may correspond to them by reason of their position, all this until such compliance occurs.

In other words, with the Spanish law in hand, and as the European Parliament did not verify the acts of the four independence supporters who did not abide by the Constitution to be MEPs, Puigdemont, Comín, Ponsatí and Solé could lose their salaries, the budget they have for hire personnel and the right to vote in the sessions of the European Parliament. This decision, however, remains in the hands of the European Parliament itself, which could well decide otherwise in the absence of precedent. The suspension of these prerogatives, in any case, would last only until they swear or promise the Magna Carta -something that implies their passage through Spain and their more than probable arrest- or until the General Court of the European Union rules on an appeal that Puigdemont and Comín filed against Tajani's initial decision not to consider them MEPs.

Between Tajani and Metsola, former president David Sassoli, who died this January, allowed Puigdemont and Comín to take possession of their act with full functions, ignoring that they had not complied with the Constitution. He did so based on the ruling of the Court of Justice of the European Union regarding the preliminary ruling raised by Junqueras, to whom he granted parliamentary immunity -which was rendered null and void with the conviction for the 'procés'- despite being in a situation provisional prison. Puigdemont and Comín argued that this recognition also implied that they should be appointed MEPs.

A thesis that tried to dismantle Cs with two letters to Sassoli on December 20, 2019 and January 6, 2020. Both letters remained unanswered, in what for Cs supposes "a legally erroneous interpretation" because Junqueras was in provisional prison, not escaped; because he was only granted the right to attend the meeting place of Parliament, not full MEP status; and because the fact of having recognized immunity did not eliminate the requirement of receiving an official notification from the Spanish authorities.

The verification process is usually completed months after the act takes possession. The minutes of the deputies who entered the European Parliament normally after the 26-M elections were verified in January 2020. In the current verification procedure, whose work was carried out between July and December last year, all pending MEPs of this procedure have been endorsed except for the four already mentioned; a decision endorsed by two different legal studies.

Vázquez, as president of the commission in charge of this procedure, drafted a letter approved with the votes of the members of that body, which was sent to the Plenary for the announcement of the verifications without vote or debate. Now it is the JEC who must make a move and later, once again, everything will remain in the hands of the European Parliament.

1 Schedule and where to watch the Euroleague Final Four... 2 Bee mortality: $12 million claimed to help beekeepers 3 The plane crash in China with 132 victims could have... 4 Carlos Sainz: "My first Grand Prix at home as... 5 Interior and Zarzuela prepare their own caravan and... 6 TotalEnergies announces a rebate of 10 cents per liter... 7 COVID-19: Quebec lists 14 additional deaths 8 Cryptocurrency: Poilievre Holds Assets While Promoting 9 Spring flood: flooded roads and residences in Lac-Saint-Jean 10 Dainese snatches the victory from Gaviria on the line 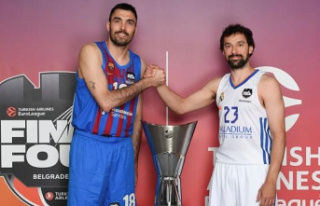 Schedule and where to watch the Euroleague Final Four...