The general secretary of the PSOE of Valladolid and mayor of the Valladolid capital, Óscar Puente, today expressed his belief that the appointment of Juan García-Gallardo as vice president of the Junta de Castilla y León can be "cheap" for demonstrating with his statements "what is the extreme right". 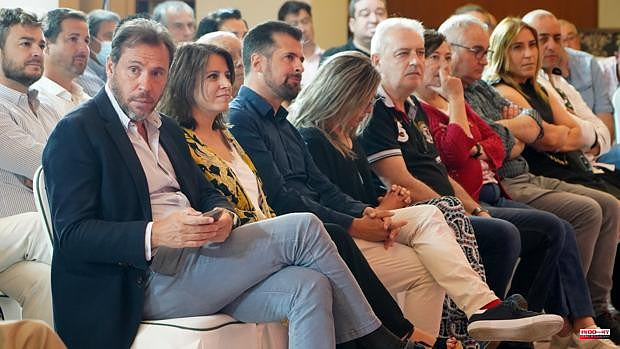 The general secretary of the PSOE of Valladolid and mayor of the Valladolid capital, Óscar Puente, today expressed his belief that the appointment of Juan García-Gallardo as vice president of the Junta de Castilla y León can be "cheap" for demonstrating with his statements "what is the extreme right".

During the first meeting with socialist mayors and councilors from the province of Valladolid, held at the Lasa Sport hotel in Valladolid, Puente assured that García-Gallardo's statements could end up benefiting the PSOE because he recalls "what the extreme right is" to those who "have forgotten that we suffered it 40 years ago" and who now return "to parasitize institutions, end public services, and end diversity and women's rights."

“That is the model that García-Gallardo wants to transfer to the town halls,” said Puente, something that he has trusted that “the society of Valladolid does not allow.” He has also assured the socialist mayors and councilors that "the result of the right does not have to scare them", given that "the PSOE of Valladolid is a united and strong party, with a specific project for our land", a "fortress" of the socialists against the "division" of the right with a Popular Party that he has described as "cornered by the extreme right".

Puente has assessed that his formation is "in a position to win the municipal elections" to "end the cacique practices" in the Provincial Council and in the municipalities "where the right has governed for more than 30 years." However, Puente has pointed out that for this the Socialists have to do their job this year to end "the mantra" that the PSOE "does not understand the rural world."

In this sense, he has defended that the socialist formation is neither against bullfighting, by respecting "the freedom of choice of those who like bullfighting and those who do not", nor against hunting, but against "the natural resources of the rural world. For this reason, he has pointed out that the PSOE "is and understands the field."

The act has had more than a hundred participants and concluded with an emotional delivery of plaques to the mayor of Marzales, José Luis Rico, who has been in office since the first democratic municipal elections, and to the relatives of David Hernández, councilor of Barcial de la Loma passed away in May 2020.

1 The referee of the Champions League final will be... 2 Zelensky predicts a world food crisis: Why the invasion... 3 Legislative in the Pyrenees-Atlantiques: the RN Francois... 4 Roland-Garros: Iga Swaitek moves up to eighth place,... 5 Roland Garros. Live: Jeanjean is stopped by Begu.... 6 Strain. Canyon accident: A 30-year-old injures 7 An injured by intoxication in the fire of a house... 8 Seseña recognizes the work of seven officers on Local... 9 The paleo-Christian basilica of Marialba in Leon will... 10 Hagetmau: The rugby players from Nevers are preparing... 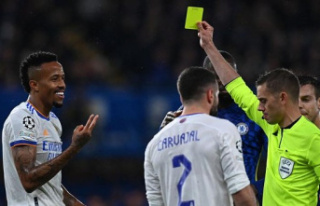 The referee of the Champions League final will be...