Public debt rises again in March and rises to a record 1,453 billion euros

The debt of the public administrations as a whole registered an increase of 0. 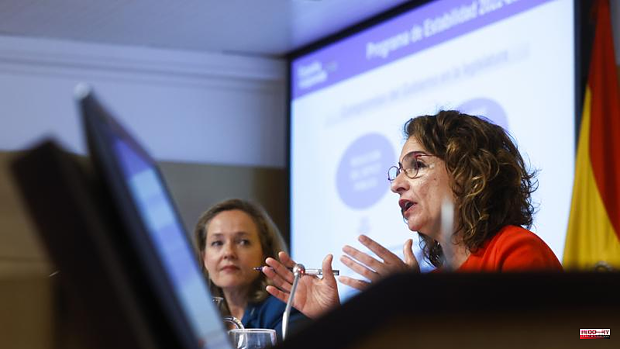 The debt of the public administrations as a whole registered an increase of 0.85% in March compared to February, reaching the historical maximum of 1,453 billion euros, which stands at 117.7% of GDP, according to data advanced this Tuesday by the Bank of Spain, which takes the nominal GDP of the last four quarters.

In the last year, public debt has grown by 4.4%, with 60,875 million euros more, as a result of lower income and higher expenses derived from the pandemic crisis and more recently due to the war in Ukraine.

The monthly rise in debt in March is due almost exclusively to the increase in State indebtedness, since the debt of the communities and Social Security has remained more or less stable in the third month of the year, and that of the municipalities has slightly upturned.

Specifically, in March the State debt stood at 1.274 trillion euros, also a historical record, which represents an increase of 0.95% and 12,068 million euros more in just one month, while in the last twelve months has increased by 5.3%.

On the contrary, Social Security debt has remained stable in March, with 99,187 million euros, only one million more than in March, but in the last 12 months it has risen by 16.2%, with which it remains in maxima.

The Bank of Spain explains that the increase in Social Security indebtedness in the last year is due to the loans granted by the State to the General Treasury of the body to finance its budgetary imbalance, accentuated as a consequence of the Covid-19 crisis.

For their part, in the third month of the year the autonomous communities have slightly increased their debt compared to the month of February, up to 309,811 million euros, barely 8 million euros more, although in the interannual rate it experiences a rebound of 0.7% .

The municipalities, on their side, have registered a debt in March of 22,471 million euros, 1.2% more than the previous month, while in the last year it has rebounded by 1.6%.

1 Tales for All will be reborn on Club illico 2 The Government hopes to attract new investment and... 3 Compromís demands the appearance of Marlaska for... 4 GEOs instruct Moldovan officers in critical response... 5 Zelensky asks Scholz for more help to expedite Ukraine's... 6 The OCU warns of an important security flaw in the... 7 Reshuffle: Djebbari has "no mood" to return... 8 Esquerra files a complaint against NSO and asks that... 9 The King and Queen receive the Emir of Qatar with... 10 Iturgaiz asks to inject one billion in aid to alleviate... 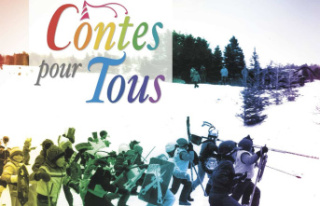 Tales for All will be reborn on Club illico