PSG: Roxana Maracineanu considers "regrettable" the refusal of Idrissa Gueye to play with the shirt against homophobia

A refusal to play that turns to political debate. 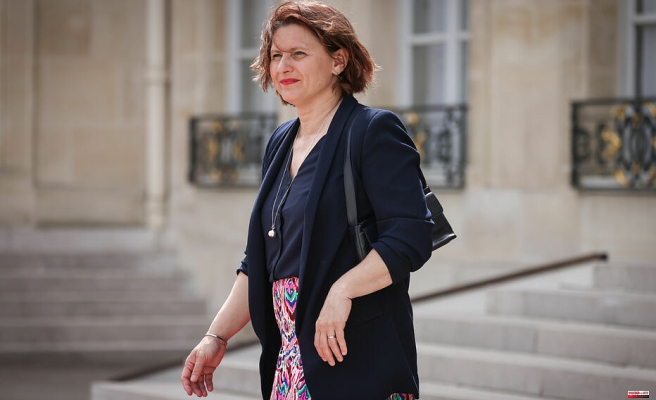 A refusal to play that turns to political debate. After Valérie Pécresse Monday morning, it is the turn of the Minister of Sports Roxana Maracineanu to evoke for Le Parisien-Today in France the file Idrissa Gueye, the PSG player who refused to play Saturday in Montpellier with a jersey provided with a rainbow number to fight against homophobia. If she considers the choice of the Senegalese international "regrettable", the former swimmer refuses to ask to penalize the player, referring this decision to the Parisian club.

How do you interpret the absence of Idrissa Gueye during the prevention day against homophobia?

ROXANA MARACINEANU. To my knowledge today, he has not affirmed or denied anything about it. The club put him in front of his responsibilities by evoking a personal motivation. Now the ball is in his court. Personally, I find it regrettable that he did not want to play.

Do you expect clarification from him?

I don't have anything in particular to look forward to now. If he had gastro, I hope he recovers quickly (Editor's note: she is ironic). Everyone has to think about their level. I am not going to replace his employer, it is up to him to see what action to take in this case. I don't know how the clubs presented the initiative to their employees. If putting on a jersey with rainbow numbers may seem trivial, it is an important and symbolic gesture that helps educate our youth. A player can refuse to put it on, we are in a democracy, but I repeat it again, I find it regrettable.

How disruptive is this case to the campaign set up this weekend?

Beyond the case of this player, I prefer that we measure the progress made. A few years ago, only Antoine Griezmann was clearly committed to this subject. Today, we are campaigning with Christophe Galtier and Adil Rami, and 500 players wear the rainbow jersey for a weekend, including Lionel Messi and Mbappé. In addition to the symbol, it also makes it possible to promote associations such as Foot Ensemble by Yoann Lemaire or the PanamBoyz. When I started talking about this subject in 2018, I felt a bit alone. There, things are progressing.

Aren't you afraid that other players will boycott this action in the same way in the future?

Tomorrow, maybe it can become a contractual obligation for the players. But I prefer to take the subject in the other direction: it is necessary that all the actors engage on this subject, because I believe that it must be consensus. We are in a country where everyone has the right to live their sexuality freely, and sport must reflect these principles. It doesn't have to be intolerance. I prefer to focus on the positive side of the initiative and see that a League and players are committed to this cause alongside us.

1 The best Valencian tapa of 2022 is a buñuelo-type... 2 The PNV will support the Audiovisual Law in exchange... 3 The environment of the ETA prisoners adds to the pressure... 4 Intercity celebrates its promotion in the Diputación... 5 Milan, one step away from winning the Scudetto eleven... 6 COVID-19: more than 150 homeless people fined for... 7 A crowd of fans welcomes the New Zealand team of rugby... 8 Reshuffle: Jean Castex has resigned, a new government... 9 [IN IMAGES] See or review the spectacular images of... 10 Kiss us to the Virgen de los Desamparados in Valencia... 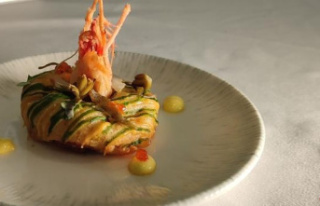