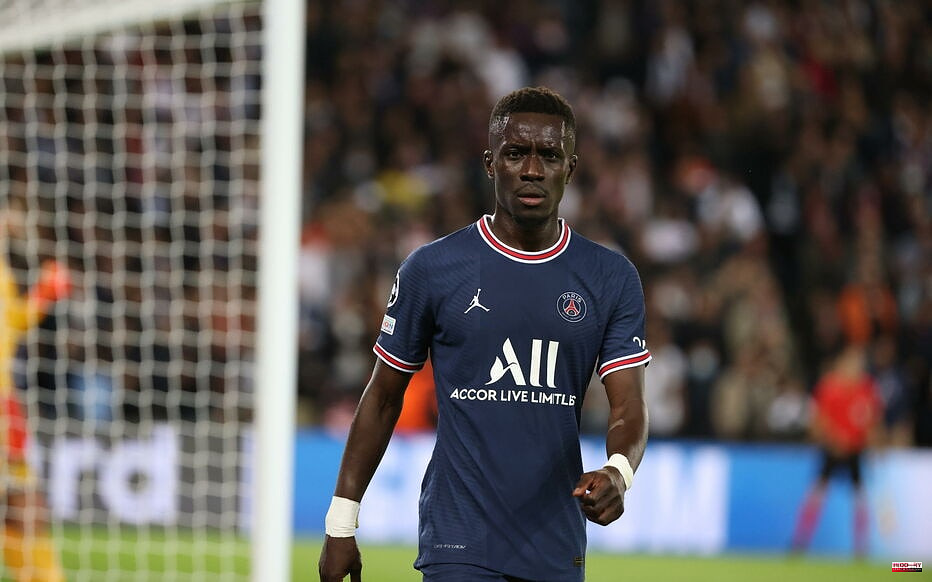 Chance sometimes reserves very curious coincidences. On Monday, Jake Daniels became the first active professional player to come out in the UK in 30 years. The revelation of the Blackpool player - the first since that of John Fashanu in the 1990s - is not just an event across the Channel.

Although it has no causal link, it comes just two days after Idrissa Gueye was considered the first player in France not to have wished to take part in the 37th day of L1 placed under the sign of the fight against homophobia. Saturday, during the trip from PSG to Montpellier, the Senegalese midfielder was removed at his request from the score sheet although he was fit to play from a physical point of view.

A case which, after having been mentioned in our columns this Sunday, took another turn this Monday morning, the debate going beyond the framework of football to invite itself into the public square and the political field. Valérie Pécresse, the president of the Ile-de-France Region did not hesitate to react to the controversy, even going so far as to ask for sanctions.

“The players of a football club, and those of PSG in particular, are figures of identification for our young people. They have a duty to set an example. A refusal by Idrissa Gana Gueye to join the fight against homophobia could not remain without sanction! she posted on Twitter even mentioning the official PSG account in her message.

In an interview she gave us, the Minister of Sports Roxana Maracineanu, she considered "regrettable" the choice of the Senegalese international. But she refuses to ask to penalize him, referring this decision to PSG. “The club actually put him in front of his responsibilities by evoking a personal motivation, she underlines. Now the ball is in his court. Personally, I find it regrettable that he did not want to play. I am not going to replace his employer, it is up to him to see what action to take in this case. »

"I don't know how the clubs presented the initiative to their employees," adds the Minister. If putting on a jersey with rainbow numbers may seem trivial, it is an important and symbolic gesture that helps educate our youth. A player can refuse to put it on, we are in a democracy, but I repeat it again, I find it regrettable. »

And she's probably not the only one. If it provoked all types of reactions on social networks, the player's decision did not, however, divide internally. The club, which flew to Doha on Saturday night for a two-day commercial tour with partners, had been rather discreet on the subject during the weekend.

But Monday evening, after 48 hours of radio silence, the club "dissociated" from its player. “Idrissa Gueye was not in the group for individual and personal reasons, said PSG. This decision is up to him. PSG have always been keen to fight all forms of discrimination and did so again this weekend. “Internally, if we say we are proud that Messi and Mbappé gave resonance to the event, we did not appreciate the “questionable” gesture of the player.

In the entourage of Gueye, and this is the whole paradox of this affair, we would not taste the magnitude taken by the affair and especially the shortcuts which would tend to make the Senegalese someone homophobic. “Anyone who knows him knows that Idrissa is not homophobic, assure several of his relatives. But rather someone open to others. This is evidenced, according to them, by the many charitable actions carried out by the player who, again last Thursday, organized a charity evening for the benefit of children victims of cancer and AIDS.

At the heart, for 48 hours, of a media storm that he did not see coming, the Senegalese does not understand the trial of intent that is being made to him. If he refuses, for the time being, to speak, it is precisely that he believes he knows who he is and does not have to explain the surrounding interpretations. A reaction which leads some to think that beyond individual convictions, it is not to be excluded that the player could have made this choice to spare some of his relatives.

It remains to be seen what consequence his choice will have on the rest of his adventure in Paris. The club and the player will not spare an interview around this affair. But as Tatiana Vassine, a lawyer specializing in sports law, explains, “there is little chance that we will come to a breach of contract. »

For Master Jean-Jacques Bertrand, depending on the reason, justifiable or not, given by the player, "the sanctions could range from a simple call to order, to a warning, through the removal of the ethics bonus . A sanction to which Hatem Ben Arfa had been subjected for not having gone on an internship in Qatar and which will be judged on appeal on January 17.

1 Footballer Jake Daniels becomes the first British... 2 Barrier-free tolls between Paris and Normandy at the... 3 Law 96: the Bloc does not want to see Ottawa intervene... 4 The Buffalo supremacist intended to follow the massacre... 5 Barnett: "Bale is leaving Real Madrid, but his... 6 Biden and Mitsotakis celebrate a Greek-American relationship... 7 UPL decides to break its pact with the PSOE in the... 8 LGTBI activists are boycotting the presentation of... 9 Montreal has lost its two whales 10 Telework: It's up to the employer to allow it... 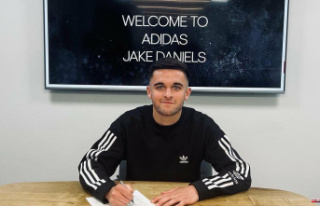