Prosecutor maintains 5 years in prison for the accused of painting the statue of Columbus, who denies the facts

Seen for sentencing, the case of the young man accused of painting the statue of Christopher Columbus in Valladolid in 2019 and stealing inside the headquarters of the National Democracy party has remained, facts for which the Prosecutor's Office and private prosecution have maintained their request for a sentence of five years and three months in prison, while the defense has demanded the acquittal of the accused, who in his statement has denied his participation in both episodes. 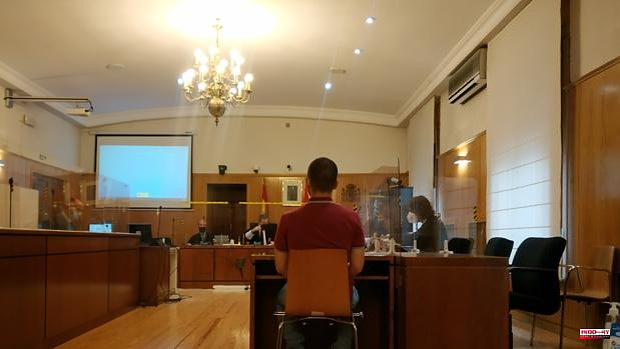 Seen for sentencing, the case of the young man accused of painting the statue of Christopher Columbus in Valladolid in 2019 and stealing inside the headquarters of the National Democracy party has remained, facts for which the Prosecutor's Office and private prosecution have maintained their request for a sentence of five years and three months in prison, while the defense has demanded the acquittal of the accused, who in his statement has denied his participation in both episodes.

In response only to the questions of his lawyer, the accused, Pablo F.D, who at the time of the events was 20 years old and had no criminal record, has withdrawn from the hearing held at the Provincial Court of Valladolid of the accusation that weighed on him.

In the case of the damage to the monument in the early hours of Hispanic Day 2019, he has assured that he did not participate and that the documentation that his institute provided to the police to compare his handwriting with the one that was recorded at the foot of the statue He doesn't recognize it as his. Regarding the stolen objects, which were found in a bag that she was carrying leaving her home, she has assured that it corresponded to material from an exhibition.

Among the witnesses cited in the trial were the instructor and secretary of the police report that collected the investigation of the case and who explained that after viewing the video in which the moment in which the damage was caused to the statue was recorded, with eggs filled with graphic paint and the writing of the phrase “Spanish is fascism”, the investigations were directed towards the members of Yesca, the youth section of Izquierda Castellana, since the hooded men who starred in the action had signed. With this starting point, they searched among the identified members of this group and by age, corpulence and appearance, they reached Pablo F. D, whose responsibility they pointed out in his writing.

When he was arrested a month and a half after the events, he was carrying the alleged stolen objects, which were recognized by a member of Democracia Nacional who has narrated in the courtroom how he first denounced an attempted assault and when he went to the premises the next day he verified that "this once yes» someone had entered the dependencies and had seized different material such as pre-constitutional flags and 'golden dawn'. Although "we are antagonistic", to date there had been "discussions or confrontations but without getting to more" between this formation and Izquierda Castellana, pointed out the witness, backed at the doors in a break by relatives who from the Plaza de San Pablo defended the guilt of the accused, while a few meters behind a police barrier those related to Pablo F. D. proclaimed his acquittal.

Likewise, the director of the Provincial Archeology Museum of Valladolid, Eloísa Wattemberg, has given a statement, who has defended the historical, cultural and artistic relevance of the monument for which she understands that it should receive protection equivalent to a BIC; the person in charge of cleaning the statue and a restorer who was entrusted with a budget for the recovery of the piece -which was not undertaken and who denounced that he was not heeded regarding his recommendations in the treatment of it -; and the expert in charge of wooing the defendant's writing with that embodied in the statue, who has assured that very specific identifiable features and difficult to imitate were registered between both, such as the stroke of the 'o' backwards.

Having listened to witnesses and experts, the Prosecutor's Office has maintained its previous considerations and considered the facts constituting a crime against historical heritage in competition with one of hate for which it requests three years and three months in prison, as well as another of robbery with force in things, with the aggravating circumstance of hatred, for which he claims two years in prison for the assault on the headquarters of Democracia Nacional and a 600-euro fine for the damage caused therein.

The defense, for its part, has demanded free acquittal, pointing out that there are "no indications" of guilt of its represented and in the event that this is estimated by the Chamber, it has rejected that the statue be considered historical heritage and that it is a hate crime in that “what has been done is a criticism of colonialism. No one has been offended" with what he defends was a "historical review" that was repeated "all over the world."

1 Boris Johnson, 50 votes away to save the censorship... 2 The collapse of the police control in Barajas leaves... 3 The Acerinox board closes the door to a possible merger... 4 La flota de la Sardindha Cup partió de Cup Saint-Gilles-Croix-de-Vie... 5 The brothers Gustavo and Rafael del Castillo, champions... 6 Officials say dozens are dead in a 'Satanic"... 7 China rejects charges from Australia and Canada in... 8 South Africa's President is under investigation... 9 Formoso shows his disappointment after confirming... 10 Page announces that it will create the Transparency... 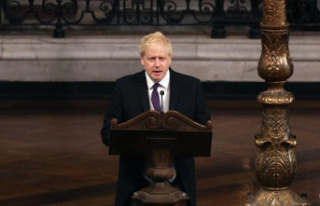 Boris Johnson, 50 votes away to save the censorship...