Project in East Africa: Deutsche Bank does not want to finance controversial pipeline

In East Africa, a 1,400-kilometer crude oil pipeline is to be built between Uganda and Tanzania - developed by the French energy group Total and a Chinese company. 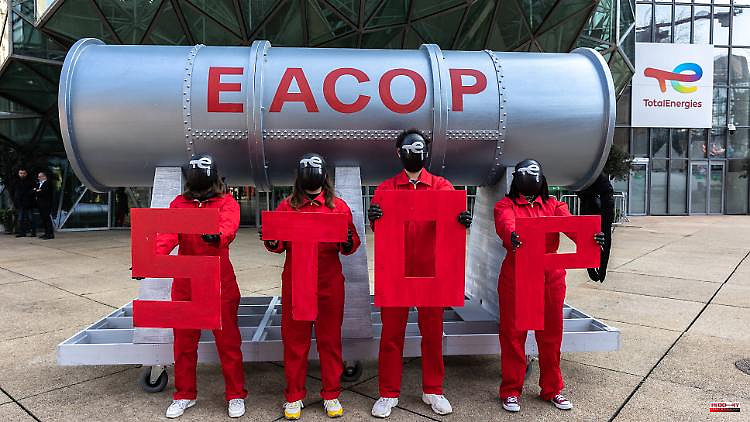 In East Africa, a 1,400-kilometer crude oil pipeline is to be built between Uganda and Tanzania - developed by the French energy group Total and a Chinese company. Environmentalists have protested against it. Deutsche Bank is now also positioning itself.

According to an insider, Deutsche Bank is not financing a controversial pipeline project in Africa. The Frankfurt bank has not been part of the financing so far and will not be, said the person familiar with the situation. Environmentalists criticize that thousands of families would have to give way for the more than 1,400-kilometer-long East African crude oil pipeline, which stretches from Uganda to Tanzania. In addition, nature reserves would be attacked.

Germany's largest bank is under pressure to clarify its stance on the $3.5 billion project. The bank's annual general meeting is scheduled for Thursday, which repeatedly attracts protests. For the next few days, environmental activists from the organization 350.org are planning demos against Deutsche Bank. "Many major banks and insurers have already withdrawn from this devastating project," the group said recently. Deutsche Bank is one of the few European financial institutions that has not yet given a refusal.

"We do not comment on customer relationships," said the bank on request. The institute supports the transition towards a low-carbon economy. Financing would be assessed on a case-by-case basis and would take environmental aspects into account. The bank supports its customers in the change. Part of the strategy is not to consciously finance projects or activities that destroy forests, protected areas or moors.

The French energy group Total, which is developing the pipeline together with a Chinese company, recently emphasized that it was taking steps to mitigate the effects on the environment and people. The activists, however, criticize that the water supply for millions of people is endangered. The pipeline also goes through important areas for elephants, lions and chimpanzees.

1 Demare repeats victory in the Giro by one centimeter 2 Prices have been rising since 2021: tires are becoming... 3 The indisputable records of the questioned Simeone 4 Women conquer the waters of the Abra 5 Betic Joaquín congratulates 'Juanpe' López,... 6 Traded expensively on Ebay: Barbie Queen sold out... 7 The Euskaltel cyclist Gotzon Martín recovers from... 8 The Grizzlies destroy the Warriors in their first... 9 Larkin, James, Vezenkov, Mirotic and Tavares, the... 10 London finalizes unilateral measures against the Brexit... 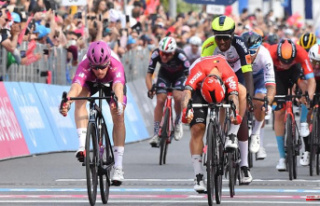 Demare repeats victory in the Giro by one centimeter