The musician Bobby Gillespie returned to Barcelona yesterday, but this time not as a singer and leader of the rock band Primal Scream, but as the author of his autobiography Un chaval de barrio (Contra). 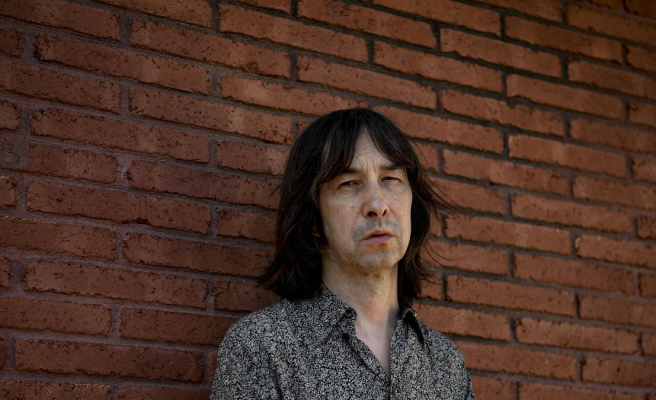 The musician Bobby Gillespie returned to Barcelona yesterday, but this time not as a singer and leader of the rock band Primal Scream, but as the author of his autobiography Un chaval de barrio (Contra).

For this reason, the man who was also the drummer for the Jesus and Mary Chain closed the Subsol series on Thursday, held at the CCCB. And yesterday the Scottish musician and activist left Barcelona – which he visited twice in 2019 leading his band at Primavera Sound and at the Mil lenni Festival – but before that he explained that he would soon begin a celebration tour with his band of the thirty years of his referential album Screamadelica.

In a few days they will return to the stage, right?

We will do fifteen concerts, of which ten will be arranged to play the Screamadelica album in its entirety. We return to concerts after two years of absolute hiatus. Last week we started rehearsing that album, and we saw that most of the songs are like bullets.

In those rehearsals did you have any sense of nostalgia playing songs from thirty years ago?

I think the songs are good and I like to sing them again. But the curious thing is that at this same time we are playing new music, very political themes, like long rap diatribes. Although doing the Screamadelica is still doing a job because our current vibe goes elsewhere, we do it at ease and it's a good show with five or six gospel singers.

Did the appearance of the pandemic make it easier for you to write and, above all, finish the book?

Yes, but I already had it prepared before the outbreak, so to speak. I wanted to artistically challenge myself by writing it.

His biography ends with the release of the aforementioned Screamadelica album in 1991, that is, halfway through his life; Some reason?

The editor suggested to me that it would end that year. But since I had not written any book until now, my story ended in 1998. It was cut, until reaching that year because I exceeded the length. But well, I suppose that in the future I will do a second part of the book. He wants it, but I'm not sure yet. But I have things to say about the 90s that I don't think anyone else can… I have a cultural landscape in my head that I don't think many British solo or band musicians have. I have been, I am, alert to my surroundings, to the social and political situation of my times, and the other musicians were exclusively attentive to his career.

Have you always had that predisposition?

Yes. My thoughts have always been my desire to become a songwriter and express myself, and be an artist and experiment, and at the same time I wanted to see the effects of that on people, always with the intention that what I did would be much more entertaining. . The basic idea is that he had a platform, he had a voice, and you had to see how he used them to inspire other people. After all, punk inspired me.

From what he tells in his book, he intensely enjoyed music, glam, concerts, acid rock. It seems sometimes that he was the priority.

Of course the scene, the music, the drugs, the friendships I made, the dance was very important but there was more, there was experimentation, search, building bridges with other genres, and making people, the fans, participate in that restlessness. I don't think many people in Britpop bands thought along those lines. Rather they wanted to become rock stars. I don't know, but I never had that feeling.

And what did you want to be?

One of the characteristics of the times, for example, of acid house was the enormous consumption of drugs, as he explains in his book. Can I ask if it's a miracle that he's still alive with what he got into?

I don't know, I have no answer to that. But if you look at the photos in the book, some of the musicians who appear with me in the photos, musicians and artists, died of drugs or some committed suicide. Yeah, maybe I'm a survivor.

Would it be an exaggeration to say that the three pillars of your life are being a musician, being an activist and being a fan of Celtic Glasgow?

How are you digesting Brexit?

I feel part of Europe, and Brexit is crazy, but I do not have an emotional connection with the European Union, but with internationalism. And it doesn't interest me because the EU's course is neoliberal, which doesn't mean that for me, who am a socialist and an internationalist, it is a good idea for European countries to cooperate with each other. But I insist, in the last four years neoliberalism has been imposing itself in an unstoppable way.

And do you understand why your compatriots chose Boris Johnson as premier?

Yes, because they are stupid. And because English nationalism voted for him out of fear that the socialists would win, because in reality they did not want a government that would redistribute income among the entire population. I vote for Corbyn because for me he is the only option that can reverse this situation. And looking back at Brexit, a lot of the people I know who support it, three or four years earlier they would never have done it. The key is that English nationalism is steeped in neoliberalism, and now this neoliberalism is being replaced by techno-feudalism. It is the immediate future. Look at Elon Musk, look at the owner of Pay-Pal who is a techno fascist. And given this it is very gratifying to know that Celtic fans are on the left.

I go back to britpop and put myself in its shoes: is it somehow like a synonym for bourgeois music?

Blur, definitely yes. Oasis is not proletarian music but it could be considered that they make proletarian lumpen music. But I only know that it is music that is not for me. For me, from that time the music that interested me was that of Tricky, Massive Attack or that which came out of the Mo Waxley record label. I never actually listened to Britpop because I was too old...

1 Guide to get lost in the night of the museums 2 The mill wheel that marks the peak of Barcino 3 The last train of audiovisual Barcelona 4 The Masdovelles lawsuit lasted sixty years 5 The skin that inhabits the tattoo 6 What happened to the arms of the Venus de Milo? 7 Two visions of Gabriel Ferrater 8 ‘Muixerangas’ and ‘ball de bastons’ so as... 9 The workshop of the workshop 10 Teresita did not play the diva 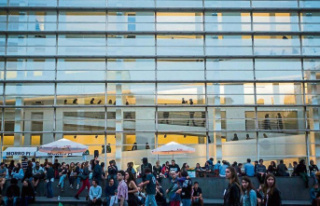 Guide to get lost in the night of the museums