Anatoly Antonov is the Russian Ambassador to Washington. 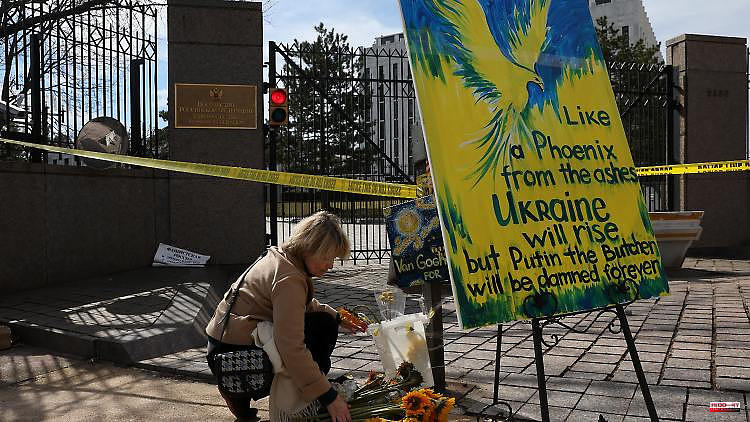 Anatoly Antonov is the Russian Ambassador to Washington. In times of the Ukraine war, this is a very challenging job, because the diplomats also get the feeling that the USA is supporting Ukraine in this conflict. The ambassador has the feeling of sitting in a fortress.

According to the Russian ambassador to the US, Russian diplomats in the US are being threatened. "Our embassy is in a hostile environment. Embassy staff are receiving threats, including threats of physical violence," the Russian news agency TASS quoted Ambassador Anatoly Antonov as saying.

The operation of the embassy is currently like a besieged fortress, Antonov said on the Soloviev Live program. "Every day near our mission there are anti-Russian rallies, hooliganism and vandalism."

US security agents would hand out CIA and FBI contact numbers outside the Russian embassy. According to Antonov, Russian diplomats and military officials would be pushed into treason. "What is appalling is that renowned politicians, whom I used to respect and whose knowledge I valued, are now publishing calls in the US media for Russian diplomats and military officials to switch sides to so-called democracy. In fact, my comrades are becoming pressured into treason, which every country regards as a despicable act," the envoy said.

According to Antonov, the US authorities have completely stopped personal contact with employees of the Russian embassy in Washington. However, the Russian Embassy in Washington is continuing with normal diplomatic operations. The CIA and FBI have so far declined to comment, and the US State Department could not be reached for comment on the matter.

Russia has been militarily attacking Ukraine since February 24. The United States is supporting Ukraine with massive military aid. US Secretary of State Antony Blinken and Secretary of Defense Lloyd Austin announced further armaments aid during their visit to Kyiv at the end of April. Since the beginning of the war, several countries have expelled Russian diplomats for accusing them of espionage, including Germany. In return, Russia then expelled diplomatic representatives of the respective states.

1 More inquiries, more hits: interest in the Bundeswehr... 2 [IN IMAGES] Who is telling the truth? Hired in a cellar,... 3 Peace researcher Deitelhoff: "Putin and Russia... 4 García-Gallardo assures that the program for Agriculture... 5 Questions and answers about the election: who can... 6 Finland formally approves its candidacy for NATO 7 The night of war at a glance: Ukraine wants to hold... 8 Vote in the Bundesrat: CSU threatens to block the... 9 High hurdles to living together: Buschmann announces... 10 Approval for "Marder" missing: Niebel accuses... 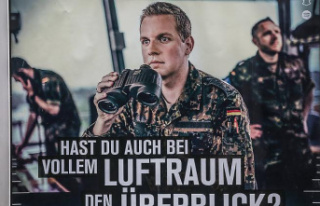