On April 14, during the first round of the presidential election, TF 1 won the battle for audiences by uniting 7. 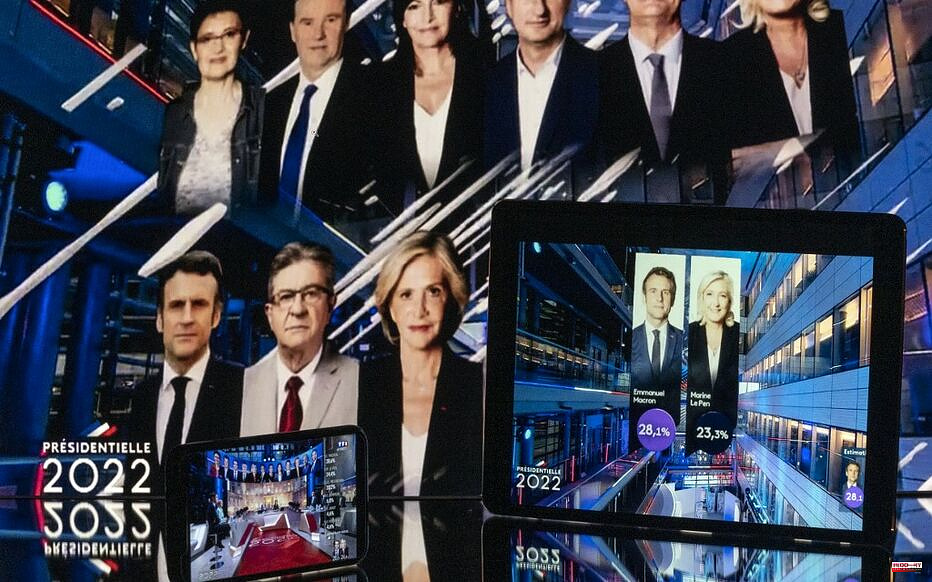 On April 14, during the first round of the presidential election, TF 1 won the battle for audiences by uniting 7.3 million citizens over the whole of its evening, against 4.6 million for France 2. So, this Sunday, April 24, the One has decided not to upset its device. Anne-Claire Coudray and Gilles Bouleau will return to the air from 6.30 p.m. on the same set, in the heart of the channel's premises, and will welcome the main political leaders there. Duplex with the campaign headquarters of the two candidates, reporters on motorcycles crisscrossing Paris, journalists deployed in the regions, in key cities with electoral stakes and analysis of reactions on social networks will punctuate the evening.

For its part, France 2 (of which Le Parisien-Aujourd'hui en France is a partner) made some adjustments after a first evening marked by the deployment of technological prowess, which brought more pedagogy, but gave the whole a coldness picked up by viewers. Exit therefore the connection by giant screen between Anne-Sophie Lapix from the set of 8:00 p.m., and Laurent Delahousse in the huge hall of the headquarters of public television.

The two journalists will stay together for the duration of the program. They will be in the hall transformed into a studio, with duplexes in the main European cities, from the airing at 6:25 p.m. until the announcement of the results at 8:00 p.m. Then on the set, for reactions, debates on the upcoming legislative elections, and analyzes by political editorialists.

On France 3, like two weeks ago, viewers will find a special edition of 19/20, presented by Carole Gaessler and Francis Letellier, from 7:30 p.m. to 8:45 p.m. M 6 also mobilizes its editorial staff for a special edition of about an hour, hosted by Nathalie Renoux, from 7:45 p.m.

The news channels, on the other hand, will reproduce the devices of the first round. On BFMTV, Apolline de Malherbe and Maxime Switek will be on the air from 6 p.m. to 10 p.m. (simultaneously on RMC from 7 p.m.), followed by Jean-Baptiste Boursier until 1 a.m. CNews, simultaneously on Europe 1, entrusts the reins of the evening to Laurence Ferrari from 7 p.m. to 10 p.m., then to Sonia Mabrouk until midnight. On LCI, the public will find Ruth Elkrief, Julien Arnaud and their guests from 6 p.m., before giving way to Darius Rochebin at 11 p.m. As for Franceinfo channel 27, it is Louis Laforge who will offer a special evening from 6.30 p.m., presenting the first results there too thanks to the use of augmented reality.

Finally, LCP-Assemblée Nationale and Public Sénat are joining forces to offer a program from 7:30 p.m., with Brigitte Boucher and Thomas Hugues. As a reminder, on May 7, 2017 at 8 p.m., 27.1 million French people were in front of their screens to discover the results of the election live.

1 Los toledanos Ethnos Atramo', from the synthesizer... 2 Independence students are chained before the Government... 3 This is the ATP ranking after Djokovic's triumph... 4 UMA Antequera stars in the greatest feat of Spanish... 5 The war leads Europe to the largest trade deficit... 6 McDonald's withdraws entirely from Russia 7 The RFEF ensures that Rubiales' trip to New York... 8 They find the 10-year-old girl who had disappeared... 9 The RFEF denies that Rubiales' trip was private:... 10 Gotzon Mantuliz fulfills one of his dreams as a child... 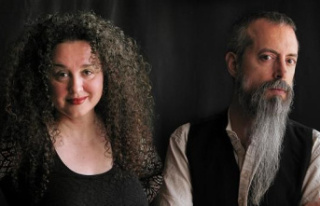