Almost two hours before the opening of the border there was already a festive atmosphere in Tarajal. 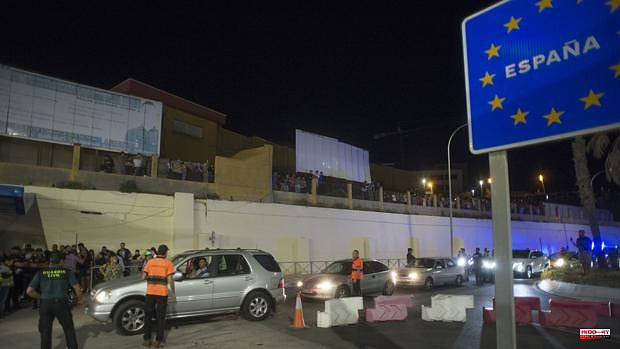 Almost two hours before the opening of the border there was already a festive atmosphere in Tarajal. At the entrance roundabout only those people who went to work from the hours before were allowed to pass. On the descent curve to the industrial estate, from which the border crossing is visible, the children shouted: "Open the border!" It was a ditty that presaged what was to come. An explosion of joy from hundreds of people, most of them curious crowded by the exit door. “We come to see. We are not going to spend until the weekend, but we want to know if it is true, "said Hosmeni.

As midnight approached, the anticipation increased. The children ran along the sidewalks of the border and the cameras woke up the ululeo, that high-pitched cry of Arab women waving their tongues.

There was celebration that night. That characteristic feminine 'trill' presaged that it was a big day in Tarajal. It was like that, until when there were minutes left for 00:00 on Tuesday, the first line of people formed at the border. "I want to hug my sister," Zaida said.

Armed with their passport, when the Civil Guard opened the lock on the access door to the gate, the first residents of Ceuta began to enter who, with their Spanish passport, reached Moroccan soil. Those who had the guideline of three complete vaccines entered Castillejos, but those who did not, were returned. Then the motorcycles began to arrive, which were checked one by one and, later, the cars. Two women with a full trunk were returned to Spain. The passage of any merchandise is not allowed.

"Not a bag of tomatoes," Salvadora Mateos, the Government delegate in Ceuta, had warned. "Not a single danone," the Moroccan authorities had said. Nothing until the commercial customs agreement is sealed. But by the time those returns occurred, the party was already complete. At the door through which those arriving from Morocco had to enter, those who did not meet the sanitary requirements left to join a party that was at its peak.

There were prayers, chants and they even manteaban the elders who acted as masters of ceremonies. Nothing mattered anymore. The border was open. Few came from Morocco. At first a few motorcycles and then personal on foot. All were reviewed by the Spanish authorities.

Around 2:00 in the morning, the bag of cars that had waited next to the hospital on the way up to the El Príncipe Alfonso neighborhood began to empty. They were those who had arrived from the Peninsula called by the opening of the border, wishing to save money on the trip. “The ferry to Tangier is very expensive, if you go through Ceuta it is much cheaper”, pointed out one of the neighbors who was waiting. Finally, the border was open. Waiting to continue expanding the transit with cross-border workers this coming May 31 and with the forecast that a possible flood after the midday prayer next Friday, when the requirements are already clear among the population and there are several days of filming after two and a half years without anyone passing through.

1 Mitch Marner threatened with a gun 2 Finally positive for the Jays 3 The Swiss Army Knife of the Mariners 4 The great return of Don Giovanni 5 Hells Spring Cleaning 6 "You can be Catholic and pro-choice" 7 Bonuses ended on Saturday 8 A swimming pool shock treatment that could have turned... 9 The 'Replacement': The US Far Right Ideology... 10 Rangers vs. Hurricanes: An Unborn Rivalry 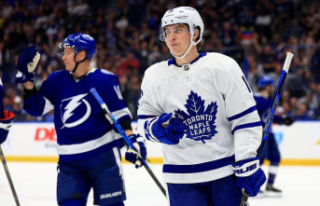