PP, Vox and Cs save the processing of the Government's National Security Law

In the midst of the greatest crisis that affects the usual majority supported by the Government due to the case of espionage against independence leaders, the PP of Alberto Núñez Feijóo, together with Vox and CS, have facilitated the Pedro Sánchez Executive the processing of the new law of National Security against the amendments to the totality that ERC and Junts presented and that have been debated this Thursday in the Congress of Deputies. 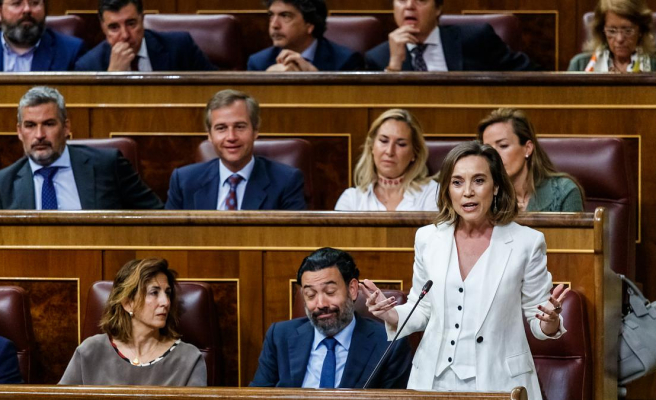 In the midst of the greatest crisis that affects the usual majority supported by the Government due to the case of espionage against independence leaders, the PP of Alberto Núñez Feijóo, together with Vox and CS, have facilitated the Pedro Sánchez Executive the processing of the new law of National Security against the amendments to the totality that ERC and Junts presented and that have been debated this Thursday in the Congress of Deputies.

It was the general secretary and spokesperson for the main opposition party, Cuca Gamarra, who announced the direction of her party's vote against these amendments in an interview on Telecinco, where she defended that the PP is "a state party" that "is up to” what Spain “deserves” and will act as such “in decision-making”.

Later in Congress, the popular deputy Juan Antonio Callejas confirmed that his party is going to have a "sense of State" and will not support the amendments to the whole, while at the same time warning the Executive that he is not going to give "a check in white" and summoned him to negotiate the norm "article by article" to have a national security law that, in his opinion, is "totally necessary".

Callejas made it clear that there are points in the law that the PP does not like and summed it up in a descriptive sentence: "With this law, Pedro Sánchez can confiscate your property and force you to perform functions or services without receiving any type of financial compensation and president's gambit, and what a president".

The PP deputy took advantage of his speech to charge against the alliances of the Executive and contrasted his position with those who "do not want a national security law." "What they intend to do together and ERC is to weaken and break up Spain; on the other hand, the PP says yes to our national security, says yes to our nation and says yes to Spain," said Callejas, for whom "Spain has the right to protect and defend itself against those who seek to destabilize it even if they are members of their own State or even members of an administration of this".

The Vox deputy Javier Ortega Smith warned the Government that it cannot "put itself in the hands" of those who "have shown the most absolute disloyalty to the interests of the State." Also the deputy of Ciudadanos Miguel Gutiérrez lamented a debate of this height after the "farce" of recent weeks on national security and the 'Pegasus case'. "Do you think that someone with a minimal sense of state is going to pass a bill that puts state secrets in the hands of enemies of the state?" he warned.

Minutes earlier, the ERC deputy Montse Bassa defended her amendment to the entire regulation with the argument that "the national security laws of Spain have always been written and applied against the national security of the Catalan nation and of the other nations of the State, because it is a law that denies rights and freedoms, a repressive law that, like all repressive laws, is always used against our people".

In addition, Bassa accused the PSOE of "buying the mental and ideological framework of the right both in the discourse of fear and security and in the Spanish nationalist field". And he reproached the Executive that instead of repealing the PP law they legitimize it and give it "one more twist". For Bassa, with the approval of this law, the PSOE assumes "the concept of security of the right and of the extreme right based on a police and repressive state instead of a progressive security concept based on the welfare state, democracy, and human rights." For this reason, he considered that with this law "you do not win, Vox wins" and argued that the Government is "serving all the repressive resources on a silver platter so that they can make use of them when they come to power."

The Republican deputy lamented that the law grants the Presidency of the Government and the National Security Council "exorbitant" powers since "with an arbitrary and discretionary nature" they can absorb and centralize all the material and personal resources of the Autonomous Communities and their competitions, "relegating them to the role of spectators. All this, she denounced, only declaring the situation of national security interest, when the Government "deems it convenient, without prior consultation or deliberation of the legislature." "Whenever the government wants," she summed up.

In a similar way, the deputy of Junts Míriam Nogueras expressed herself to defend the amendment of the plural group, among other things because in her opinion that the law "fulfills the powers" of the Autonomous Communities in matters of public security and civil protection.

Nogueras disfigured the Executive that is "preparing the way so that a future government of PP and Vox can finish off what remains of fundamental rights and freedoms in the realm of the Spanish State" and focused on the consequences that the rule may have in independence. "When some states have the objective of destroying a political ideological movement that they do not like, some call it a national security problem and with it laws like this, violence and prison and something that is very topical such as espionage are justified."

"The wolf is coming, it doesn't work anymore," warned the pro-independence deputy, alluding to the right and the extreme right. "You are very scary because you are the wolf in socialist clothing," he snapped at the government, to denounce the legalization of the intervention of electronic communication networks and services without judicial authorization or an agreement with Russia on a plan to fight disinformation .

It was the Minister of the Presidency, Relations with the Courts and Democratic Memory, Félix Bolaños, who defended the legislative reform and asked for the consensus of all the parties to improve the mechanisms that make it possible to deal with crises and emergencies, incorporating the "lessons learned" from the pandemic.

1 ERC defends this Thursday the repeal of the current... 2 The PSC avoids Cambray's disapproval for the... 3 The political storm intensifies over Sánchez after... 4 Spanish fashion looks to the US as a key strategic... 5 Borràs has a snack in Turull 6 Next stop: face to face 7 Alsina advocates critical Europeanism and asks the... 8 Junts will hold the second phase of the congress,... 9 The borders of Ceuta and Melilla will open "in... 10 Víctor Terradellas dissociates Puigdemont from contacts... 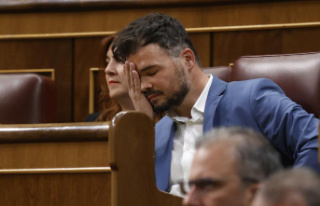 ERC defends this Thursday the repeal of the current...