The opposition has charged against the Minister of Equality, Irene Montero, for her trip to the United States, with the Secretary of State for Equality, Ángela Rodríguez and two advisers, including the former regional deputy in Madrid, Isa Serra. 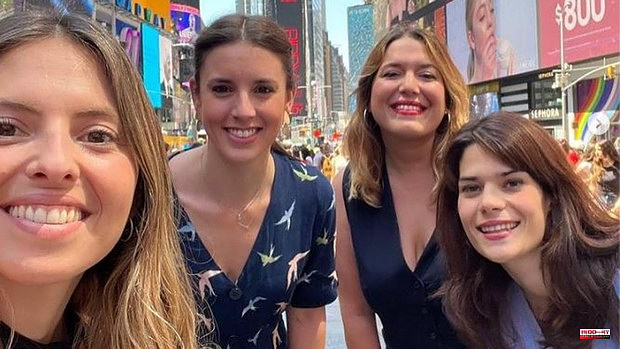 The opposition has charged against the Minister of Equality, Irene Montero, for her trip to the United States, with the Secretary of State for Equality, Ángela Rodríguez and two advisers, including the former regional deputy in Madrid, Isa Serra. The Podemos leader met at UN Women, the agency for gender equality, and with the White House assistant on racial justice and equality.

The coordinator of the PP, Elías Bendodo, at a press conference, has also criticized the minister and has announced that they will ask for explanations. The popular do not see "neither good nor bad" Montero's trip with his advisers and has ironized that now "they embrace with admiration the cradle of economic liberalism."

Bendodo has pointed out that the trip gives an image "of total free vacations", because some already feel that they have little left in the government.

The Vice President of Political Action of Vox, Jorge Buxadé, has described the official trip of the head of Equality, and her team at the Ministry, to the United States as "a pajama party in New York" and has reproached them for "exhibiting it because they think they are untouchable.

“They have moved the pajama party to New York, laughing at the Spaniards,” criticized Buxadé, who has also criticized the trip for the economic situation faced by a large part of the Spanish population. The Vice President of Political Action of Vox considers that it is a "superb act with which they are insulting the Spanish and on top of that they publish it on social networks." The leader of the Abascal formation has ended the intervention predicting the end of the coalition government: "some people whose political activity will soon perish by force of the ballot boxes."

1 Colau fails for the sixth time in a row, with a 4.1,... 2 Olías del Rey, the second municipality that receives... 3 The Provincial Council of Valladolid guarantees quality... 4 CCOO denounces the Board for "recklessness"... 5 Germany fears a Russian gas cut from the 11th with... 6 Calviño once again sits unions and CEOE to negotiate... 7 Joint solutions to meet the global challenge of sustainability 8 The Swan World Cup arrives in Valencia with a high-level... 9 Real Madrid dispenses with Laso, legend of the white... 10 Wide Spanish representation in the European 49er and... 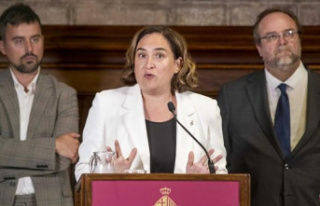