MINNEAPOLIS, (AP) -- The manslaughter case against a Minnesota police officer was held in Minnesota. Jurors were shown the differences between her Taser and handgun. This was to ask jurors how an experienced officer could have confused the two weapons during Daunte Wright's shooting death. 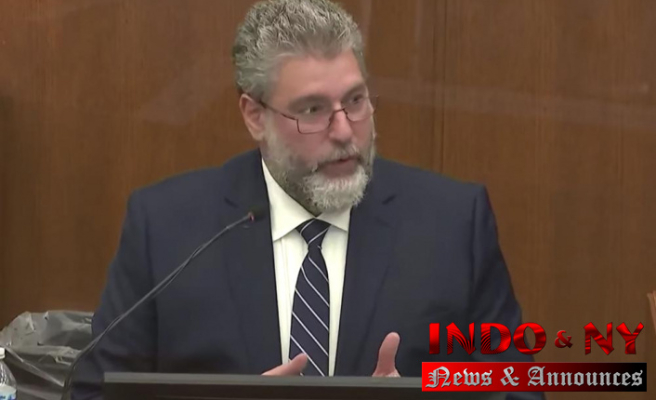 Wright, 20 years old, was struck and killed by an expired license plate tag. He also had an air freshener attached to his rearview mirror. Kim Potter, 49 is being charged with manslaughter.

Potter, a 26 year police veteran, quit two days later to try to stop Wright. He pulled away from officers and got back into his car while they tried to arrest him for a warrant for a weapon charge. Potter was white while Wright was Black. His death occurred while Derek Chauvin was being tried in Minneapolis for George Floyd's murder. This triggered several nights of protests at Brooklyn Center.

Although the defense calls the shooting a terrible mistake, she also claims that Potter would have been allowed to use deadly force against Wright because he may have dragged another officer (then-Sgt. Mychal Johnson with his car.

Sam McGinnis was a senior agent with the Bureau of Criminal Apprehension. He testified Monday that Potter's belt contained holsters that required an officer to take deliberate actions in order to release the weapons. The pistol holster is secured with a snap while the Taser-holster requires that an officer take deliberate actions to release the weapons. McGinnis stated that the handgun is twice as heavy than the yellow Taser.

McGinnis stated that the triggers, grips, and safety mechanisms of the Taser gun and Taser are different. McGinnis also demonstrated that the Taser has LED and laser lights, which it displays before it fires, while the handgun doesn't.

McGinnis also stated that Potter did not perform a function test with her Taser before she started her shift. McGinnis admitted that even though the Brooklyn Center Police Department policy states that officers must do this, he did not check to verify that the officers were complying.

After Potter's lawyers objected, the prosecution asked Judge Regina Chu to allow jurors to use a Taser. Chu stated that jurors are allowed to use a Taser during deliberations if it is their choice.

Lorren Jackson, an assistant Hennepin County physician, testified earlier Monday that Potter's bullet inflicted injuries on Wright's heart, lungs, and caused his death. He stated that such injuries can be sustained for "seconds to minutes."

Wright was then shot and his car fled the scene, colliding seconds later with another car. Jackson stated that Wright died from injuries sustained in the crash.

Last week, some officers testified that Wright's car crashed and they couldn't approach it immediately because they were not sure it was safe. Prosecutors criticised Potter for not reporting what happened at the traffic light stop immediately.

The jury was shown graphic images of Wright's corpse at the scene by the assistant medical examiner. Some medical equipment and dried blood from the gunshot wound were still attached to the body.

After Potter's lawyers objected earlier in trial, they also saw autopsy photographs. Wright's mother was present for most of the testimony but was not there when the autopsy photos were displayed.

The state was expected to end its case midweek.

Separately, Monday's motions were filed by prosecutors. One was to limit the opinions of witnesses who aren't experts. This was after Johnson testified last week that Potter's actions had been authorized by state law. Johnson wasn't testifying as an expert in the use of force by police officers.

Prosecutors also requested permission for Chu to question police officers regarding union membership. They stated that Potter held leadership roles in the union, including that of president, which gave her a higher level of respect from her coworkers. Officers are requested to discuss it in order for jurors to evaluate any bias towards Potter.

A majority of the jury is white and hearing the case. 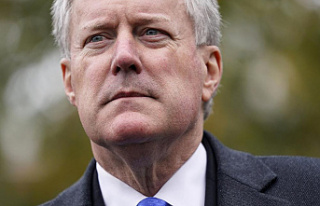