Portrait: Mikhail Gorbachev: The man who changed the world

The world mourns the loss of a great politician and reconciler: Russian Nobel Peace Prize winner Mikhail Gorbachev, one of the fathers of German unity, is dead. 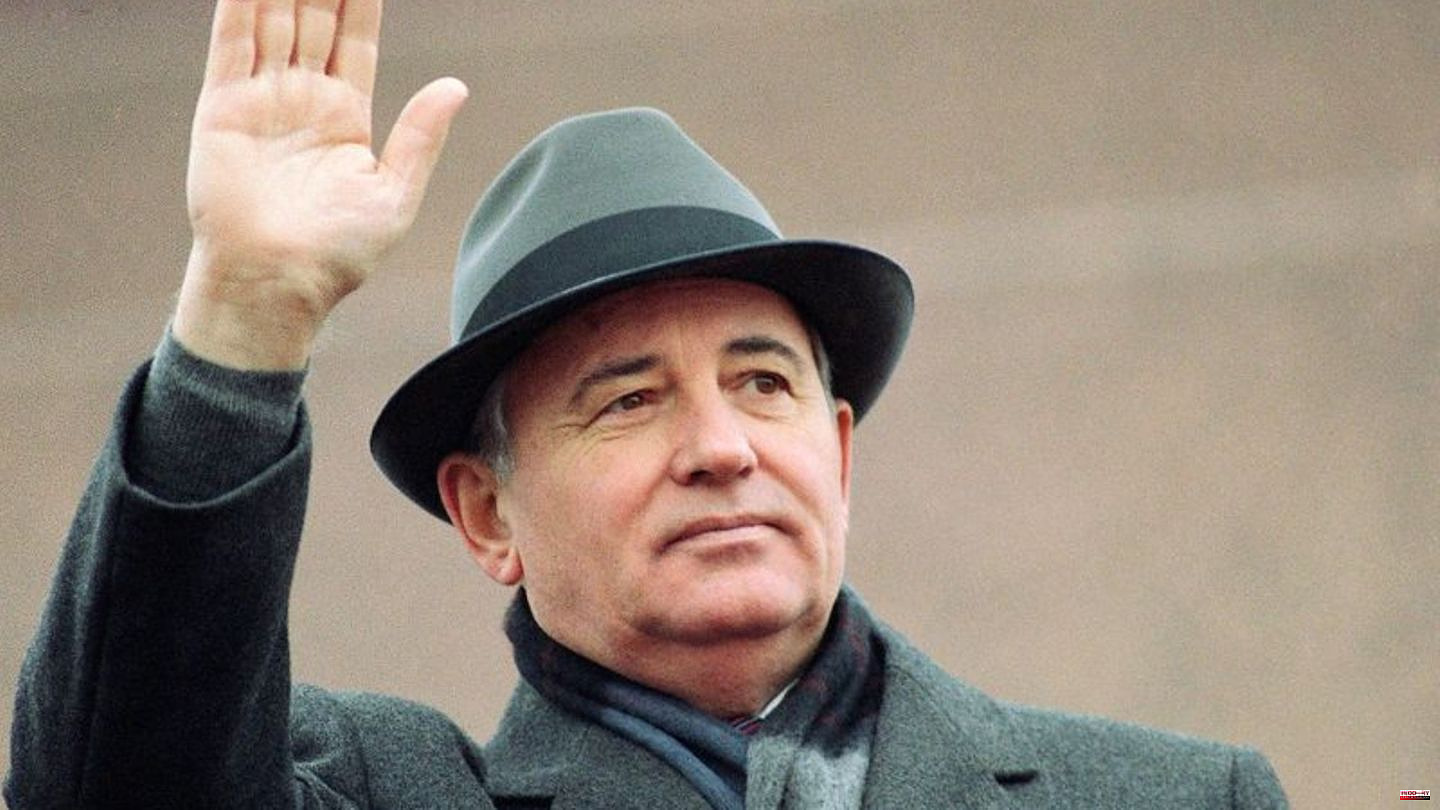 The world mourns the loss of a great politician and reconciler: Russian Nobel Peace Prize winner Mikhail Gorbachev, one of the fathers of German unity, is dead. He died in Moscow on Tuesday evening at the age of 91. "Tonight Mikhail Sergeyevich Gorbachev died after a long and serious illness," said the Central Clinical Hospital (ZKB) in the Russian capital.

In recent years, Gorbachev – known to Germans as "Gorbi" – has mainly been active as a book author and has spoken out on current topics such as the Ukraine conflict. According to the former editor-in-chief of Echo Moscow, Alexey Venediktov, Gorbachev sharply criticized Russia's war of aggression against the neighboring country. At the time, however, he had not made any official statements. In previous years, however, Gorbachev had also complained that, after German unity, which was largely supported by Moscow, there were once again images of the enemy as in the days of the Cold War. He also saw an alienation between Germans and Russians.

Against sanctions in the Ukraine conflict

In his last book "What is at stake now" he criticized the "triumphal posturing" of the West. "Gorbi" was disappointed that the Germans, together with the EU and the USA, were pursuing a policy of sanctions against Russia in the Ukraine conflict. "The stated aim is to punish Russia." He was just as unwilling to simply accept the punitive measures for the Russian annexation of the Ukrainian Black Sea peninsula of Crimea in 2014 as the Kremlin. "Because the sanctions only have one effect: mutual alienation is increasing."

Despite all the creativity in recent years with many interviews, Gorbachev had to admit serious health problems. He kept coming to the hospital. "Gorbi" is to find his last resting place in the New Maiden Cemetery in Moscow - for prominent Russians - next to his wife Raissa. He always described her early death as a serious personal blow. Raissa died of cancer in a clinic in Munster in 1999.

Gorbachev had already secured his place in history at the end of the 1980s. With his policy of glasnost (openness) and perestroika (restructuring), he created the conditions for the end of the Cold War between East and West and also for the fall of the Berlin Wall in 1989. He was absent from the 30th anniversary celebrations in 2019 for health reasons .

Steinmeier: Thank you for "brave and humane decisions"

Federal President Frank-Walter Steinmeier thanked him in a letter. "We will not forget that the miracle of the peaceful reunification of my country and the end of the division of Europe would not have been possible without the courageous and humane decisions that you personally made at the time," it said.

Moscow's new line, which was enthusiastically received by GDR citizens at the time, is still considered a breakthrough to freedom and democracy. The then Chancellor Angela Merkel (CDU) praised Gorbachev on his 80th birthday as a far-sighted personality who helped make the peaceful revolution possible. In 1990 he received the Nobel Peace Prize for this.

To this day, his name also stands for historic nuclear disarmament that he initiated with US President Ronald Reagan. Before he died, however, "Gorbi" had to watch as one disarmament treaty after the other ended. He warned of a new arms race: "The danger of a militarization of outer space and cyberspace is real and the potential consequences are catastrophic."

The head of the Kremlin at the time wanted to modernize communism with his reforms - in the end he himself initiated the collapse of the superpower Soviet Union, the end of the communist power empire. Many of his fellow citizens resented him. In their eyes, Gorbachev was a politician with weak leadership and no instinct for power, the "gravedigger of the Soviet Union". It was said that he had plunged the country into chaos, hunger and poverty with political mistakes.

In a balance sheet, the former head of state and party once said that Soviet society was not ready for massive reforms. But Gorbachev himself had to contend with challenges that he was not up to. One of his most difficult moments was the explosion of a reactor in the Chernobyl nuclear power plant in 1986. It not only led to the greatest nuclear catastrophe in the civil use of nuclear energy with fatal consequences of radioactive contamination. The super meltdown also symbolizes the beginning of the end of the Soviet Union.

Idealist to the end

Despite widespread rejection at home, Gorbachev remained true to his ideals. He repeatedly denounced today's Kremlin party United Russia as "a bad copy of the Communist Party of the Soviet Union". The constitution, the courts, the parliament - everything is an "imitation of democracy". President Vladimir Putin has cemented his power in such a way that other political forces have no room to breathe, he said.

Last but not least, against the background of the Ukraine crisis, Gorbachev sharply criticized the West. This conflict created a "global disorder" with an international risk of war - and Russia was not treated as a partner after the collapse of the Soviet Union. He even described the USA as the "plague of the world". He always saw the eastward expansion of NATO as a betrayal by the West of the concessions made to Moscow during German reunification.

Domestically, the author of many books and articles pushed for reforms. "We need democracy. Without it there will be no modernization," Gorbachev often said in his distinctive southern Russian dialect. The foundation he founded in Moscow, which houses a museum about the time of reunification in the Eastern bloc, is committed to such a Russia. The anti-Kremlin newspaper "Novaya Gazeta", which he co-edits, is also fighting for freedom of speech in an increasingly repressive climate in Russia.

The newspaper's commentators saw Gorbachev, who was born on March 2, 1931 in Privolnoye (Stavropol region) in the North Caucasus, as a prophet who counted for nothing in his own country, who was misunderstood and alone. The fact that he "destroyed the Soviet citizen within himself," dismantled a totalitarian system, and at the same time began to build a democracy is an invaluable historical achievement, the political scientist Lilija Shevtsova once wrote.

By the time Gorbachev was elected general secretary of the Communist Party of the Soviet Union (CPSU) on March 11, 1985, Kremlin rulers had clung to power, mostly to the death. He and his wife Raissa gave the politics of the communist apparatchiks a human face for the first time ever. As the leader of the largest country in the world, he unleashed without bloodshed not least the Eastern Bloc countries Poland, Hungary, Czechoslovakia and others, which were forced into an alliance with the USSR.

When the Soviet Union collapsed with its 15 member states and many peoples gained their independence, that was the end of it after an attempted coup in Moscow in 1991 and Boris Yeltsin (1931-2007) coming to power. "Gorbachev was unlucky with us. But we were lucky with him. That's the truth that we have yet to learn," Shevtsova said. 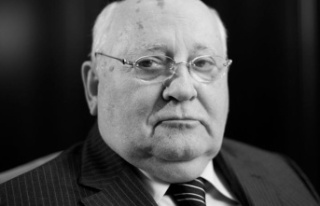