Political polarization and rural life: Will Spain be wiped out by 13F?

Anton Losada Dieguez (1884-1929), a prominent Galician writer, politician and poet, said that "the land and the homes pass by". 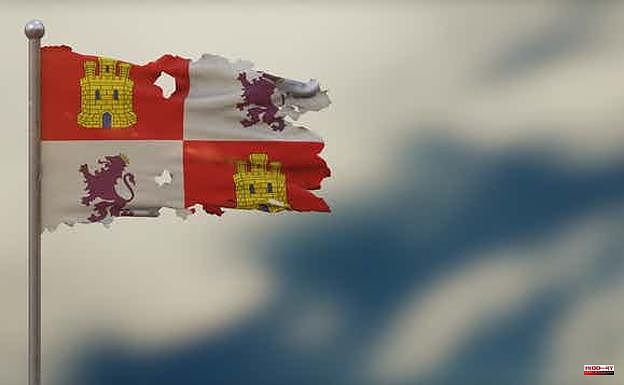 Anton Losada Dieguez (1884-1929), a prominent Galician writer, politician and poet, said that "the land and the homes pass by". Reflecting on rural Spain is, without a doubt, to create a collective memory about a time when poverty coexisted alongside the social opulence enjoyed by certain social classes. It is easy to reflect on the "two Spains still holding a grudge about old debts" (Jarcha 1976). This allows us to review the steps we have taken (or not) to reach rural and real democracy.

In November 1975, after the death of Francisco Franco, the "new Spain" was built. It was convenient for a large portion of the Spanish rural population to keep the structures inherited by the Regime. Others needed to transform social reality and combat caciquism.

Rural democratization was achieved through the intermediation between rural organizations, such as agrarian unions, and political parties. Some peasant priests promoted the Catholic Action's agricultural and livestock cooperatives and Marxist ideas as well as the Social Doctrine of the Church to encourage a social transformation of the Spanish countryside.

In the process, great utopian and political goals became lines of action for unions or political parties that were tailored to particular realities. Each male and female countryman would be assigned a social role based on their connection with their family, economic power, or social influence. The rural world was left to its fate by the political and economic integrations as well as the "necessary", political concessions.

Slowly, the conquered agora gave way to new representative infrastructures. These are currently in crisis and analysis.

The term "emptied Spain" refers to rural citizens, resident or not, who desire society to pay the historical debt it owes each space intentionally abandoned. The logical response to the abandonment of the PSOE/PP is the emptied Spain. Two examples could support this assertion.

>. Many neighbors formed neighborhood platforms to improve communication in the traditionally rural, less developed area where they live for a few months. This social organization is directly opposed the abandonment of the region. Its demands require greater support from PSOE, which governs at all levels (with extensive experience)

Castilla y Leon will hold early elections on February 13. Citizens now have the opportunity to elect representatives who will defend the rural common interest, or not, after 35 years of PP governance. The scandal surrounding the macro-farms made clear that rural Spain is experiencing a clear polarization. This is a result of a legacy of the past but promoted by national political parties. The rural world is once again the testing ground for rurban>> societies.

It must be understood that the public has decided enough is enough. It is slowly becoming self-organized in platforms that will eventually become electoral groups. These methods must include citizen participation, including information campaigns, training and communication techniques, reflection groups and the drafting of proposals.

The penultimate phase will see strategies to alter reality. This means that they must be either based on traditional mechanisms (political party) or create electoral groups (not making the fatal error of creating localisms that could perpetuate the situation).

It is worth noting that the history of bipartisanship has been a major factor in the problems faced by Spain's emptying. The challenges that must be faced are: generation of employment opportunities (through diversification); promotion of a sustainable agri-food and agricultural-livestock system; increased public-private investments in infrastructure and digital connectivity; accessibility and quality in public services and empowerment of civil society through political awareness. This is how present-future opportunities can be created, which will stop rural exile (youth), and ensure an inclusive and egalitarian lifestyle.

It was shown that official strategies for Spain's depopulated areas lack precision or consistency and are not shared with the public. After defining the goals, it is time to create a country project that outlines the objectives, methodology, and philosophy for the "base change", which can be adapted to each specific reality. The rural is, without a doubt.

The Empty Spain platform, which is made up 160 associations from 30 provincials and registered as a political parties on September 30, 2021, has not been able to present candidates in Soria Burgos Palencia Salamanca, Palencia, Palencia, Salamanca, Valladolid. Except for Soria Ya's candidature, all candidates have the name Empty Spain. Their electoral failure can be predicted by lack of time, inability to gather enough endorsements, and a lack of social support. We should also add the controversy surrounding many candidates from Ciudadanos.

Every party that stands for election is aware of the importance of the rural world to their victory. The number and quality videos, acts, and rallies that are held in rural towns that have been ruled by institutional-social oblivion does not reflect this fact.

If we assume the 1/5 bracket and remember that we are talking polls, not votes, the organized Espana Emptied would only achieve 4/5 of the total (81). Empty Spain's voter would subtract votes from both the PSOE (and to a lesser degree from the PP) with the transfer of votes to the EV. Vox will be benefited by the discontent over the rural issue as well as the political polarization. The PP must govern together or face a repeat election.

Except for some surprises, all speculations will be confirmed at the 13F election night. No matter what the outcome, there will be an increase in social tension in rural Spain. It is important to channel the possible electoral frustrations of the "burned rural citizen" in a democratic way, respecting the diversity and encouraging dialogue.

In the face of possible governability, we can only wait for the results and identify the possible agreements, hoping that the votes of Empty Spain are a channel of representation-pressure and not a negotiation of concessions). The idea that EV is the key to Castilla y Leon's elections is dismissed (but only if the PSOE-Unidas Podemos receive 34 4 in the last CIS survey).

The state platform will not have any other options if Empty Spain's electoral failure is confirmed. It will be forced to consolidate its "political muscle" territory-wise - in view of upcoming elections. This will include participatory mechanisms for social transformation that adapt to territories and are innovative in relation to the failed assembly movement of United We Can-Rural. These mechanisms should then be adopted by the people.

It is evident that the rural vote is one the most unappetizing remnants of depopulation.

This article was published in "The Conversation".

1 Aleix's first warning for the World Cup: pole... 2 The way we pronounce Uvalde speaks volumes about the... 3 Sanchez and Casado pass an exam in Castilla y Leon... 4 Chicago archbishop joins the call for gun safety legislation... 5 With 23 diverse proposals, the OCG returns sound and... 6 Rafael Quirosa: "The neighbourhood associations... 7 After McCormick concedes, Dr. Oz wins Pennsylvania's... 8 Warning for tropical storms in parts of Florida 9 Today marks the start of the first private mission... 10 Castilla y Leon was home to the distant cousins of... 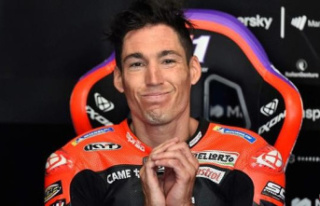