The police revelations about violent incidents that occurred at the gates of the Stade de France, last Saturday, when Real Madrid won their 14th Champions League, are illuminating the gangrenous minefield that has grown in the 'banlieue', the northern outskirts of Paris . 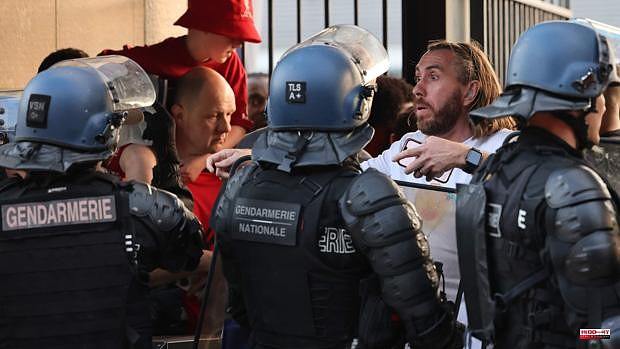 The police revelations about violent incidents that occurred at the gates of the Stade de France, last Saturday, when Real Madrid won their 14th Champions League, are illuminating the gangrenous minefield that has grown in the 'banlieue', the northern outskirts of Paris .

For years, it had been known that the Seine-Saint-Denis, the 93rd department, in whose capital the Stade de France is located, was one of the most multicultural and dangerous regions in France. Saturday's incidents have aggravated the underlying crisis. The testimonies of the policemen and gendarmes who had to resort to tear gas, to restore a very precarious order, last Saturday, contradict the official versions.

An official spokesman for the National Union of Police Commissioners comments on the crisis in this way: “First-hand testimonies confirm an aggravation of all the problems.

Among the hundreds of arrests, the majority are characters who are not always listed as perpetrators of common crimes, robberies, violence and degradation. The great show presented to great fanfare was a magnificent opportunity for gang members and gangs who have been protagonists of systematic vandalism for years.

The Ministry of the Interior had mobilized 6,800 police and gendarmes, a relatively classic order service, like the one that has covered other similar events, which was soon overwhelmed by not always ethnic gangs of young people of very diverse ethnic, religious, cultural origin. , sowing panic among Spanish and English fans. "Honestly, I had never seen anything like it, in twenty years of profession, specializing in maintaining order," says Ludovico Bonnet, a police officer.

Many English fans were arrested. It was soon discovered that, in truth, the detainees had tried to defend themselves, by force, against those who tried to rob them, rob them. Among the Spanish fans present at the Stade de France, perhaps the majority was the desire to escape a trap that was feared dramatic or disastrous: Saturday night, it was a bad time to try to ask for help, help or file complaints with consular authorities.

The Government of Emmanuel Macron, through his Minister of the Interior, Gérald Darmanin, continues to accuse the incidents of "mismanagement" of the sale/distribution of tickets. Police unions and specialists, on the contrary, insist on the aggravation of a serious and deep crisis.

Nicolas Hourcade, sociologist, specialist in the social periphery of football, fears a crisis with many fringes: «The prefecture, representing the State, does not hide that its first interest is 'maintaining order', among the crowds. This is a very partial vision of the problem, which does not establish the difference between violent and racist individuals, pure and simple vandalism, and fans who behave correctly and positively. Confused, among the crowd, one and the other, the policemen and gendarmes are forced to act indiscriminately, taking fatal risks. The forces of order feel threatened by the vandals, and, at the same time, they must bear the accusations of racism and indiscriminate violence».

1 Here are the changes to Tariff Shield, Restaurant... 2 Feijóo opens his international agenda with the Prime... 3 Galician classrooms, an example that bilingualism... 4 The PNV would win in the three councils but will have... 5 A dictionary rescues part of the linguistic wealth... 6 Trial against three neighbors for calling a family... 7 Thebes: «Rubiales? If you disagree in the Federation,... 8 The request of a Zelensky adviser to end the war and... 9 Ukrainian court sentences two Russian soldiers to... 10 The eurozone suffers the highest price increase in... 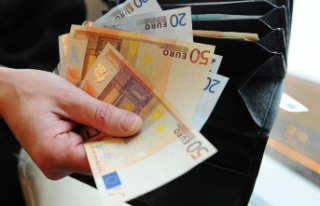 Here are the changes to Tariff Shield, Restaurant...