"Police call 110" in the quick check: In the Ghetto

A murdered girl, a strange couple and a mother whose daughter disappeared two years ago are the focus of "The Light the Dead See". 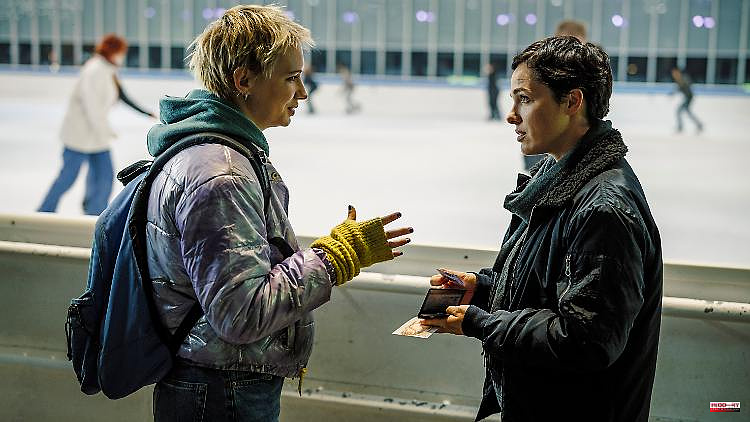 A murdered girl, a strange couple and a mother whose daughter disappeared two years ago are the focus of "The Light the Dead See". Chief Inspector Bessie Eyckhoff once again has to listen, understand and show mercy a lot. Unfortunately, so do the viewers.

A murdered girl, a strange couple and a mother whose daughter disappeared two years ago are the focus of "The Light the Dead See". Chief Inspector Bessie Eyckhoff once again has to listen, understand and show mercy a lot. Unfortunately, so do the viewers.

16-year-old Laura Schmidt is found dead, wrapped in plastic film, dying as a result of severe stab wounds. The girl was last seen on the ice rink, got into a white van in the evening. Detective superintendent Elisabeth "Bessie" Eyckhoff (Verena Altenberger) gets surprising support in solving the case, her new colleague is an old acquaintance: Dennis Eden (Stephan Zinner), who is now also on duty for the homicide squad.

It becomes particularly puzzling when Caroline Ludwig (Anna Grisebach) shows up at the police station. The latently confused woman wants to know whether the dead person could possibly be her daughter. Two years earlier, Anna had disappeared without a trace, she too was 16 years old, she too was first out on the ice rink, then seen for the last time in connection with a white van. Suspicion first falls on the mother, who was also spotted around the ice rink. But then a teenage drug dealer and her shabby roommate come into play. The two live in a run-down shack in a high-rise settlement, have a somewhat opaque relationship and are increasingly becoming the focus of the investigation.

What is it really about?

Once again, loss and grief are the big themes. Just like two weeks earlier, when "Tatort: ​​Why" was primarily about the surviving relatives of a murdered young man, this time too wide-eyed tragedy determined what was happening. Stefanie (Zoë Valks) and Patrick (Aniol Kirberg) as the mysterious Amour fou are indeed neat antagonists, but you shouldn't expect too much motive, logic and depth from this case.

You have to make a decision early on. If you would like to spend a Sunday evening with excitement and amusement, you might be better off with "Harry Potter and the Deathly Hallows", "Le Mans 66" or "Ninja Warrior".

Wherever Verena Altenberger says it says "Wow" at first, but the whole thing doesn't really get going after her successful start in the "Polizeiruf 110". Despite all her charisma and her acting skills, the character Bessie Eyckhoff remains in an increasingly diffuse phantom state. Oh yes, it was all about the wow factor. Well, to be honest: not that bad.

3 out of 10 points - an empathetic detective alone does not make a good crime novel. 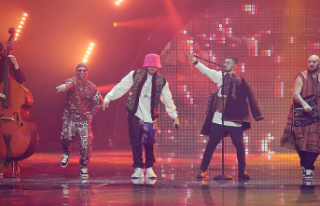 Good chances for Ukraine: Kalush Orchestra is the...