Police arrest a British MP for harassment and rape 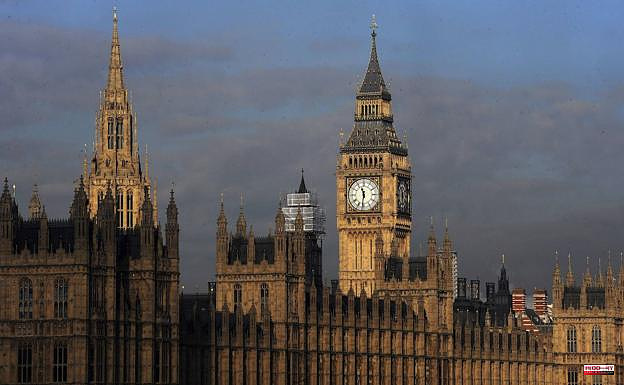 Up to 56 deputies, including three members of the Government, are being investigated by the British Parliament for sexual "misconduct", as revealed by the 'Sunday Times'. The cases that have been reported to the Independent Complaints and Claims Program (ICGS) -created in 2018 and sponsored by the movement

The complaints are piling up, and the British press this week has recovered the term 'Pestminster', a play on words between 'pest' (plague) and Westminster, with which it already baptized the wave of sex scandals that shook Parliament in 2017, They forced the resignation of the Minister of Defense and the First Secretary of State, and they promoted the creation of the ICGS.

The last known case was arrested by the police on Tuesday and released on bail the next day. His name has not been revealed, but it is known that he is a Conservative MP in his 50s, who is accused of, among other crimes, sexual abuse and assault, rape and overreaching a position of trust. According to Scotland Yard, which has been investigating the complaint for two years, the events were committed between 2002 and 2009 in London. For the moment, his parliamentary group has asked him not to go to Westminster while the investigation is carried out, although he has not been suspended.

"It is worrying that we are seeing these terrible accusations about a deputy again," said Foreign Minister Liz Truss. Although among those being investigated by Parliament there are also two Labor or members of the Scottish Nationalist Party, a very significant number of those accused in recent years are conservatives, deepening the reputational wound opened by the 'partygate'. Johnson himself is the first British head of government in history to be fined for breaking the rules of confinement that his Executive had established.

Last month, Tory MP Neil Parish resigned from office after it emerged that he had viewed pornography on at least two occasions while in the House of Commons. His seat and that of his colleague Imram Ahmad Khan are going to be the subject of an extraordinary election on June 23, in which the Conservatives could lose both seats to Labor and the Liberal Democrats. Khan was expelled from the party last month after a court convicted him of molesting a 15-year-old boy in 2008.

For now, David Warburton, who was photographed with drugs and accused last month by a woman of getting into his bed naked, has only been suspended by the party. Two other women who worked in his office have also reported him for similar behavior. The last month he has spent in a psychiatric hospital.

1 Four Basque tuna vessels denounce that they are trapped... 2 Ence will maintain the 395 million investment if it... 3 Rueda wants to dispense the three new childhood vaccines... 4 Juan Tamariz opens this Thursday at the Teatro de... 5 A single-family house on the Galician coast is already... 6 The warnings of Margarita del Val and Fernando Simón... 7 Holidays: Bison futé’s traffic forecasts for the... 8 Tireless spokesperson for the victims of attacks,... 9 Murder of George Floyd: passive policeman pleads guilty 10 Biden 'strongly supports' NATO membership... 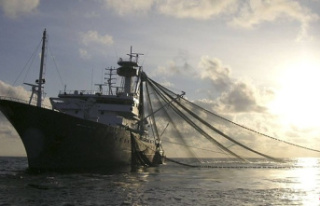 Four Basque tuna vessels denounce that they are trapped...