The still general secretary of JuntsxCatalunya, Jordi Sànchez, has launched a forceful puya on his Twitter account against the president of ERC, Oriol Junqueras, for a reflection by the latter regarding the relationship that his formation must maintain with the central government after the espionage crisis on more than 60 leaders, activists, journalists and lawyers from the pro-independence environment. 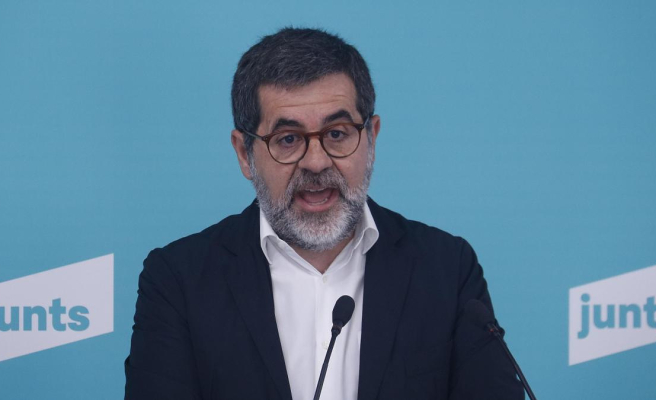 The still general secretary of JuntsxCatalunya, Jordi Sànchez, has launched a forceful puya on his Twitter account against the president of ERC, Oriol Junqueras, for a reflection by the latter regarding the relationship that his formation must maintain with the central government after the espionage crisis on more than 60 leaders, activists, journalists and lawyers from the pro-independence environment. The leader of Junts has come to ask the Republican why he does politics.

Junqueras has retweeted this afternoon an interview that the newspaper El País has done with him and that has been published this Tuesday in which the Republican leader assured that his party would help if he had guarantees that they would not be spied on again, an idea that during the Today and after knowing the dismissal of the director of the CNI, Paz Esteban, they have repeated from ERC and even from United We Can.

Junqueras has accompanied the link to the interview with a reflection indicating that "whoever believes that espionage implies a dispute between the ERC and the Spanish Government is mistaken." "It is between those of us who believe that democracy must be defended and those who are willing to sacrifice fundamental rights for their political interests," he added.

In any case, the diatribe of the one who will soon be replaced in office by former minister Jordi Turull against the top leader of Esquerra is a reflection of the two diametrically opposed strategies that the two parties that make up the Government of Pedro Sánchez maintain with respect to the Executive of Pedro Sánchez. the Generalitat.

Esquerra has bet everything on dialogue and is trying to weather the storm of the so-called Catalangate, trying not to break the bridges that it has built with the idea that no one will take away the banner of negotiation.

In contrast, those of Puigdemont are committed to maintaining an "intelligent confrontation" in the words of the former president and are looking in the espionage case with Pegasus for a way to discredit the path taken by their partners, which they have at the dialogue table between the Spanish and Catalan at its best. A table that Junts sees "dead and buried" and to which he did not attend in September when presenting a delegation that President Aragonès did not accept because it was not made up of members of the Catalan Executive.

1 The Parliament will create a commission to investigate... 2 The 3 Esperanza Casteleiro, the shadow of Robles, returns... 4 Citizens denounce Rufián for revealing the explanations... 5 Strasbourg ratifies the sentence of the Atristain... 6 Liverpool win the FA Cup and lose Salah 7 Marlaska was robbed with Pegasus 6 gigabytes of information... 8 Espanyol and Valencia ask for the time 9 Rueda shows his new Xunta as Feijóo's showcase... 10 ERC and United We Can now demand guarantees that they... 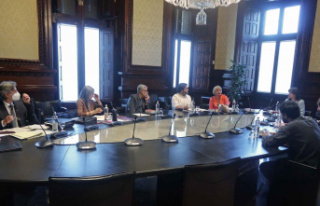 The Parliament will create a commission to investigate...