Podemos will not attend the NATO summit because it considers it a waste: "The priority is social spending"

The President of the Government, Pedro Sánchez, and King Felipe VI presided this Monday in Madrid at the commemorative act of the 40th anniversary of Spain's entry into NATO together with the Secretary General of the Atlantic Alliance, Jeans Stoltenberg. 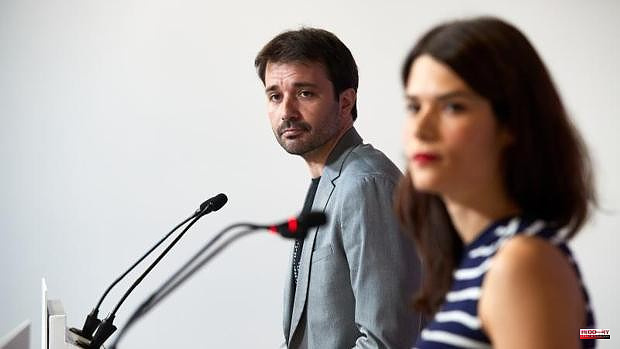 The President of the Government, Pedro Sánchez, and King Felipe VI presided this Monday in Madrid at the commemorative act of the 40th anniversary of Spain's entry into NATO together with the Secretary General of the Atlantic Alliance, Jeans Stoltenberg. United We Can not only did not attend this event at the Royal Theater, thus setting a differentiating profile against the foreign policy of the PSOE, but they have also confirmed that they will not participate in the Summit of the military organization that is held in the capital on the days June 29 and 30.

“No space minister has attended this event today because we are precisely in defense of peace and in a conception of security that is not only security by military means, but one that is comprehensive and also involves integrating social rights. », explained Javier Sánchez Serna and Isa Serra, spokespersons for the Executive of the purple party.

In a few words, they consider that NATO contributes to the escalation of the war more than to the resolution through diplomatic channels. In addition, Podemos perceives the June event as a waste and defends that there are "other priorities", such as improving investment in education and public health.

The purple spokesman has said that they are "concerned" that the conclusion of the NATO Summit is that military spending should be further increased and they insist that before "tanks and machine guns" they prefer to "hire more doctors for primary care or more teachers". Because, the purples insist, their "priority is social spending." For this reason, they already point out that Podemos will plant the PSOE and the president despite being part of the same government. "Podemos is not going to attend because we believe that there are other priorities to those 37 million that it is going to cost, and that they have been awarded by finger without public competition," explained Sánchez Serna. "They are not going to benefit a peace scenario either and could have been invested in social spending," he added afterwards.

Sánchez Serna has also insisted on an alternative to the NATO summit that the leader of the party and minister, Ione Belarra, had already proposed a few weeks ago. “Our country has to be a benchmark for peace and diplomacy and a benchmark in the peaceful resolution of conflicts; the greatest contribution that our country can make at this time is to host a great summit for peace », she explained. The spokesman has also quoted former NATO secretary Javier Solana to defend the idea that Europe needs "a ceasefire in Ukraine" to stop the escalation of violence and war.

1 Hidraqua commemorates World Environment Day in Orihuela... 2 Canary Day: the island instrument that Gregg Field... 3 "I was scared, I ran out of there": the... 4 Customs in Senegal announce a record seizure for fake... 5 They arrest a 10-year-old boy for threatening a mass... 6 World Cup 2022: Play-offs for the three remaining... 7 Texas murders: Cops save their children and prevent... 8 «We lived a horror in Paris, our children cried with... 9 Spain: May sees an increase in inflation to 8.7% year-on-year... 10 Inflation is still rampant in Spain: these are the... 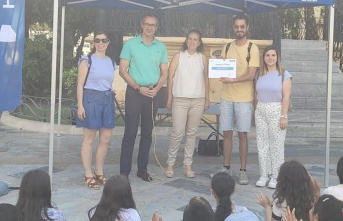