Podemos Euskadi has raised the flag of the reform of the Statute this Friday morning, which has been parked in a drawer since the experts delivered their drafts at the end of 2019. 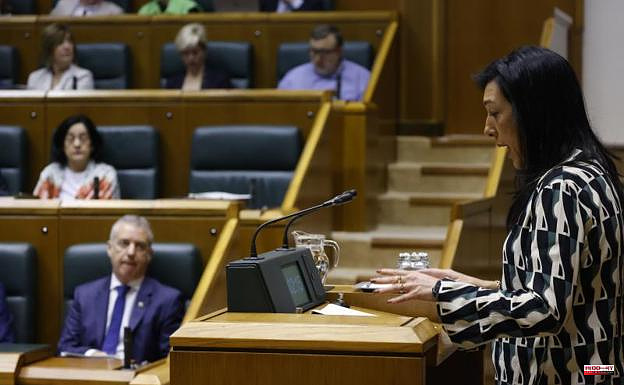 Podemos Euskadi has raised the flag of the reform of the Statute this Friday morning, which has been parked in a drawer since the experts delivered their drafts at the end of 2019. At a time when the PNV has decided to lower the pitch in matters identity and does not even refer to the matter in the speeches of the Aberri Eguna, and now that EH Bildu is focused on strengthening its new pragmatic profile in Madrid and in Euskadi, the purple party has called to reactivate the debate in Parliament. "We are willing to talk about whatever is necessary," said Miren Gorrotxategi. Not so long ago that the spokeswoman argued that the issue was not a priority, just like the PSE-EE.

Something has changed, because Gorrotxategi has used his intervention during the government control session to raise the update of self-government to the list of priorities. He has done so by skirting sovereign issues, to which he has not made the slightest allusion, which are the ones that keep the reform of the Statute blocked, and putting on the table a social claim that until now was exclusive to EH Bildu. "Does the Basque self-government have sufficient tools to face the challenges that have been appearing?", He has questioned in reference to the consequences of the pandemic, the invasion of Ukraine and "the rise of the extreme right".

For Gorrotxategi, the reform "must be on the agenda" if "the legal and political framework does not offer" the necessary answers to these questions, and he has called for an effort to "protect the right to equality, an orderly energy transition and that public services are sufficient. With the Self-Government Report at full capacity, last legislature, Podemos Euskadi already suggested the possibility of unblocking the debate through a double table to advance on social issues, around which there is a very broad consensus, and leave for later the debate on the new status, the relationship with the State and the right to decide.

The reply to the spokesperson for Podemos was given by the Lehendakari, who was unable to hide his surprise that Podemos opened the door to reform when he is part of a Government that still has not completed the Statute despite the agreement reached, but has put on the side of Gorrotxategi and has asked that the work carried out in previous legislatures not remain "in a deadlock". He has also insisted again on his thesis of giving "institutional viability" to the right to decide, so that it can be exercised while respecting the current legal framework.

Just a few days ago, the president of the PNV of Bizkaia, Itxaso Atutxa, was more skeptical about the reform of the Statute. In an interview with EL CORREO, she advocated not jumping "into pools that have no water." “Spanish politics is not there to receive an issue like this with a minimum of objectivity,” she lamented. The nationalists envision a "window of opportunity" that would coincide with the end of the Basque legislature, in 2024, and the beginning of the Spanish one. That, if Sánchez manages to stay in the Government.

1 The UPV/EHU sets itself the challenge of attracting... 2 Juan Carlos I will return to Sanxenxo (Pontevedra)... 3 Legislative: the rebellious Manuel Bompard defends... 4 Belgium grants the right to vote at 16 for the European... 5 Hidraqua and Fundación Exit join forces to reduce... 6 They create a method up to ten times cheaper to obtain... 7 Segovia will make "the public dance" every... 8 One year in prison for the former deputy operational... 9 The head of the Mossos, about Pegasus: "It is... 10 A woman dies after being rammed into a wall by a mechanical... 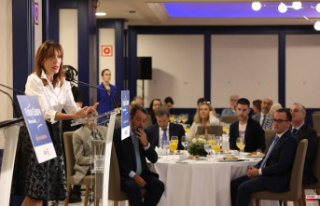 The UPV/EHU sets itself the challenge of attracting...