Pleadings at the trial of the Halloween killer: a psychosis disappeared in a snap of the fingers

"Are you going to believe that Carl Girouard, who had been obsessed with his mission for six years, will come out of his psychosis in a snap of his fingers never to think about it again, and this without any medication?". 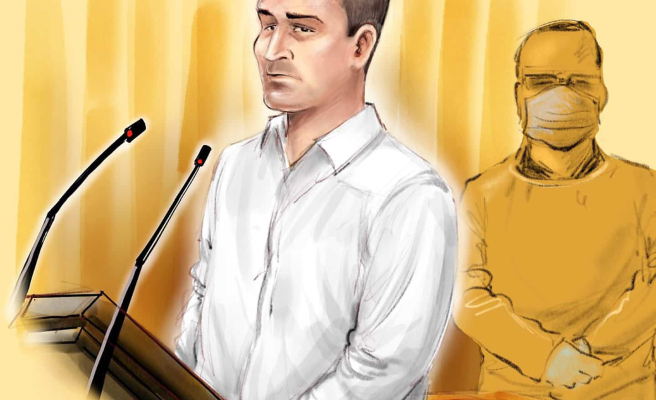 "Are you going to believe that Carl Girouard, who had been obsessed with his mission for six years, will come out of his psychosis in a snap of his fingers never to think about it again, and this without any medication?"

• Read also: Trial of Carl Girouard: the jury should deliberate on Monday

• To read also: Trial of Carl Girouard: Full-bodied contest between the Crown shrink and the defense

It was with this question, addressed to the 11 jurors, that Crown prosecutor François Godin asked them to dismiss the defense case. In the morning, Carl Girouard's lawyer had first tried to convince the jury one last time that the Halloween assailant was criminally not responsible for the two murders and five attempted murders committed on October 31, 2020 for cause. of mental disorders.

According to psychiatrist Gilles Chamberland, defense expert, Carl Girouard, a schizophrenic never diagnosed, was in full psychosis the evening of his murderous journey. However, the evidence revealed that the accused's psychotic symptoms disappeared in the middle of his mission to kill people and never reappeared thereafter.

"Schizophrenia is a disease that can be treated, it cannot be cured," said the prosecutor. Except that the 26-year-old man had no antipsychotic medication for the first five months following his arrest. "We explain that how this healing that I would describe as miraculous?" Argued Me Godin.

The prosecutor obviously invited the jury to endorse the theory of his expert psychiatrist, Dr. Sylvain Faucher, who believes that Carl Girouard is a narcissistic individual who had a fantasy of committing a brilliant gesture to take revenge on a society that he disliked and magnified his difference.

Which of the psychiatrists has a better explanation for the disappearance of delirium in a snap of the fingers also asked Me Godin. The prosecutor "advised" the jury to be careful of Dr. Chamberland's "strong opinions" by indicating that psychiatry was an inexact science.

For his part, the defense attorney tried to take on the Crown expert, whose conclusions were “biased”, he said. According to Me Gagnon, Dr. Faucher was “in representation” when he testified.

"He had to have an answer to everything," said the lawyer. According to him, Dr. Faucher was "a character" on a "mission" or in a "duel with the lawyer". Me Gagnon notably mentioned the fact that Dr. Faucher had himself proposed the expertise of neuropsychologist William Pothier and that he had his conclusions in hand when he met the accused in turn.

"It can only lead to bias," suggested the lawyer, recalling that the neuropsychologist had concluded that there was no psychotic element in Girouard's way of thinking.

The hypothesis raised by the expert Chamberland according to which the accused was in full psychotic delirium at the time of the facts should therefore be favored according to the defence. “It was when the delirium was strong enough, powerful, that the events of October 31, 2020 materialized,” pleaded the lawyer.

Now that the lawyers have made their points, it's the judge's turn to present his instructions on Thursday and Monday after which the jury will be sequestered until a unanimous verdict.

1 Purchasing power will be the question of the ballot... 2 Joël Bouchard and Maxime Talbot fired 3 Protective equipment during the pandemic: $1 billion... 4 A second whale in Montreal waters 5 Housing and home care: Quebec is heading towards a... 6 Inflation slows down a bit in the United States, but... 7 Shane Wright: 'He's ripe to play in the... 8 "This first selection is mine" - Shane Wright 9 Bonuses in Crown corporations: Quebec does not intend... 10 Sorel-Tracy: loss of control of a truck causes chaos... 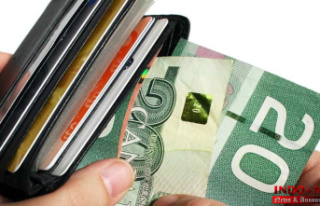 Purchasing power will be the question of the ballot...