Pioneering women: The book 'A thousand years of women's literature in Japan', by Carlos Rubio from Toledo, is presented

Carlos Rubio, former Spanish teacher in Baghdad and Tokyo, PhD in Philology from the University of Bekeley, gave ESTO a great boost at the beginning of the millennium, the Spanish courses for foreigners at the UCLM campus in Toledo. 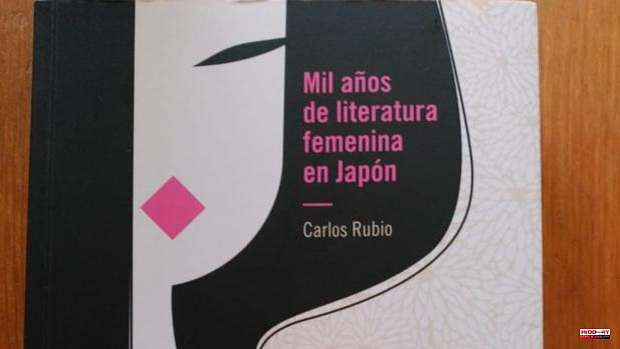 Carlos Rubio, former Spanish teacher in Baghdad and Tokyo, PhD in Philology from the University of Bekeley, gave ESTO a great boost at the beginning of the millennium, the Spanish courses for foreigners at the UCLM campus in Toledo. For a few decades, he has established himself as one of the most eminent and prolific Japanologists in our country, teaching Japanese culture courses at the Complutense University and translating both classical and contemporary authors, with the consequent disclosure of historical, mythological and social aspects. of that fascinating and enigmatic culture. Among his reference books, of which there are many, we would glean Keys and Texts of Japanese Literature and the beautiful anthology of 1,500 years of Japanese poetry, The Bird and the Flower.

His high-profile work on Japanese letters and culture has earned him the highest recognition from his Government (Ministry of Foreign Affairs, 2012) and from the Imperial House (Order of the Rising Sun, 2014).

Now, the Asturian publisher Satori, specializing in Japanese literature, offers us a walk with Carlos Rubio through the female literary genius of Japan, a walk of well over the thousand years of the title, since it starts from archaic and ancient Japan, in which orality was the form of literary transmission, closely linked to healing (shamanism), myths, ceremonies, festivals or legends, and always with a great role for women. From the Nara Era (8th century) to the Medieval Era (1185-1600), passing through the cultural and courtly splendor of the Heian Era (794-1185), Professor Rubio guides us through a feminine universe of magnificent writers and artists, who break molds and create genres, forming a unique literary tradition in the world. A truly unique phenomenon in the cultural history of Humanity.

And this despite the social and family relegation of women. Even at the time of her greatest prominence (Heian Era), sometimes we only know the name of the poets and authors not by themselves but by the position of their father or husband or by the family name. From orality, they recreated songs, verses, stories, legends in writing, perhaps as an escape from the rigid prevailing system of selective male polygamy. Courtesans and nyobó (ladies-in-waiting) exhibited unparalleled creativity. They also did, outside the palace, commoner women, the imayós, popular singers, as well as nuns and wandering minstrels in the manner of the goliards of medieval Europe. The book, of more than 600 pages, includes 181 cited authors. In the fourteenth century, the authorial visibility of women would subside, but her activity did not disappear. And so on until the 19th century, when the reformist, indigenous and Western airs gradually recognized civil rights and the literary voice of women in Japan in the 20th and 21st centuries was strengthened and consolidated.

Carlos Rubio knows how to instruct and entertain, Horace. Her book transcends erudition, which she possesses in abundance, to take us on an unforgettable journey to Japan of different times through the brush of these brilliant creators who inscribed on paper, fans, shells or screens the myths, dreams and desires of one of the great cultures of humanity. The struggle between waka and kanshi (Japanese poetry and Chinese poetry), where women writers tipped the balance in favor of the vernacular; the different genres, diaries or nikki, stories (monogatari), shu (poetic anthologies); the poetic stanzas (the renga, the tanka and the haiku, the most universal of the Japanese forms, bonsai poems of 3 lines of 5-7-5 syllables, which express feelings with a seasonal anchor); those same feelings (melancholy, faded beauty, refinement); the great creations of Japanese theater (the seriousness of Noh, with its humorous interludes of farce (Kyogen), and the hieratic rituality of Kabuki: all this is described and explained in this book to promote a very broad and complete understanding of literary culture Social, political, and even religious commentaries frame the complex richness of Japanese women's literature and help us understand and enjoy it.

The image of a woman longing for her lover with a reference to nature is recurrent, in this case Princess Sotori: «How well I know/that tonight my love/will come to me/guided by the threads/of a weaver spider ». She makes one think of this short but intense poem in the magical spinning of Celestina, the bearded spider woman, who thus catches Melibea in Calisto's transgressive love. Or this beautiful dream song by the beautiful Onono Komachi, which is so similar to that of our Jorge Manrique in that he was kissed while he slept:b«Sleeping I saw/my beloved next to me./If his visit/what a dream it was knew/ Was I going to wake up?

We must recognize the brilliant pioneering character of women's literary production in Japan. They achieved full professionalization, either at Court, as nyobós or poetic officials, or in theaters, taverns and street enclaves, doing something similar to varietés that always included legend and poetry. The image of the poetic competitions at the court of Emperor Uda (late 9th century), in which two teams competed on the same theme, or that of a concert-recital aboard a Chinese boat, with a dragon as prow and a falcon as the stern, evoke the early greatness of a nation that came to have an entire Ministry exclusively dedicated to ceremonies and rites.

We must remember, to finish, that the masterpiece of Japanese Literature, its Quixote so to speak, the Genji monogatari, (Stories of Genji), is signed by a woman born in the 10th century, Murasaki Shikibu. In a cultural environment where fiction was scorned by men, Shikibu recreated the stories heard as a child and told the story of a Heian Don Juan, the Splendid Prince, a seductive, amoral but charming courtier. His life, conquests, fall, glory and descendants. The book was an immediate success. Like the Iliad or the Aeneid for the West, it immediately became a classic text, almost sacred, from the XIII. Marguerite Yourcenar wrote: "Nothing has been written better in any literature." Genji reflects the soul of Japan, it is its great emotional and aesthetic reference. Japanologists recommend it to understand the Japanese soul and Nobel laureate Kawabata consoled himself for the horrors of the 2nd World War with the help of the 54 episodes of the Shikibu book. It has been written that glimpses of contemporary literary devices such as the flash back or the interior monologue appear in its pages.

An exciting, magnificent adventure in itself, this book in which Carlos Rubio invites us to delve into the exuberant garden of poetry and stories imagined by Japanese writers from the 7th century to the present. A whole festival of books and literature.

Carlos Rubio, A thousand years of women's literature in Japan, Satori, Gijón, 2021. (Presented in Toledo on Tuesday, June 7 at the Library of Castilla-La Mancha).

1 Internet users find a thousand new asteroids from... 2 The Generalitat Valenciana eliminates coronavirus... 3 Siro: from sweet to bitter 4 The central government will not claim the Casa Cornide... 5 Ten injured of various considerations when a van and... 6 One in five reptile species are in danger of extinction... 7 They tried to board the Tenerife ferry with 30 kilos... 8 In a luxury villa and with the light 'hooked':... 9 Luis Enrique: "There'll be surprises before... 10 Miguel Yanguas crosses the Marbella Master's... 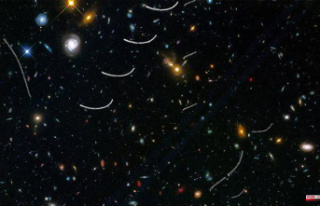