Thirty-three photographers living in Madrid have embarked on a mission: to make a visual X-ray of each and every one of the municipalities in the community. 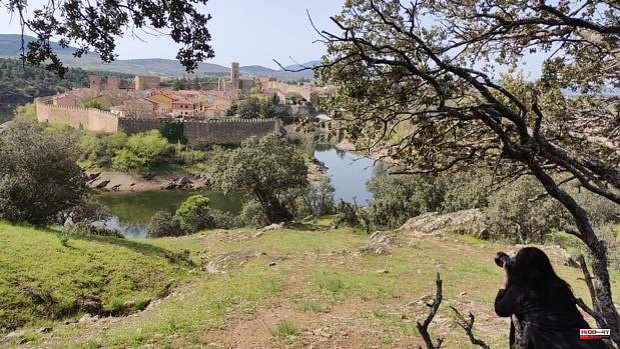 Thirty-three photographers living in Madrid have embarked on a mission: to make a visual X-ray of each and every one of the municipalities in the community. And with the product of that work, around 2,000 photographs, assemble the great puzzle of the region's landscape. The work began in February and will end in July, to then lead to a major exhibition at the beginning of 2023 that can be seen in the El Águila complex.

«The result is going to impress: popular traditions, industries, uses of the landscape, livestock...» explains Paco Gómez, artistic curator of the exhibition and one of the 33 photographers -17 women and 16 men- who take part in this initiative of the General Directorate of Cultural Heritage. Gómez is accompanied by Mónica Luengo as scientific curator of this project 'Madrid Landscape Mission'.

In history there have been other photographic missions, such as DATAR, which took place in France in the 1980s. "But this one is more methodical than others," says Gómez, who also highlights the fact that half of the participants are women, which gives the project a feminine look that previous ones have lacked.

The 33 photographers, all contemporary authors who live in Madrid, have divided the region into groups: the 179 municipalities, and the 21 districts of the capital -each of them separately-. And they have looked at those territories to capture their essence. Everyone has their own strategy, but Gómez -who has been assigned to take a photographic imprint of Brea de Tajo, Estremera, Fuentidueña de Tajo, Valdaracate, Villamanrique de Tajo and Villarejo de Salvanés- uses his own technique: "Observe a lot, go back to the places, talk to the people who live there, who are the ones who know best...».

The municipalities have been distributed among the professionals based on their own preferences, their interests or their knowledge of them. «For example, Julio López Saguar has been doing the outskirts of Madrid all his life».

They began this immense work in February, which they will finish in July, in order to mount the exhibition that can be seen in the first half of 2023 at the El Águila complex. In addition, the photographs -ten for each town, chosen by their authors- will be transferred to the Community, and will become part of the Regional Archive funds.

There are many months of walking Madrid and contemplating it from all its angles. In winter, spring and summer. “The only thing we are not going to cover is the fall,” explains the curator. In the almost desert weekdays, and the busy weekends. At harvest and planting time. With inclement light or a sky bricked with clouds.

The result will be an immense puzzle that collects the plateaus, the mountains, the valleys and the fertile plains, the big cities and the small towns. "A whole microworld bounded in the geographical terms of the Community of Madrid," concludes Paco Gómez.

The images try to find an artist's gaze on a landscape and a cultural heritage, the result of human interaction with the natural environment and the evolution of both. A look, they point out in the Ministry of Culture, directed by Marta Rivera de la Cruz, "that it be a subjective interpretation with the same approach but from different eyes", which makes "the artistic contribution of photographers" fundamental. “We want it to be a useful archive; that in the future, when the Community of Madrid is examined, this can be used".

1 Ayuso leaves sexual development out of the Early Childhood... 2 Victory or trouble in Geneva 3 Noc Brut Rosé 2019: a sparkling transgressor 4 Where to discover flamenco this summer 5 What happened to Las Ketchup? 6 Guatemalan activists try giant screen to clean up... 7 The impact of European funds on the Spanish economy... 8 The OECD warns that the escalation of prices will... 9 North Korea holds major party meeting amid nuclear... 10 Biden asks Latin American leaders to respect democracy 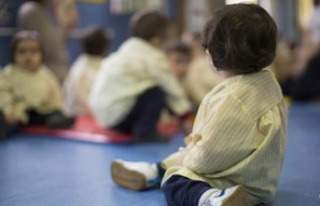 Ayuso leaves sexual development out of the Early Childhood...