Pension reform: 65 years, to align with the European average according to Macron? 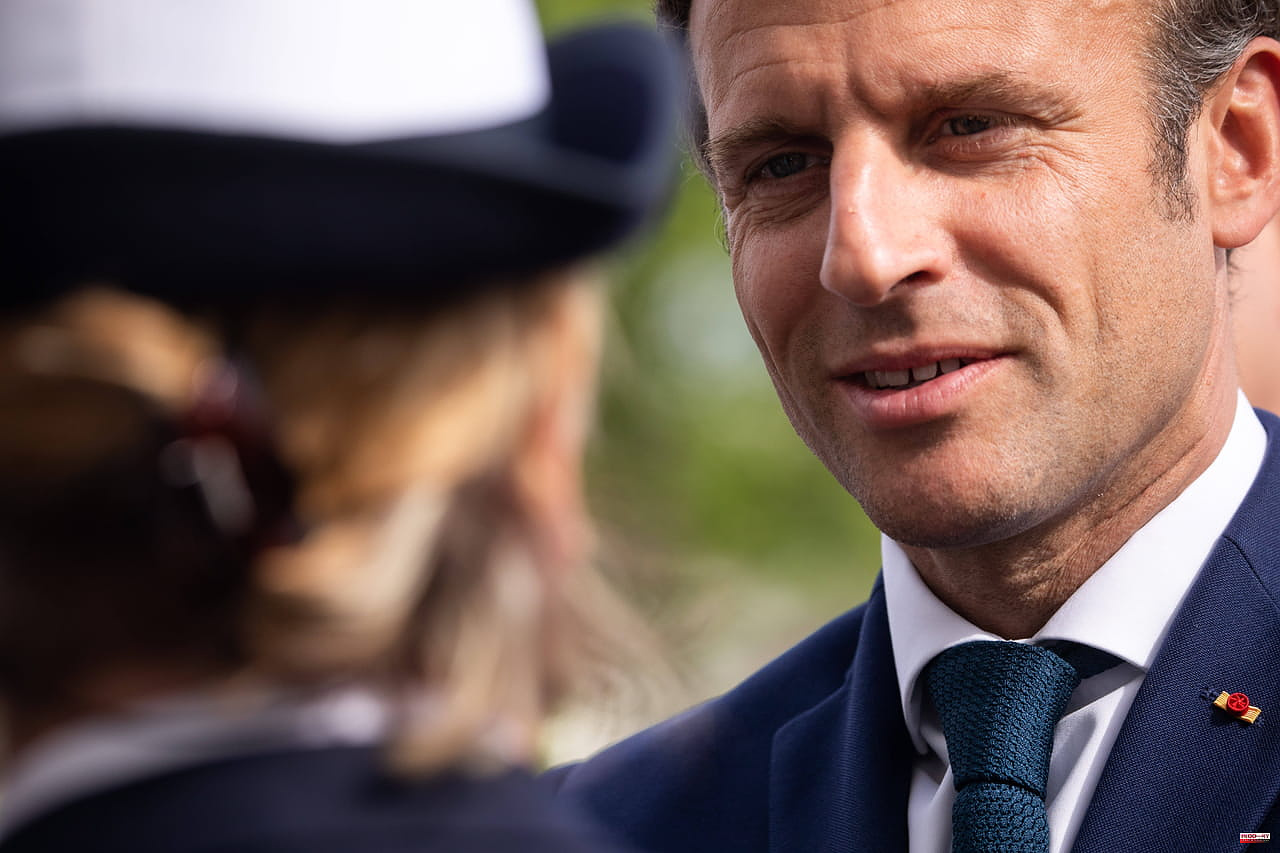 PENSION REFORM 2022. The retirement age should be 65 or even 64, in line with our European neighbours.

[Updated on April 29, 2022 at 9:05 am] The pension reform desired by Emmanuel Macron should be one of his main projects for this year 2022. The objective is clear, work more! As the general delegate of LaREM Stanislas Guerini wanted to recall at the microphone of France Info the day after Emmanuel Macron's election: "We want to bring the starting age back to the European average, to what the countries around We are going to take the time to do it over ten years". A measure therefore assumed, and argued. This extension of working hours should make it possible to finance the other flagship measure of the reform, the introduction of a minimum pension, he continues: "We want to revalue pensions, and particularly small pensions. For an employee who has worked all his life, it will be 1,100 euros per month. To finance this, we say that we want to work longer because we live longer".

With such a measure, the 1969 generation would be the first to benefit from a full pension at full rate. Important to know, with such a project, workers could accumulate RTTs by choosing to spend them during their career, or keep them to accumulate them in retirement. To do this, Emmanuel Macron first wishes to engage in a major discussion, in particular with all the social partners: "The referendum is an instrument in the hand of the President of the Republic (...) I think that on a subject like that is first of all consultation, discussion and respect for all stakeholders" he declared on Friday April 22 at the microphone of France Inter. It should be remembered that the introduction of the postponement of the legal retirement age to 65 should allow the State to save approximately 8 billion euros by 2027. Finally, the use of 49-3 n is not to be excluded to pass the reform, all the options are on the table as the Minister of the Economy Bruno Le Maire suggested this Monday, April 25 on the airwaves of France Info: "I cannot give I don't want this guarantee, that's for sure. This reform must be the subject of as much discussion and dialogue as possible with the hope of reaching a compromise".

Against the current of his opponent Marine Le Pen, Emmanuel Macron has positioned himself in favor of raising the legal retirement age to 65. What annoy the sympathizers of the opposition. This is why the latter has already said he is ready to move and reflect on the question, believing that a departure at 64 was not impossible. Tuesday April 19, Prime Minister Jean Castex was invited to the microphone of France Inter to defend Emmanuel Macron's proposal on pensions. An ambition at LREM which is above all budgetary in order to avoid the escalation of the deficit: "If we do nothing, the deficit will increase. 9 billion in 2025, 12 billion in 2027 and 17 billion in 2030. must balance our pensions, Emmanuel Macron wants to preserve the pensions of the French and even raise the minimum pension fund to 1,100 euros. In addition to this minimum pension, Emmanuel Macron also wants to play on inflation indexing, as soon as he is elected. "Indexation to pensions is starting this summer. And the 1,100 euros depend on the pension reform." he said on Friday, April 15. Also, the Minister of Labor Elisabeth Borne assured that "physical but also psychological professional wear" would be taken into account on the set of BFMTV, this Monday, April 18.

On the sensitive file of the pension reform, already envisaged in 2017 but which could not be completed due to the health crisis, Emmanuel Macron has, it seems, dropped a little ballast, showing himself less firm only initially. While the outgoing president advocates a retirement age of 65, he explained that the project could be reviewed at 64. On France 2 on Wednesday April 13, 2022, the Head of State clarified his thinking: "As soon as the reform passed during the five-year term, we will shift the legal age by 4 months each year. From 2023, there will be four month lag, four months the following year, which means that we will reach around 64 years old in 2027-2028. And there must be a review clause. Or at the end of the quinquennium. Could the reform stop there? Nothing is less sure. Here are the main points of the pension reform envisaged by Emmanuel Macron:

Emmanuel Macron has positioned himself in favor of raising the legal retirement age to 65. Qualified for the second round of the presidential election and credited with 27% of the votes in the first round, the candidate LREM broke with a large part of the French political class, more favorable to a lowering of this legal retirement age. In particular his number one opponent, Marine Le Pen (RN) also qualified for the second round on April 24, which will decide the new President of the Republic. What is certain is that the candidate for his own re-election has no time to waste in this tense climate of rising consumer prices. Inflation has been rising steadily for several months (4.5% in March over one year). This is why, almost as soon as he is re-elected, he plans to index retirement pensions to inflation! And this, from the fall of 2022. The legal age would therefore be shifted to 65, and gradually. In other words, the first generation to retire at this age with full retirement will be the 1969 generation. The objective is to raise the retirement age by 4 months each year, until 2034 or the reform should be see the day.

With this new pension reform project, Emmanuel Macron's objective in the event of re-election is to promote the employability of seniors. For him, this measure should have a mechanical effect. By postponing retirement, those over 55 will have a better chance of getting hired, because they have more years ahead of them. Through this new pension reform, the current head of state also intends to finance another measure, the establishment of a minimum pension.

The candidate for his own succession is swimming against the tide against the other candidates, but considers this reform "necessary" without excluding a "difficult" side to put in place. This decline in the legal age could make it possible to finance the minimum retirement of 1,100 euros desired by the LREM camp, for any full career. "We must take into account long careers, disability issues and be able to take into account the reality of jobs and tasks to have a fair system" declared the current head of state at the Docks de Paris last Thursday. During his interview with Léa Salamé on France Inter on Monday April 4, the LREM candidate also clarified the situation concerning the situation of new hires: "I want to build the minimum pension at 1,100 euros. I want to finish with some special diets. New hires will be on a new system." In other words, a 50-year-old employee should not be subject to this new reform in full career, i should keep his special scheme until the legal retirement age. On the contrary, a newcomer to the job market, yes.

The exit from special schemes and the raising of the retirement age was one of Emmanuel Macron's flagship projects in 2017, it will not come into force in 2022. However, this pension reform remains a fundamental issue of this campaign, whatever the political side. As a reminder, the Government had decided to activate Article 49.3 of the Constitution to pass without a vote the famous pension reform in the National Assembly on February 29, 2020. A maneuver widely decried at the time, deemed as a "denial of democracy" by La France Insoumise. The pension reform itself was also subject to strong criticism, even today.

The initial objective was to create a universal system, by points and by pay-as-you-go, thus eliminating special regimes (SNCF, electricity and gas industries, RATP, etc.). "From 2022, we will have to make clear decisions", he had already warned in November 2021. The President of the Republic had reaffirmed these three ambitions: establishing a minimum retirement pension of 1,000 euros for any full career at the minimum wage, push back the legal age and abolish special diets. In recent months, the government has remained unclear on the future of the pension reform, suspended since March 2020, due to the health crisis. In addition to the health context and the imminence of the presidential election, the resumption of the pensions project comes up against several obstacles. First, the parliamentary calendar, and, second, the firm opposition of unions and employers to the resumption of consultation.

Two issues are traditionally opposed for pension reform. During the citizen consultation launched between 2019 and 2020 by the former High Commissioner Jean-Paul Delevoye, an issue of social justice was put forward by the defenders of the project. The French pension system is currently made up of 42 distinct schemes: the general scheme, the complementary schemes (Agirc-Arrco, Ircantec...), the special schemes (SNCF, RATP, electricity and gas industries...) and the autonomous (liberal professions...). Each scheme has different methods for calculating pension rights, and therefore ultimately the amount of the retirement pension. Not only is the system therefore complex, but it leads to imbalances between pensioners once they retire. In addition, the current system is considered unsuitable for current careers, as working people are now much more likely to change employers during their working life - and therefore to accumulate pension rights under multiple schemes - which increases the risks of receiving a pension of the wrong amount on retirement.

Last issue, and not least: the financial balance of the pension system, already undermined by the health crisis, and this while the number of retirees is increasing. According to estimates by the Pensions Orientation Council, the deficit stands at 13 billion euros in 2020, and will be less than 10 billion in 2021. With more than 300 billion in annual expenditure, pensions constitute the main item of public spending, at 13.5% of GDP, far ahead of our European neighbours.

Since June 2021, several reports have been published, pleading to reform the pension system. The report of the Blanchard-Tirole commission considers that the reform, adopted at first reading in the Assembly in early 2020 and then suspended, constituted "a good starting point". “A points system is intelligible if it is administered transparently,” the report reads. "It can be the vector of a unification of the system, which remedies the injustice induced by the special regimes, as well as the progressive transition towards this objective". Interested in learning more about the leads under consideration? In truth, nothing very new. Check out our brief to learn more:

According to a confidential note produced by the National Old Age Insurance Fund (CNAV) and obtained by the magazine Challenges, certain scenarios have already been quantified. An increase in the contribution period, at the rate of one quarter per year to reach 176 quarters (i.e. 44 years) for people born from 1968, would ensure a financial return of 300 million euros in 2022 to 12 billion euros. euros in 2060. What about a possible postponement of the legal retirement age? It all depends on the pace adopted. But if it were to raise it to 64 years from 2025, the return would be estimated at nearly 18 billion euros from 2027.

It unleashed passions, aroused the anger of the social partners, including the unions initially favorable to the project. Suspended sine die, the pension reform has seen many twists and turns. Linternaute.com invites you to review the chronology of this controversial social project in a few key dates: 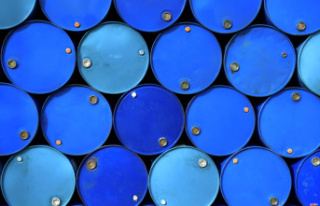 Price per barrel of oil: it is falling sharply this...