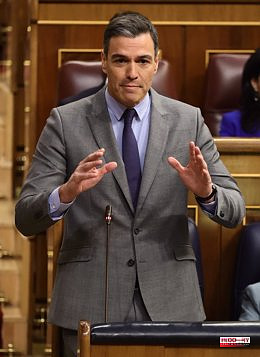 The President of the Government, Pedro Sánchez, has been willing this Wednesday to study the initiative proposed by the PNV to increase judicial control over the National Intelligence Center (CNI) and has expressed his "empathy" with the people who, like him same, have been spied on with the 'Pegasus' program "without judicial permission".

This was stated by Sánchez in the plenary session of Congress in response to the PNV spokesman, Aitor Esteban, who has asked him to make sure "well" that it is true that neither the Police nor the Civil Guard have the aforementioned spy 'software' and it has reminded him of the irregular actions of those known as 'patriotic police'.

The president has insisted that his government "has nothing to hide" on the issue of espionage and has insisted on his "confidence" in the work of the Security Forces and intelligence services.

1 Pedro Sánchez, willing to meet with Pere Aragonès... 2 NATO: Sweden and Finland have submitted their membership... 3 Laval: the SQ deploys a command post to elucidate... 4 Iran: death of a second Asian cheetah cub, endangered... 5 Health alerts communities after detecting eight suspected... 6 The CNMV provisionally suspends the listing of Siemens... 7 The museum that restores smell and seven other peculiar... 8 The president of the European Parliament will support... 9 They appeal Errejón's acquittal: "It goes... 10 Pedro Sánchez clears the "concessions"... 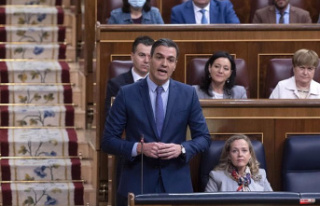