Pedro Sánchez: «My Government is beaten by the economic powers and their media terminals»

He already dropped it in his appearance on Friday in Brussels, and yesterday he finished shaping the positioning. 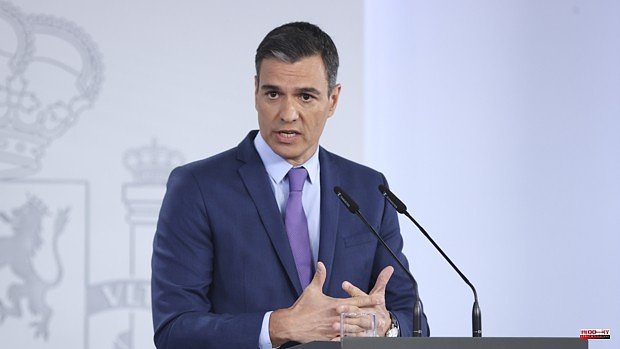 He already dropped it in his appearance on Friday in Brussels, and yesterday he finished shaping the positioning. Pedro Sánchez is now recovering, after the electoral failure in Andalusia, the anti-establishment discourse that he raised five years ago, in the campaign with which he managed to become Secretary General of the PSOE again, after defeating Susana Díaz in the 2017 primaries. .

If in the community capital, where he appeared after the meeting of the European Council, the head of the Executive made it clear, slipping the spirit of the measures approved yesterday, that "this Government knows very well for whom it governs", this Saturday, during the presentation of the decree of measures approved by the extraordinary Council of Ministers, pointed out the argument: «We govern for the middle and working class, for the most vulnerable groups in this country.

It is true that this government is beaten a lot by certain powers. But those powers have to be aware that this is an autonomous government, that serves who it serves, which is the working middle class of this country »he insisted.

For Sánchez, “it is clear that this is an annoying government for certain economic interests. They have their media terminals and they also have their political terminals. I think it is something that is on the street and I think that anyone who analyzes it with a minimum of objectivity can see it. This is real. By the way, a reality that we have been suffering for four years now, first with the motion of censure and then with the coalition government." In response to that supposed boycott, Sánchez emphatically replied that "they are not going to break us" and that "we are going to continue defending the interests of the middle and working class of this country."

But economic power was not the only power that Sánchez warned about. He also did it on the judiciary, in line with the controversy over the non-renewal of the General Council of the Judiciary (CGPJ) and the maneuver of the Government through the proposal registered by the PSOE to allow that even while in office he can participate in the renewal of a third of the Constitutional Court (TC) that must be done now, with two magistrates elected by the CGPJ and another two by the Government itself.

Sánchez defended that reform and again accused the PP of having declared itself in rebellion against the Constitution for not agreeing to the appointment of the new members of the governing body of the judges. Referring to the ruling against abortion by the US Supreme Court, which he did not hesitate to describe as a "very serious setback", he reflected on the fact that "judges make very important decisions for our societies, and I believe that the governing body of the Judges must have the maximum legitimacy, which is what neither the General Council of the Judiciary nor the Constitutional Court have right now, because there is a party that does not want to comply with its constitutional obligations.

One of the issues on which the TC still has to decide is, precisely, the appeal of the PP against the abortion law approved by the Government of José Luis Rodríguez Zapatero.

1 Warm farewell to teacher Mari Ángeles Delgado Barahona... 2 The singer-songwriter Nicolás Capelo dies at the... 3 Sánchez-Escribano, stripped of the reign of 3,000... 4 Alcázar de San Juan evokes its railway past 5 Barcelona closes an almost perfect season with the... 6 The Royal Family, in the function of the choreographer... 7 Sherry Vinegar, infinite possibilities as a result... 8 The last time an overweight, depressed Elvis Presley... 9 The Cadena 100 anniversary brings together the best... 10 Music to see, touch and smell 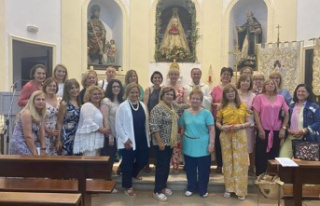