Bolaños and Robles will be interrogated again by the wiretaps, in an examination that this time also reaches Marlaska. 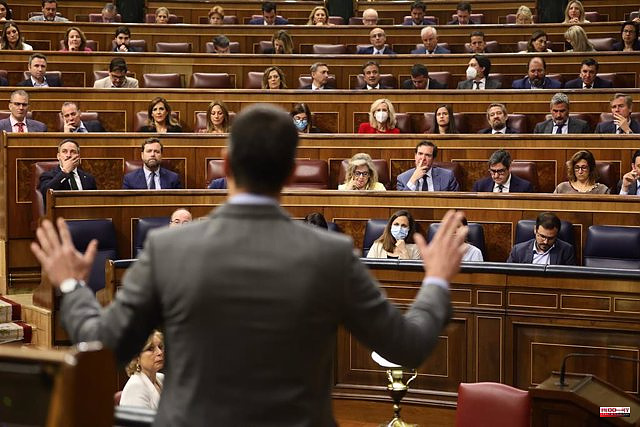 Bolaños and Robles will be interrogated again by the wiretaps, in an examination that this time also reaches Marlaska

The 'Pegasus case' will focus this Wednesday, for the third consecutive plenary session, the control session of the Government in Congress. The PP will question President Pedro Sánchez again on this matter, who will also have to face questions about Bildu and PNV. The Ministers of the Presidency, Félix Bolaños, and Defense, Margarita Robles, will once again be the subject of an examination, to which this time the head of the Interior, Fernando Grande Marlaska, will also join.

The 'number two' of the PP, Cuca Gamarra, will open fire, who will summon Sánchez to confess if he does not believe that the Government has already made "enough" concessions to the independence movement, the last one being the dismissal of Paz Esteban at the head of the National Intelligence Center ( CNI).

The PNV spokesman, Aitor Esteban, has also chosen this issue for his question to Sánchez, whom he will ask to clarify if the Civil Guard and the National Police have a 'Pegagus' program.

On his side, Bildu's spokeswoman, Mertxe Aizpurua, will challenge him to explain how he intends to recover the majority of the investiture, resentful after the outbreak of the controversy of espionage against independentistas.

For Minister Bolaños, three questions have been presented with the signature of the PP, Vox and Cs. Specifically, the 'popular' Ana Beltrán wants me to clarify if she is "in a position to guarantee that the communications of the Presidency are secure."

"Where is this Government going?", Says the question registered by the Vox deputy and candidate for the Andalusian Government, Macarena Olona, ​​while the leader of Cs, Inés Arrimadas, will ask her to give her opinion on whether the parliamentary alliances of the Government "guarantee the stability, prosperity and proper democratic functioning of Spain".

Two other questions are addressed to Robles. From the PP they will demand that he detail the reasons for the dismissal of Paz Esteban and from Vox that he confess why he did not resign instead of "consenting" to the dismissal of a person he had supported "publicly and repeatedly".

The only question for Grande Marlaska has been recorded by the PP Interior spokeswoman, Ana Belén Vázquez, with the aim of knowing if the Interior has opened any investigation for the violation of Sánchez, Robles and himself communications.

In addition, the PP has presented an interpellation so that the Executive responds for its internal divisions "in matters of foreign policy and security", in reference to the tensions that the war in Ukraine has caused between the PSOE and United We Can and also to the pulse that , on account of espionage, Bolaños and Robles lived weeks ago. That debate will lead to a motion that will be put to the vote in the last week of May.

1 Gamarra says that Sánchez knew in 2019 that the CNI... 2 The largest network of travel agencies in Spain, Ávoris,... 3 The Government will respond "solidarity"... 4 Cannes Film Festival: Zelensky, Vincent Delerm...... 5 The racist Buffalo massacre meticulously planned for... 6 The Stock Exchange sets its sights on 8,500 boosted... 7 The PP refuses to join in reforming the Catalan law,... 8 The PPdeG proposes to the PSdeG a "global agreement"... 9 A master and his dog attacked by two mastiffs 10 A dashboard to monitor the performance of the health... 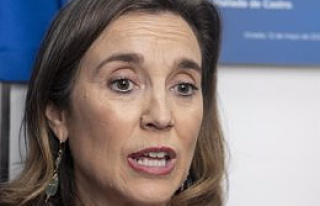 Gamarra says that Sánchez knew in 2019 that the CNI...