These days the NATO summit is being held in Madrid, in which a detailed protocol has been deployed so that everything works perfectly. 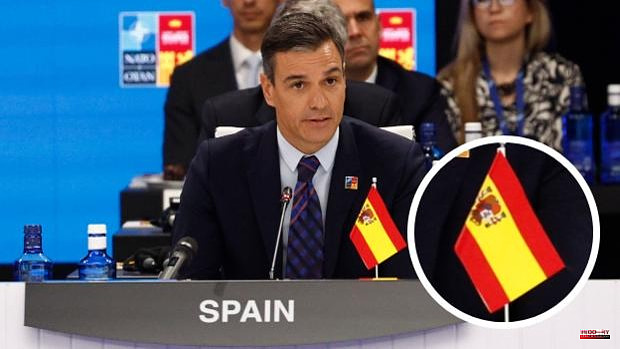 These days the NATO summit is being held in Madrid, in which a detailed protocol has been deployed so that everything works perfectly. However, there is always room for mistakes. The President of the Government, Pedro Sánchez, has sat in his place during the Summit, in front of which, as with all the members, there was a small flag of the country, in this case the Spanish one. The big difference with respect to the rest of the leaders is that his was the other way around.

From La Moncloa they clarify that the protocol and installation of flags has been the responsibility of NATO. "They have apologized to us and they have already changed it," they have transferred to ABC, according to Esteban Villarejo.

This is something that already happened in his meeting with the King of Morocco, Mohamed VI, last April, when that country placed this Spanish insignia upside down. At that time, sources from Moncloa minimized the "error" and described it as an anecdote, considering that it was "a failure without further ado", according to ABC.

It is unknown if that gesture in Morocco was accidental or deliberate, but it was certainly anti-protocol. Placing it face down implies, according to experts, "disaster or request for protection", as well as a "declaration of surrender to the enemy, request for help or protest", according to the blog specialized in protocol Ser Communication.

In this way, it was not clear if, if it had been on purpose, Morocco would be insinuating the submission of Spain or if it was a mockery, offense or declaration of intent. This time, at the NATO summit, it is understood that it was accidental. It should be noted that "offenses or outrages in words, in writing or in fact" towards the symbols or emblems of Spain, is contemplated in article 543 of the Civil Code, and "will be punished with a fine of seven to twelve months" .

1 Rueda censures the docility before the Government... 2 Two hit men from the 'Mocromafia' execute... 3 Biden announces that the US will strengthen its military... 4 Regulated natural gas rates rise 10.4% on average... 5 Calviño, a month and a half ago: "Everything... 6 The Venta del Moro forest fire no longer has a flame... 7 A "blind" shot keeps the wounded guard in... 8 Police rule out that the attack on a shopping center... 9 The summer effect dissipates: unemployment falls by... 10 The artificial intelligence that hunts the thief by... 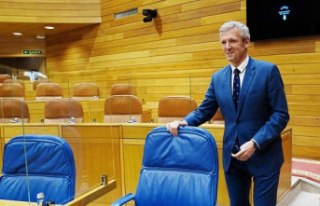 Rueda censures the docility before the Government...