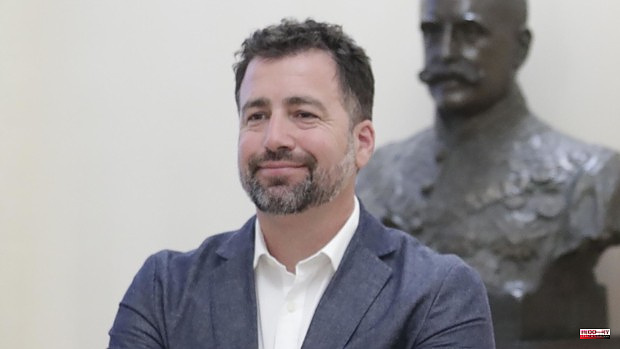 "It is a personal decision that I made a long time ago," Del Cura announced, adding that "eight years is more than enough time for a public service like the Mayor's Office of this city." »The time has come to step aside so that other people assume public and institutional leadership«, the still councilor pointed out.

Del Cura, who registered his resignation this morning on July 6, has assured that he is "very proud of having led this city in the last eight years."

“For me, it has been an honor to serve the Ripenses and to have contributed to developing a city model that is already a benchmark throughout the country: we have the highest activity rate in the entire State, we are one of the first cities in public housing for inhabitant and we are spearheading the defense of the rights of ordinary people against the powerful: we defeated the banks with the mortgage clauses and the insurance companies so that they pay for what they charge the neighbors. And, while we have achieved all this, we managed to reduce indebtedness and we are executing the largest public investment in the history of Rivas", he continued.

Personally, Del Cura has continued, he only takes "gratitude". »It is exciting to think of all the struggles, moments and joys that we have lived together and together«, she recalled.

Once the relief in the Mayor's Office of the city is given, next July 6, the still mayor of Rivas will return to his job in the Department of Education, Children and Youth of the Rivas City Council itself, which is in forced leave of absence since he was elected to an elected position.

Regarding his political commitment, as he himself has declared, "it remains intact." “I will continue militating in the United Left of Rivas”, he assured to clarify that now his political work “will consist of ensuring that next year three women take charge of the institutions by means of broad progress agreements: Aída Castillejo as elected mayor of Rivas , Mónica García as president of the Community of Madrid and Yolanda Díaz as president of the Government“, has indicated.

"I can't think of anything more exciting and necessary than that these three companions and friends are the highest reference in institutions to improve people's lives," Pedro del Cura has indicated.

On July 6, two extraordinary plenary sessions will be held in the city in which, first, Del Cura will make his resignation effective, and then the person who will lead the Mayor's Office will be elected. In his opinion, that person "should be Aída Castillejo, number two on the list with which we won the elections, and part of my team in the Government".

To conclude, the first Ripense mayor wanted to convey "tranquility and confidence" to the residents of Rivas: "With this, one stage ends and another begins, but the most important thing is that this city does not stop. In Rivas, the left has always been a guarantee of stability, security and solvency, and let no one doubt that it will continue to be so”, he concluded.

1 Ferran Adrià enters the 'stoves' of Atapuerca 2 The keys to request the new FP scholarships for families... 3 98.67% of students obtain a place in their educational... 4 The region has in Valdepeñas the largest still wine... 5 The Generalitat believes that the TSJC's response... 6 The Diputación de Soria opens the term to apply for... 7 The Valencian river chosen among the six best in Spain... 8 The TSJ returns the investigation against Mónica... 9 Complaint of the Education unions for the lack of... 10 The number of women who decide to rehabilitate themselves... 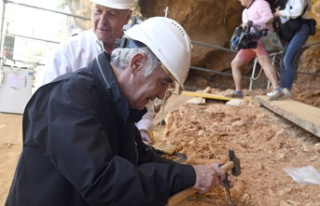