Pau Gasol: «I would not understand success if I am not capable of transforming it into others, into the most disadvantaged»

«I would not understand success if I am not capable of transforming it into others, into the most disadvantaged. 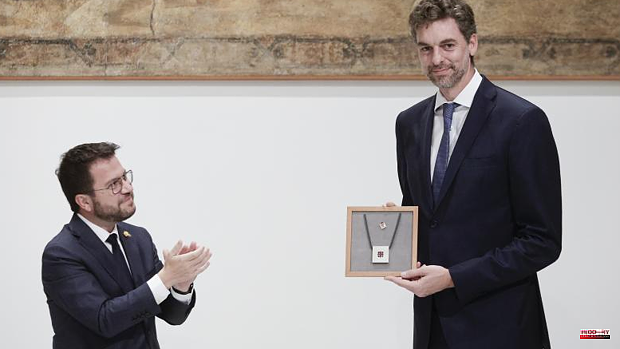 «I would not understand success if I am not capable of transforming it into others, into the most disadvantaged. Being praised is fine, but if it doesn't have a deeper impact it's pointless." With these words, Pau Gasol has collected, this Wednesday, the Cross of San Jordi delivered by the Government of Catalonia. Pere Aragonès has defined Gasol as "an example of ethics and commitment".

The former basketball player for F. C. Barcelona, ​​various NBA teams, including the Los Angeles Lakers, with whom he won the United States championship, and the national team, with which he won the World Championship, has recognized that he is “a very lucky person” because he has been able to do what he liked best: play basketball.

And for belonging to "a basketball family", which, in addition, has bequeathed him some positive values.

Gasol has thanked his family and all the people with whom he has worked, from the coaches to the physios to his teammates, to whom he is "immensely grateful" for "the impact" they have had on his life and has pointed out that, since he was a child, one of his objectives was to get involved with the most disadvantaged.

Thus, he recalled that since 2003 he has been a UNICEF ambassador and has collaborated in pediatric hospitals in the cities where he has lived due to his work. He also in hospitals in Barcelona such as San Juan de Dios and Valle de Hebrón. In addition, he has mentioned the Gasol Foundation, created with his brother Marc, who also played in the NBA and is now in charge of the Girona basketball club.

The Catalan regional president, for his part, praised Gasol at the award ceremony for the Cross of San Jordi, which was held at the Palacio de la Generalitat. Aragonès has recognized the former basketball player as "a benchmark for his sporting successes and for his personal commitment and his values ​​and with the most vulnerable". The 'president' has praised Gasol for his effort, his teamwork and his self-demand. »He is an example of ethics and commitment«, he added.

1 They locate the 88-year-old man who disappeared from... 2 The only survivor of the Uvalde shooting, before the... 3 Brazil police questioning suspect in Amazon disappearances... 4 Spain will play against the Czech Republic with the... 5 Israeli ministers race to save flailing coalition 6 Escuela de Todos considers that the Catalan language... 7 The PPdG will resolve "soon" the great unknowns... 8 Picasso meets 'face to face' with El Greco... 9 The Chair of the Tajo sees the minimum flows of the... 10 The Xunta agrees with Andalusia the loan of a Picasso... 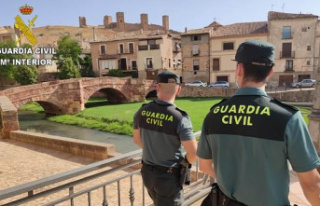 They locate the 88-year-old man who disappeared from...