PAU 2022 in Valencia: these were the cut-off marks of the Selectivity to enter the university last year

The Selectividad of 2021 surpassed the record of approved at the national level with a figure of 92. 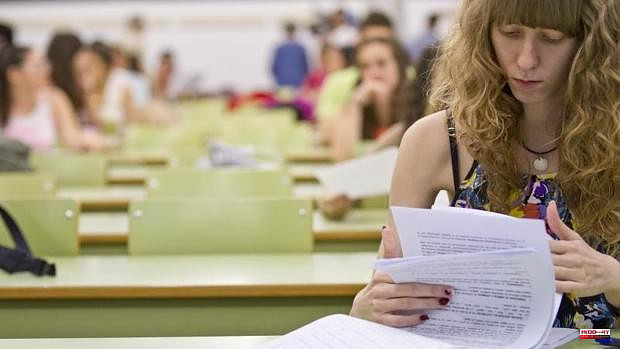 The Selectividad of 2021 surpassed the record of approved at the national level with a figure of 92.7% of the total of students presented. In the case of the Valencian Community, the average of the university entrance mark reached 7.4, without counting exempt, placing it below ten autonomies.

In the compulsory phase, the average grade achieved in the Valencian university system was 6.855. French was revealed as the test with the highest pass rate -it was close to 96%-, while History of Philosophy, including controversy and review, was the test with the lowest results.

The official figures indicated that of the total of 21,579 students presented from high school to the compulsory phase, 21,192 were declared fit, which translated into a percentage of 98.21%.

The average mark reached 6,855 (the highest in the Miguel Hernández University, the only one that exceeds 7). In addition, the average of the university entrance mark (not counting exempt) reached 7.4 and, taking into account only the apt, 7.5.

Regarding the results by subjects, of the common ones, Valenciano was the one that registered the most passes, since the apt ones accounted for 89.6% of those presented, with an average mark of 6.9. It was followed by History of Spain (86.9% pass and an average grade of 6.8) and, finally, Castilian (85.3 pass and 6.6 average).

The other side of the coin was History of Philosophy, where the weakest results appear. A total of 4,948 young people applied, of which 3,305 were eligible -66.7%-. His average grade, a 5.6. In fact, it was the only subject that dropped from 6.

Thus, the Valencian public universities awarded a total of 25,698 places of the 25,863 offered for the 2021-2022 academic year, whose most requested degrees were the degrees in Medicine, Nursing and Master in Primary Education. Then come the degree in Business Administration and Management, Master in Early Childhood Education, Computer Engineering, Law, Physical Activity and Sports Sciences and Physiotherapy. 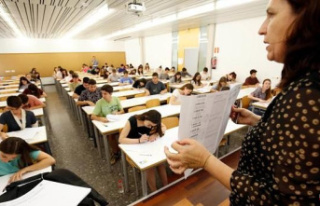