Paris and the madridista obsession 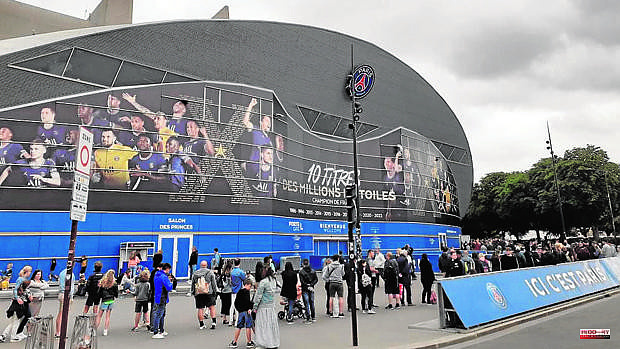 In Montmartre, American girls find it appropriate to wear French berets. Perhaps there is no other place to do it. Men walk down the street with bread in their arms, as if it were a baby. Paris, immovable and eternal, followed his things on Friday as if the Champions were a congress of dentists. Thursday was the feast of the Ascension and the next day there was a suspicious serenity in its streets. The city was on the bridge (we dare to say 'du pont') although it does feel and appreciate the impact of the final. Their hotels have been filled. The local press reported that last week they were at 93% occupancy and the average price of what was left was 1,800 euros for two nights.

It tripled. Roland Garros is also played (Zidane was in the audience) and Paris recovers the normality of its tourism. In the souvenir shops near the Sacred Heart, you could see the classic motifs of the Eiffel Tower, the national team's rooster and Messi shirts... but what about Mbappé?

The feeling is that the outcome of his future has traumatized Madrid more than it has altered Paris, where the hangover was barely noticeable in the always thoughtful analysis of his press. A journalist, Laurent-David Samana, author of the book 'Footporn', put the resolution of the Mbappé case as an example of 'football pornography', one more step in the entertainment industry; for another, Mbappé was a sporting example of the new independence of the artist in a world of big platforms/clubs; and there were those who were no longer mixing politics and football, geopolitics and football, placing Mbappé's continuity within the framework of new international relations and new flows of energy and power. Seeing the great traffic jams in Paris, one thinks, where does the fuel for so much come from? The resounding spectacularity in the history of Paris explains why States like Qatar have wanted to project their image there, to clean it up. If the signing was strategic in Madrid, it is even more so in Paris, and it is easily understood being there. PSG have fewer followers on social media than Mbappé. At the entrance of the official club store is his prominent figure, his shirt. Messi and Neymar are photographs on the flanks, and Ramos at the very end, making a foreshortening between Zoolander and 'minute 93'. The PSG tour in the Parc des Princes is already another small tourist attraction. A long queue of visitors ran through part of the stadium. In the absence of Champions, the trophies of the handball section are displayed inside. Mbappé is the base of a club that is beginning to be global, and the image of Qatar before the next World Cup, but there is a strictly French importance. In 2024 the Olympic Games will be held in Paris, and Mbappé will be able to be a symbol of the city. In his statements these days he said he was a "figure nationale", a national figure, "with rights and duties". A public figure at the service of the nation. A certain chauvinism was noticeable these hours, for example, in the way that French soccer personalities such as the president of their professional League responded to Javier Tebas and closed ranks with PSG.

Is there for that or is there an atmosphere against Madrid? Not especially. A train strike has been called and in the commentary on the news on a website, a Frenchman celebrated it: I hope the madridistas miss the game. It is possible to sense a new rivalry when, upon hearing the complaint about the cold, the waiter, boastful and in short sleeves, sardonically asks if the visitor comes from Madrid. But they are impressions as light as they are prejudiced. There are white supporters on the street, especially Benzema admirers, there are them in taxis, in shops, people who say 'Hala Madrid', within, yes, the general impression that Paris is far above football. Its globality is far superior to the globality of football. Who will they go with in the final then? PSG has not had disputes with Liverpool, but it is not advisable to rush to conclusions. Some 70,000 English are expected, many without a ticket. There is time for this to change. Most go down the street in shorts, as if it were some colonial attire or a customs requirement. It is the uniform of the 'supporter'.

They looked less Spanish, and in a more discreet way, with a sense of custom. For some it is their eighth final and it is no longer a matter of mounting the number. There were Madridistas on the terraces of the boulevards enjoying the 'liberté' of Paris, which is not exactly that of the terraces of liberty in Madrid. It is noted in the position of the table and chairs, facing the pedestrian. This predisposes to a voyeur perspective that civically disciplines the observer and the observed.

The Spanish fan in Paris has something of a landista, but not in the sycalyptic sense. It's not like he's after French women. The meaning of that landism was revealed to us by the president of Atlético de Madrid. Enrique Cerezo declared that he will not go to the final, that he will stay at home watching 'Paris is worth a girl'. This sounded like a joke, but no. He hit the nail on the head! In that film, Alfredo Landa is sent to the French capital to retrieve the wayward daughter of a local chief. Doesn't this ring a bell? It's like the myth of Europa: Europa is kidnapped by Zeus, turned into a white bull, and they have to get her back. All things considered, doesn't Madrid do that? Isn't that what Madrid does every time they go out to win the European Cup? Does he steal it or recover it? This trophy means infinitely more to Madridistas than it does to others. The others see a trophy, a projection, at most a consolidation. For Madrid it is a mission and a reason for being. Nobody cares about these things as much as the madridista. For Paris it's just one more event, and even there they don't talk about Mbappé that much (which isn't pronounced 'embapé' either). The madridista, hurt, parks that matter. He wants to take the Cup to Madrid and punish with the metallic reflections of his glory and his indifference to the footballer, while he gets used to the idea of ​​leaving him for a while in Paris. Not even Mbappé suspects that he is on loan there. Or as an expatriate 'pichi' said: «Let us get fired up». 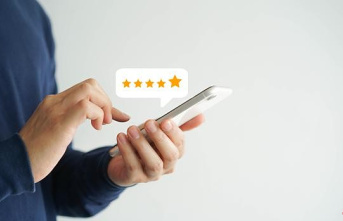