His body was brandished on a stretcher, by men who did not leave their weapons. 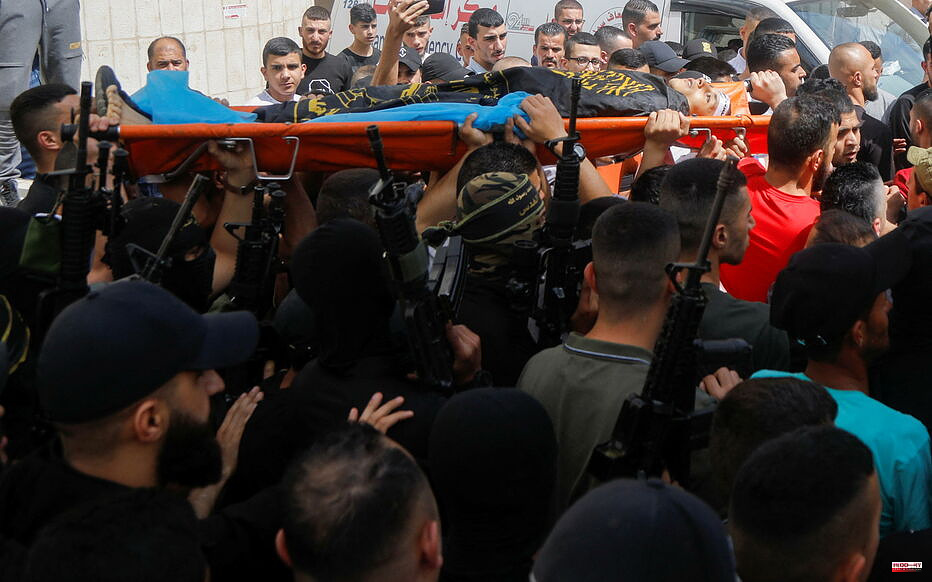 His body was brandished on a stretcher, by men who did not leave their weapons. A Palestinian teenage member of the Islamic Jihad was killed Saturday by Israeli forces in clashes following an Israeli raid in the occupied West Bank.

"A 17-year-old boy was killed and an 18-year-old seriously injured by Israeli occupation bullets during his assault" in the Jenin area in the northern West Bank, Palestinian territory occupied by Israel since 1967 , the Palestinian Ministry of Health said in a statement.

The official Palestinian news agency identified the slain teenager as Amjad Al-Fayed. The Palestinian armed movement Islamic Jihad said in a statement that Fayed was one of its members, and paid tribute to him for fighting against Israeli soldiers.

In a statement, the Israeli army said that during operations near the village of Kafr Dan, “suspects fired at soldiers (…) from a moving vehicle. They also threw Molotov cocktails and an explosive device." "In response, the soldiers fired" and hit several of them, according to the same source.

The teenager's funeral took place in the Jenin camp, where armed members of the Islamic Jihad carried his coffin. In a statement reported by the official Wafa news agency, Palestinian Prime Minister Mohammed Shtayyeh denounced Fayed's death, saying "the international community should hold Israel accountable for its actions."

The army has stepped up raids in the Jenin refugee camp, considered a stronghold of Palestinian armed factions, where it says it is carrying out operations to arrest "suspects" linked to a wave of bloody anti-Israeli attacks in recent months.

The raids are punctuated by clashes, sometimes deadly, with inhabitants and combatants. Last week, an Israeli soldier and a Palestinian were killed during an operation by Israeli forces in the Jenin refugee camp.

It was also in this camp that Palestinian Al Jazeera journalist Shireen Abu Akleh was shot and killed on May 11 while covering an Israeli raid. The Palestinian Authority and Al Jazeera accused the Israeli army of killing her. Israeli police have opened an investigation into his death.

Read alsoWho is Shireen Abu Akleh, the journalist shot dead during an operation in the West Bank?

During her funeral, Israeli police stormed the grounds of a Jerusalem hospital as the journalist's body was being transported for burial, sparking an international outcry.

The scene filmed by civilians shows Israeli security forces charging into the procession holding the coffin at arm's length, without any hostility. Some people present around the coffin then yelled "why". One of the carriers, Amro Abu Khdeir was arrested, accused of belonging to a terrorist organization.

In other overnight operations in the West Bank, Israeli forces arrested nine Palestinian suspects and confiscated their weapons, the army said.

1 PSG: it's done, Kylian Mbappé has chosen to... 2 War in Ukraine: Moscow continues its offensive, Washington... 3 Elections in Australia: Prime Minister Scott Morrison... 4 Protection of bees: the PQ wants to ban glyphosate... 5 Deadly swerve in Saint-Jérôme 6 DIRECT. Kylian Mbappé at PSG, a three-year extension 7 They find the body of a woman floating in the Canal... 8 DIRECT. Kylian Mbappé: he extends in Paris! Latest... 9 Price of electricity, tomorrow May 22: the cheapest... 10 Antti Raanta: from shadow to light 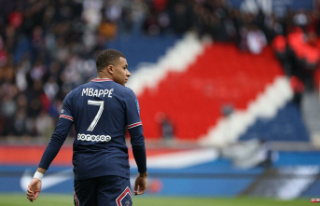 PSG: it's done, Kylian Mbappé has chosen to...