Page assures that if all the wine produced in Castilla-La Mancha were bottled, the GDP would increase by 3%

The president of Castilla-La Mancha, Emiliano García-Page, has considered in Tomelloso (Ciudad Real) that if all the wine produced in the Autonomous Community were bottled, the Gross Domestic Product (GDP) would grow by 3%. 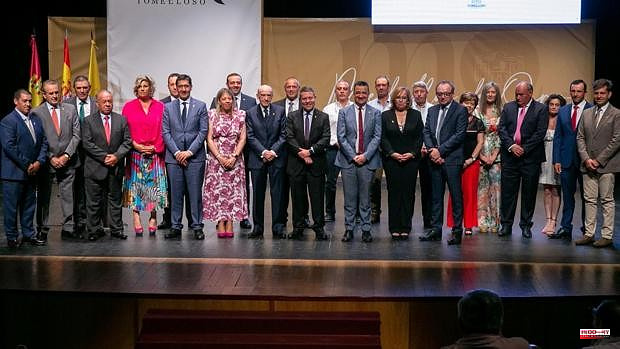 The president of Castilla-La Mancha, Emiliano García-Page, has considered in Tomelloso (Ciudad Real) that if all the wine produced in the Autonomous Community were bottled, the Gross Domestic Product (GDP) would grow by 3%.

García-Page made these statements at the award ceremony for the Tomelloso Gold Medal to the Virgen de las Viñas Bodega y Almazara Cooperative.

The town's 'Marcelo Grande' Municipal Theater has been the place chosen to deliver the recognition to "this great company" that has been collected by its president, Rafael Torres, for whom the head of the regional regional executive has had words of thanks, at the same time who has praised the work carried out in the vineyard by the men and women, partners of this cooperative.

For the president of Castilla-La Mancha, the two great icons of this town are its patron saint, the Virgen de las Viñas, and the award-winning cooperative. In his opinion, the concept of cooperative "is beautiful and this is especially noticeable in times of crisis in which effort accumulates", he pointed out. In the same way, he has recognized in the Virgen de las Viñas "the mother cooperative of the region, a cooperative that we use as a reference, because it is our flagship", he has confessed.

The head of the regional Executive has taken advantage of the occasion to banish the idea that production in quantity is at odds with quality, and has been convinced that this cooperative is a faithful example that quantity and quality are perfectly compatible. "We cannot, nor do we want to give up being the ones that produce the most and we cannot consider going less either," he considered.

“I have gone from respecting him to admiring him and loving him”, García-Page pointed out in reference to the president of the cooperative, of whom he highlighted his spirit, his ability to work and his perseverance. “We need more people like you”, he has said to him in particular, an acknowledgment that has extended to all the partners of this emblematic cooperative.

"You have earned the respect of the region as a whole because you share a great project," he pointed out, indicating that "this medal is a certificate that you must continue to be leaders." "That great project" is the vineyard, a "business that cannot be relocated", he recalled, while pointing out that 18% of the region's wealth is linked to the agri-food sector.

Precisely, Martínez Arroyo referred to the Bodega y Almazara Virgen de las Viñas, which already bottles 25 million bottles of wine, an "incredible achievement" in a wine cooperative in the region and has asked that it continue in this line and achieve larger.

And it is that "every time we put the wine of our land in a bottle we generate between five and six times more added value than when we sell it in bulk form" and thus, it carries the name of your town and our land to every corner of the world". Today Castilla-La Mancha sells wine in 150 countries and "there is no product that represents us better than wine."

1 The Churra Race Fair bets in Palencia to promote "the... 2 Two Basque scientists go on the hunt for Antarctic... 3 The rocket of the return, at Cape Canaveral's... 4 Luis Enrique: "I don’t see any other team that... 5 The ECB warns that business default is possible in... 6 Jayce Carroll, the missionary who frightened Europe 7 Casado: "Madrid made a motion for democratic... 8 Students are frustrated by the lack of gun reform 9 100 Days of War in Ukraine: A Timeline 10 Dialogue through comedy and dance 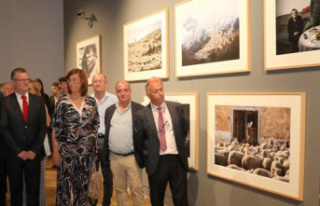 The Churra Race Fair bets in Palencia to promote "the...