Taking advantage of the inauguration yesterday of the president of the Chamber of Accounts, Hellinero Fernando Andújar, the president of Castilla-La Mancha, Emiliano García-Page, announced the creation, in the coming months, of the Transparency Council of the region, giving response to national and regional laws that so require. 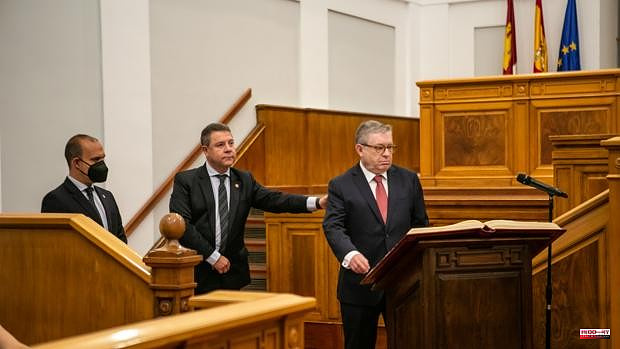 Taking advantage of the inauguration yesterday of the president of the Chamber of Accounts, Hellinero Fernando Andújar, the president of Castilla-La Mancha, Emiliano García-Page, announced the creation, in the coming months, of the Transparency Council of the region, giving response to national and regional laws that so require. “This body is going to make it easier for many things not to have to reach the control bodies,” he pointed out, while highlighting the unanimity collected by the votes of the regional Parliament.

The objective of the Chamber of Accounts is to improve transparency and strengthen the control of public management. "This region came to have a Consultative Council, as well as an Economic and Social Council, Ombudsman and Audit Office that were abolished," recalled the president, who stressed that the Chamber of Accounts of Castilla-La Mancha will serve to "guarantee the cleanliness and public honesty and that the citizen knows what their money is used for.

In this regard, he clarified that the implementation of this body "does not involve a global cost greater than what a nursery entails." In his opinion, the Administration is becoming increasingly complex and the new European legislation is added to this situation.

At another point he added that "this is a clean land, in 40 years what we have done is as important as what we have not", adding that "we are clean of dust and straw". For Emiliano García-Page, the new control system that is imposed in the region will be vigilant not only with the regional government and the public sector, but also with natural or legal persons who receive subsidies, as well as with political parties, the town councils, the unions or the University of Castilla-La Mancha.

"No one forced me to do this," said President García-Page, inviting the members of the Chamber of Accounts to "the sooner the accounts are audited, the better, and if it can be done in real time, even better, I have no intention that the management of the Government and the Administration is eternalized in a drawer. We are serious and we seek transparency and rigor.

"This is where the fiscal striptease of public office began," he pointed out, or the fight against gender-based violence and "today, consistent with that pioneering background, we recover an institution that represents one more hour of sleep for those who are concerned if we are or not corrupt.

About Fernando Andújar, he valued his professionalism and his "public service vocation", for which he was optimistic when considering that "we started this journey well".

For his part, Fernando Andújar promised at the inauguration ceremony in the plenary hall of the Regional Courts, accompanied by the regional president, Emiliano García-Page, the president of the autonomous Parliament, Pablo Bellido, and a representation of all the parliamentary groups, "responsibility and transparency", as well as "independence", at the head of a body that, according to what he said, will come to strengthen the autonomy of the Autonomous Community.

Andújar began by thanking the "almost unanimous support" -only Cs abstained- for the vote that led to his election in plenary session. Then it had historical references, such as the Toledo Forum or the Chinchilla Forum, which can be understood as predecessors to the newly created body, but it focused on the Statute of Autonomy and the Constitution to say that both texts legitimize the Chamber.

Andújar assured that the Castilian-Manchegos, "being a region, are an autonomy", a concept that is "an example of the character of this land, which has understood that autonomy strengthens by knowing each other better to seek solutions." That right to self-organization must be directed towards "effective" institutions, and that the Chamber of Accounts starts up is "an example" of the strength of its own autonomy.

The new law of the Chamber of Accounts "points the way to put into operation this body of external and accounting control of public accounts, ensuring transparency in the management of public resources."

And he added that today he starts "from scratch" a journey that wants to "put the institution into operation with sufficient means", for which he has requested the collaboration of the Government of Castilla-La Mancha and has made himself available to the Cortes.

The president of the Autonomous Courts, Pablo Bellido, stressed that today the icing on the cake is put on a "democratic" process that manages to retake a body that exists in twelve regions, which "proves its need."

“We strengthen our democracy, although for some it is expensive. Democracy is like health or education, which is more expensive if we lack it. A true democracy requires checks, balances and equilibriums, and with this decision we gain control system », he pointed out.

1 Closing in Villaseca the XXIV Benjamín La Sagra Football... 2 The driver of an electric scooter, injured in a collision... 3 Bordalás leaves elegant: «If Rafa Nadal does not... 4 Mexico's president's party wins 4 out of... 5 17 confirmed cases of monkeypox in the Canary Islands,... 6 Ukraine's leader: Russia searches for another... 7 Soccer player Luis Suárez surprises with his visit... 8 The King receives the credentials of six new ambassadors 9 A PSOE councilor aspires to an opposition in another... 10 The Minister of the Environment of the Dominican Republic,... 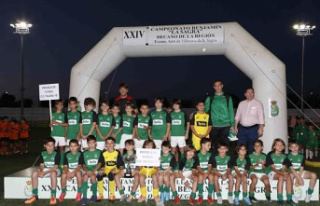