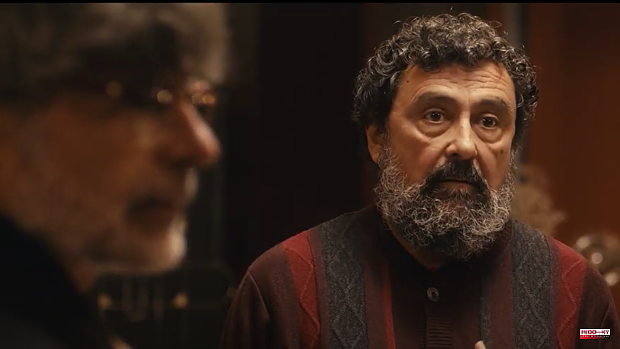 'Table for 3' develops its plot around five friends who go to a renowned restaurant for dinner. Arriving at the establishment, they discover that their table, initially reserved for five, is only for three, so two of them must stay without dinner. This unforeseen situation puts to the test the friendship and the bonds that exist within this group of friends.

During the premiere, Maurício Andrião, general manager of Stoller Europe, stressed that, faced with this problem, the role of people is essential in the future of humanity "for the noble cause of feeding the world and worrying about tomorrow. In the next three decades we will have to face one of our greatest challenges: food scarcity, where agriculture will play a fundamental role.” In addition, he also highlighted: "This problem only has one solution: change the way we do things, the way we treat our planet, the way we treat ourselves and the way we cultivate life."

Through the short film, Stoller seeks to raise awareness about this serious situation that the world's population of the five continents faces, since resources are limited, making this problem visible in such a daily situation. “The key and the role of Stoller, through technology and knowledge, is to empower plants so that they are capable of carrying out natural phenomena in the most efficient way possible, without increasing the environmental impact. Our objective is not only in our sector, but we want it to be able to reach each and every one of us, so that in 2050 we continue to have tables for 2, 5 and 10 billion people”, highlights Maurício Andrião.

After viewing the short film, a round table was held with the participation of the actors Nerea Garmendia, Luis Mottola, Nacho Guerreros and Alexandra Masangkay, who shared their experience, as well as their vision of food shortages and its consequences. “We are not aware of the privilege of having a plate of food on the table every day. The good thing about this type of project is that the audiovisual serves to raise awareness and help reflect on these issues. It is very important for society to be aware of what it has, and what it could lose because nature is running out," Masangkay confesses.

In the same way, the actress Nerea Garmendia has also shown her concern by transmitting the importance of raising awareness in society to bring about a change in habits among citizens "since we are not aware that tomorrow, which is going to be very soon, we will not we will have food for the entire population. I know that the human being is loading the planet, but I was not aware of the seriousness of the situation and I think it is essential that people know it, "says the actress.

For Luis Mottola, the main element for change lies in people «From here I send a message of help, asking us to please stop thinking so much about ourselves and try to put ourselves in the shoes of others. We are a species that we are not taking care of, neither ourselves nor our environment.

For his part, Nacho Guerreros has expressed the difficulty of facing a situation like the one he has experienced in the short: «I think you should put your heart first and be honest with yourself when choosing who sits down to dinner and who doesn't. Now said like that, it's easy, but I think the situation would be tricky, although I think it wouldn't cost me.».

Stoller Europe, the company in charge of developing 'Table for three' is the European subsidiary of the Stoller Group, the American multinational specialized in plant physiology, which offers proven solutions that improve crop yields, both for small farmers and large ones. agricultural producers, contributing to the sustainability of their clients.

1 Netflix, from Galicia 'to heaven' with Luis... 2 Acquisitions of nationality grow by 50% in Castilla... 3 These are the cheapest hours of electricity this Saturday,... 4 The alleged killers of Paraguayan prosecutor Marcelo... 5 What is a 'walkover' in tennis and what... 6 A boat will travel to the site of the Pitanxo shipwreck,... 7 Casper Ruud will face Nadal in the final after beating... 8 Tomás Rufo and Malvarrosa: a fight to the death 9 Casper Ruud meets his idol Nadal in the Paris final 10 Russia could be staying in Ukraine after 100 days... 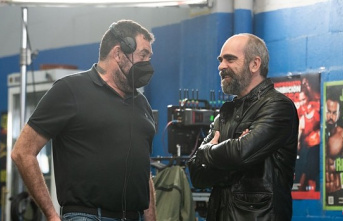 Netflix, from Galicia 'to heaven' with Luis...