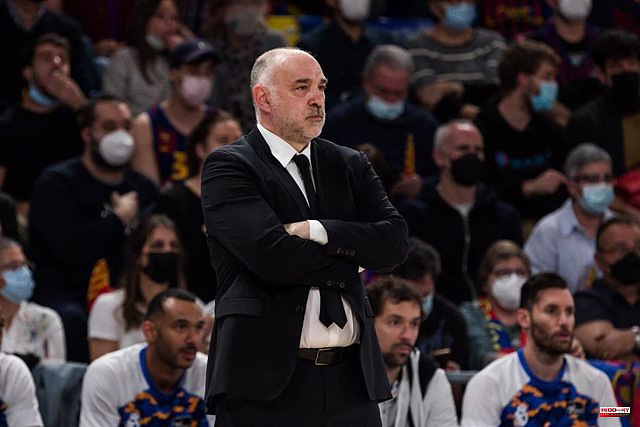 The coach of Real Madrid, Pablo Laso, confessed this Tuesday that he would like the experience in big games to "weigh an egg", before facing Barça in the 'Final Four' in Belgrade, a duel for which he is "calm", because he sees the team as "good", which has "never" stopped believing that it was "a candidate to win the Euroleague".

"I would like experience to weigh an egg. It is very important, but also ability. Experience does not make you win or play better, but I am calm because I see the team well. Our team is a mixture of experience and inexperience and enthusiasm for play a 'Final Four' for the first time. I would not like that due to excesses of enthusiasm we are not at our best level or that because we think we are very expert we are going to be super good and then we are not," Laso said at a press conference before to fly to Belgrade to face Barça this Thursday (9:00 p.m.).

The coach, who faces his seventh F4 with Real Madrid, sees the team as "good". "We are playing a 'Final Four' against the best in Europe and I am one of those who believe that the illusion is maximum," he acknowledged, before showing his "pride" in him for the squad. "I am very happy, it is a source of pride for the team, which has remained at the same level over the years, we have been competitive. They have had difficulties, but they have competed very well and being in this 'Final Four' is a prize", he added.

"We have never stopped believing that we were candidates to win the Euroleague. We have had a complicated schedule, like everyone else, and I did not have the feeling a month ago that we were in such a bad way, but when you lose the press, the fans think that we are bad , but not me", he predicted about his team.

Laso pointed out that, after the positive evolution of the team in recent months, the coach must play "the right keys", because the players "have been able to reach the key moment of the season with a very good feeling". "In the last month we have competed very well and the 'playoff' against Maccabi was very good for us," he explained about the series against the Israelis, who they beat with a resounding 3-0 to seal their ticket to Belgrade.

The Madrid coach predicted a match in which his squad will have to "do many things well" to achieve a positive result against Jasikevicius' men, "regardless of the pace of the match." "I honestly don't know what kind of match suits us. In a final like the one we're going to have in Belgrade you have to be prepared for any situation", he analyzed.

And he addressed the defensive aspect as one of the keys to the match against Barça. "The team works throughout the year and tries different defensive options. We have been adjusting throughout the season and there is no doubt that against Barcelona we have been changing. It is a great team, with a Calathes who controls the game a lot, we have to influence in lowering their playing records, against a team that has a lot of points in the hands of all the players", he affirmed.

"Hunger is the same. If we didn't play against Barça, wouldn't we be hungry? If you're not hungry... What does it matter what happened before! You must have competitive hunger regardless of who the rival is. meaning I am very calm", he insisted on the previous duels against the Catalans, against whom they have linked five consecutive defeats this season.

Laso recalled the F4 in Belgrade in 2018, when the Whites won their last Euroleague, insisting that they are "forced to evolve". "There is someone opposite you who wants to beat you and be better than you, and I always try to improve with my team, that doesn't mean that the above is wrong. Nocioni is retired, Felipe Reyes is not going to play... As a coach you are obliged to evolve ", he asserted.

"Half of the Belgrade team is no longer here. We are a different team, we have lost players who were referents from that season, but it is the day-to-day of the teams, understanding that there are going to be changes. This year I see a team that has had I have to go looking in different situations to find his best version, but I'm very happy with the team. I see him as very competitive and I'm calm", he pointed out, assuring that "everyone is going to have a leading role".

Finally, Laso assessed the "fucked up" situation that Rudy Fernández is going through, who lost his father less than a week ago. "I see him well, we all know his personal situation, they have been tough days. He has trained very well. I see him focused and he will be able to help us, I have never had any doubts. The only doubt is that I would have liked him to have had the competition that we have had with UCAM and Gran Canaria", settled.

1 WPT Next is born, a regional category resulting from... 2 Spain: towards an unprecedented “menstrual leave”... 3 The treasures of the Church in Valencia to discover... 4 The judge in the mask case calls the coordinator of... 5 Koh Lanta: what elimination for linked fates? Live... 6 Samsung Galaxy Z Fold 4: Towards an improved camera? 7 The AFE asks the CSD for an investigation into the... 8 A first step taken for Rebecca Marino 9 The Lightning in a very unusual position 10 Rajon Rondo at center of domestic abuse allegations 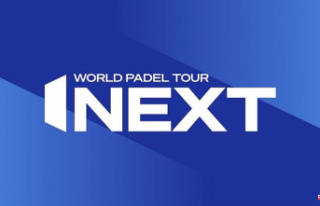 WPT Next is born, a regional category resulting from...