Over the vote on settler laws, Israeli coalition could collapse 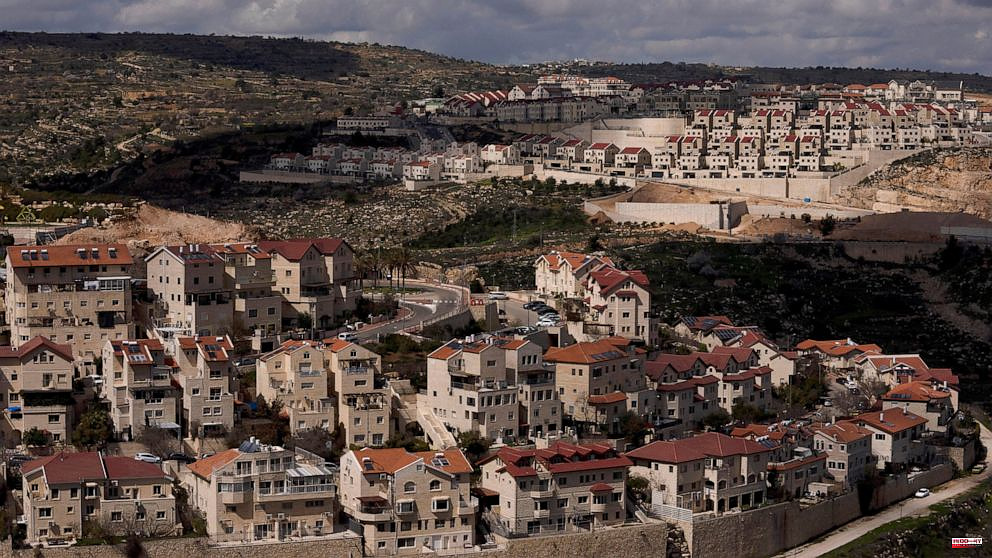 TEL AVIV (Israel) -- Israel's ruling coalition prepares for a major test. A vote is scheduled Monday on the legal status and rights of Jewish settlers in the West Bank. If the vote is not passed, the fragile union could fall apart.

For decades, emergency regulations have been in place in the West Bank. This separate legal system applies parts of Israeli law to Jewish settlers.

These regulations will expire at the end the month. If they aren't renewed, the legal system Israel has created for its settlers in West Bank since 1967 will be in jeopardy. It could also affect the legal status for the 500,000 settlers who live there.

The law extension supporters claim they want to preserve the status quo and extend the government's shelf-life. Opponents argue that extending regulations would worsen an unfair system in which Israelis and Palestinians are occupying the same territory under different legal systems. Rights groups have equated it to apartheid.

The coalition is made up eight ideologically distinct parties and was formed last year. It pledged to avoid divisive issues that could threaten it's survival. One of those issues, the Palestinian statehood and Israel’s occupation of West Bank, could bring down the coalition.

Nationalist New Hope, one of the coalition members, threatened to leave if the measure is not passed. Party leaders and legislators were trying to gather votes. Even parties that support Palestinian independence and condemn Israel's settlement enterprise were expected vote for the measure to save the coalition.

"It's not easy or simple for us but we know there is an overarching objective and that overarching aim is the survival of our government," Yair Gorlan, dovish Meretz party, said to Israeli Army Radio.

Ra'am, an Arab Islamist party that was the first Arab party in Israel to join a coalition, is one of the parties being considered for its vote. It is likely that its constituents will be upset if they vote in favor of the extension of the law.

The opposition, a majority of which is made up of nationalist parties appears to be ready to abandon its pro-settlement ideology. They will vote against the extension and attempt to bring down the coalition.

New Hope could leave, giving the opposition the votes they need to form new governments or trigger new elections.

New Hope's leader, Justice minister Gideon Saar, said that it would create chaos in Judea, Samaria and hurt Israeli citizens. He spoke to Kan, an Israeli public broadcaster, last week. Kan used the biblical name for West Bank. "The government is responsible, and the basic responsibility is to maintain and pass basic legal arrangements."

There have been many hurdles in the past for Prime Minister Naftali Bennet's government. Idit Silman (the coalition whip from Bennett’s small, nationalist political party) quit earlier this year. This left the government with 60 seats at the 120-seat Knesset. The coalition survived immediate defeat, but was unable to govern. Ghaida Rinawie Zabi, another Meretz legislator, also quit but returned after receiving a series of benefits for her constituents, Palestinian Israeli citizens. Bennett's party had another member defect last year. Others have expressed concerns about the coalition arrangements.

After two years of political chaos, Bennett's government was formed last year. There were four elections that did not produce a clear winner. They were united by the goal to remove former leader Benjamin Netanyahu, who is currently fighting corruption charges. The coalition members sought to work out their differences to keep him from power.

In 1967, Israel captured the West Bank and Gaza Strip as well as east Jerusalem. In 2005, Israel annexed east Jerusalem. This move is not recognized internationally. Hundreds of thousands of Israelis live in 120 settlements scattered across the West Bank. This is in addition to more than 2.5 million Palestinians.

The territory is technically still under Israeli military control, even though Israel never annexed it. This creates a confusing legal reality. Most of Israel's civil and criminal laws are applicable to Jewish settlers in West Bank. They vote in Israeli elections and enlist in compulsory military service.

These core laws, however, are not applied geographically but on a personal basis. They apply to all Israelis regardless of where they live.

The laws that apply to Palestinians are different, which adds to the confusion and often inequalities.

If the Monday law is passed, this legal status will continue. Emmanuel Gross, an Israeli expert in criminal and international law, and a former military judge, said that settlers would automatically be subject to military rule if the law is not passed.

"The entire legal foundation of what happens to the settlers today is being cancelled." He said that this can lead to chaos and that the government will find a way for the regulations to be extended.

1 Exclusive contest for ABC Premium subscribers 2 The Prosecutor's Office files a complaint against... 3 UN climate chief: Do not give up on global warming... 4 Berlanga will have a symbolic star on the Hollywood... 5 Migrant caravan departs from southern Mexico 6 Ara Malikian, Camela and Pica-Pica kick off the Illescas... 7 Izal, Lori Meyers, Sidonie this Saturday at the Capital... 8 Putin Was Treated For Advanced Cancer In April, According... 9 The Prosecutor's Office of Peru summons Castillo... 10 After refusal to fly, Russian minister cancels visit... 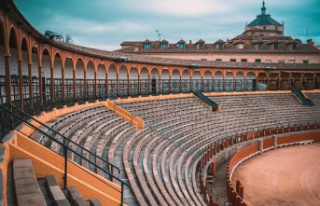