Between indignation and resounding rejection, reactions followed one another, especially among feminist groups, to the judicial decision that released Pedro Muñoz, former councilor of the 'Coalition for Bierzo' in the government of the City Council, with precautionary measures. 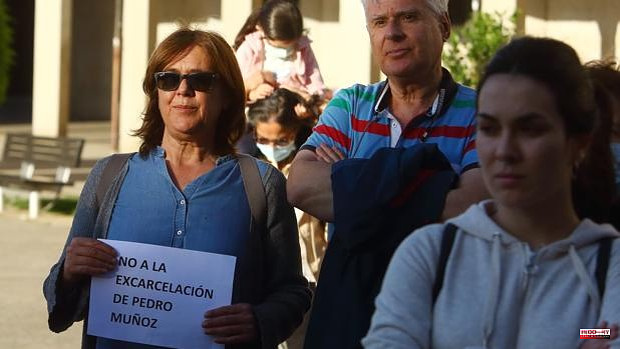 Between indignation and resounding rejection, reactions followed one another, especially among feminist groups, to the judicial decision that released Pedro Muñoz, former councilor of the 'Coalition for Bierzo' in the government of the City Council, with precautionary measures. Ponferrada (León), after two years in pretrial detention and awaiting trial, accused of gender-based violence, attempted murder and continued mistreatment of his wife, Raquel Díaz, a lawyer and leader of the same political party, who became a paraplegic after an alleged and brutal attack on the house where they lived.

A few hours after the decision of the Court of First Instance and Instruction number 5 of Ponferrada was made public, dozens of people supported, in the town hall square of the capital of Bierzo, a rally called by the Bierzo Platform against Sexist Violence and Laciana, who showed his "outrage at the release" of the former politician "who has never shown regret for what he allegedly did to his wife, whom he has left in a wheelchair."

More forceful was the Councilor for Equality and Social Welfare of Ponferrada, Lorena González, who considers that a "dire message is given to the victims and to society as a whole." The also secretary of Institutional Action of Podemos in Castilla y León said that it is "horrible, cruel and unfair" news, after acknowledging that it is not explained how provisional freedom is now accepted, when in February, the judge and the Provincial Court de León denied the last of Pedro Muñoz's repeated requests to be released from prison, considering that there was "a high risk of hindering the investigation, altering evidence or escaping, and given the extreme vulnerability of the victim, beyond the consequences stemming from this episode.

Today, the association 'Feministas Bercianas', which presumes to be more radical than the rest of the women's groups, has called another concentration, at half past seven in the afternoon, in the same square of the Ponferrada Town Hall. This group has come to describe the agreement between PSOE and Podemos, with the 'Coalition for Bierzo', in the Ponferrada City Council, where Pedro Muñoz held a position of responsibility until he was dismissed after the detention of him.

The Court number 5 of Ponferrada, which is in charge of matters of gender violence, ordered the release of Pedro Muñoz, under surveillance, although the prosecution unsuccessfully requested an exceptional extension of the provisional prison, after two years without having concluded the investigation of the case and without trial.

That deadline is June 2. In any case, it imposes on Pedro Muñoz the obligation to appear on the 1st and 15th of each month, a ban on leaving Spain and the withdrawal of his passport. Nor can you get closer than 500 meters to Raquel Díaz. This measure will be controlled with the installation of a telematic bracelet. The case dates back to May 27, 2020, when Raquel Díaz was found with very serious injuries in the house that the couple shared in the town of Toreno, 22 kilometers from Ponferrada, during the confinement of the first state of alarm due to the pandemic. According to her subsequent statements and the reconstruction of the events carried out there, Raquel assured that Pedro Muñoz threw her into the void from the terrace of the first floor of the house, pushing her over the railing. He added that he then dragged her by the hair, brought her into her house and continued the beating there. As a consequence, she suffered thirteen serious injuries and became a paraplegic. The circle close to Díaz assumes that the decision is not surprising. She opts for discretion and hopes that the trial will be held soon.

1 The Cortes 'united' in the midst of a storm... 2 Police were urged to enter a Texas school by onlookers 3 Despite rising mass shootings, states are divided... 4 Amerie, the 10-year-old "hero" who was killed... 5 China's foreign minister begins a Pacific tour... 6 Abrams-Kemp Slugfest promises to be long, expensive... 7 India: Religious flashpoint becomes a dispute over... 8 A nascent reform movement in Lebanon faces a difficult... 9 As US hotels abandon daily room cleaning, housekeepers... 10 Goodbye NYC. Estimates show large city losses and... 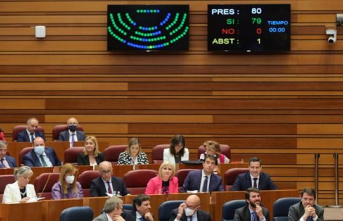 The Cortes 'united' in the midst of a storm...