An approximate thousand people gathered yesterday afternoon in the Plaza de las Mujeres de Soria to reject sexist violence after the murder that occurred during the early morning hours in the capital of Soria when one of her neighbors, 36 years old, was murdered stabbed by her sentimental partner during an argument. 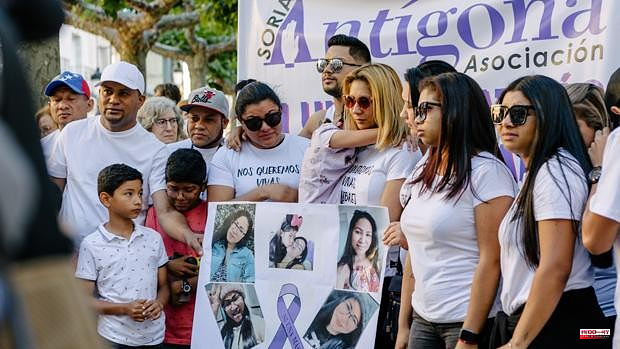 An approximate thousand people gathered yesterday afternoon in the Plaza de las Mujeres de Soria to reject sexist violence after the murder that occurred during the early morning hours in the capital of Soria when one of her neighbors, 36 years old, was murdered stabbed by her sentimental partner during an argument.

The concentration began with five minutes of applause in memory of the victim, after which the family addressed the attendees to thank the support received during the day today and declare that they had felt "very supported." All of them wore a T-shirt bearing the slogan 'We want each other alive, free and without fear' and, after the applause, a respectful minute of silence was observed for all the victims of this scourge.

In addition, the victim's cousin, Carmen Ruiz, addressed the media stating that they are "totally devastated" after the murder of a woman who she described as "super hardworking" and who she said had been living in Soria for the last four years and, maintaining a relationship with the alleged murderer, for the last six months.

"On Sunday he told her to leave the house," he revealed in statements collected by Ical, assuring that he introduced the man to the family "as a friend" and that today's is "the outcome of the women who do not count anything", already that as a family they did not know “what was happening”. "We find out now, in the worst way," she lamented, thanking in any case the support of the Sorianos for being "comforting."

"We are a family of Venezuelans of 42 people who came here to work and it is not fair that it happened," concluded the victim's cousin, who in any case wanted to state that the alleged murderer "does not represent us as a community," while the victim does, who had an eight-year-old daughter and who she defined as "a selfless, warrior mother who lived for her daughter."

1 Sánchez's "slaps" weigh down 38.6... 2 The Siro committees reach "an agreement in principle"... 3 Australia and New Zealand join forces to combat China's... 4 Chinese fighter jet crashes into homes killing 1 5 West condemns death sentences for three Ukrainian... 6 The employers accuses the Government of "ignoring... 7 Castilla y León is facing the second heat wave this... 8 AP Week in Pictures: Latin America, Caribbean 9 The artist Florencio Maíllo pays homage to Campo... 10 The CPI picks up again in May, up to 8.7%, due to... 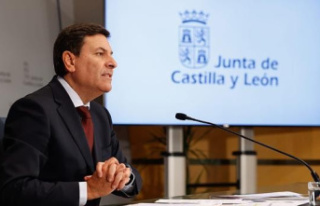