Andoni Ortuzar has made it clear today that the PNV is in favor of the legislature running out "in its entirety" but, at the same time, has asked Pedro Sánchez to "pamper" his investiture partners and "make things easier for us » to be able to negotiate improvements and finally support their initiatives because, at the moment, «it only generates noise». 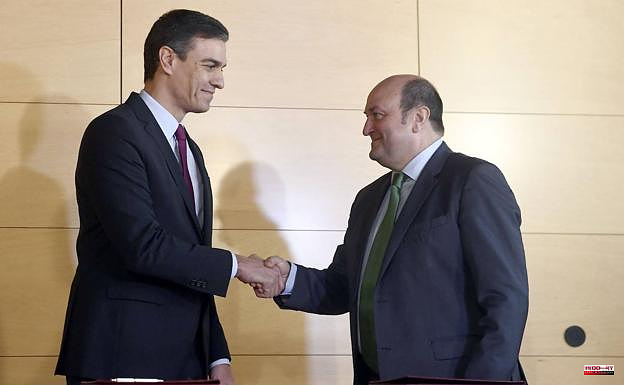 Andoni Ortuzar has made it clear today that the PNV is in favor of the legislature running out "in its entirety" but, at the same time, has asked Pedro Sánchez to "pamper" his investiture partners and "make things easier for us » to be able to negotiate improvements and finally support their initiatives because, at the moment, «it only generates noise».

The president of the PNV has lamented, once again, "the permanent mess" and the "brawl" between PSOE and Podemos in which, in his opinion, the Executive lives "installed" and has given as an example the last scuffle on account of the amendment in favor of the abolition of prostitution that the socialists finally withdrew and that put at risk the 'yes is yes' law, the star project of the Ministry of Equality. "A government has to come out of the Council of Ministers discussed," Ortuzar has censored, annoyed by the constant "hassle" and the "childish fight to get chest" between socialists and purples that prevents, he said, "taking advantage of time" to approve laws and reforms and fulfill the commitments with the allies of the legislature. “Those of us who like serious politics do not like this, because it does not seem serious to us,” he insisted, after criticizing the “escandaleras” and the “tweets” to which the Government would have subscribed.

In that sense, Ortuzar has acknowledged, interviewed on Radio Nacional, that there is currently no "alternative" to the Executive of Pedro Sánchez and "we cannot afford a change" or let the Government fall. “But supporting a happy and determined government is not the same as supporting it because we have no other choice,” he slipped, while asking Sánchez for “a little empathy with those of us who are betting on the continuity” of the legislature. "He has us partners a little tired and clueless," acknowledged the president of the PNV, who, in any case, has been convinced that Sánchez will be able to exhaust his mandate even if he fails to carry out the next Budgets. "It would be a comfortable extension," he has ventured, thanks to the increase in collection and the distribution of European funds.

After staging in the General Courts a new rapprochement between the Government and the PNV and turning the page to a certain extent to the 'Pegasus case' with the president's commitment to study a reform that increases judicial control over the CNI, Ortuzar today certified the « disappointment» with the PP of Alberto Núñez Feijóo that his party has expressed this week. For the leader of the EBB, the popular president "is closing paths of agreement and understanding" by "denying", for example, "national realities". Asked about possible support from Sabin Etxea if the PP did not need Vox, Ortuzar considered that Feijóo should "create the conditions so that there is as much political normality that a party like the PNV can agree with them." However, he has said that he sees them in a strategy of frontal opposition to Sánchez "not very intelligent."

1 The Ibex 35 trades with a fall of 1.2% in the middle... 2 OHLA launches its sustainability plan for the 2022-2025... 3 Planas expects Brussels to approve the CAP Strategic... 4 Russian soldier on trial for war crime 'ask forgiveness' 5 [LIVE] 85th day of war in Ukraine: here are all the... 6 Dismantled a gang of "full police" who stole... 7 They authorize the human trial of the therapy against... 8 Amber Heard and Johnny Depp trial: Lance Bass causes... 9 Heat wave: a record 38 consecutive days of temperatures... 10 The BNG asks in Congress about the cost of the "vacation"... 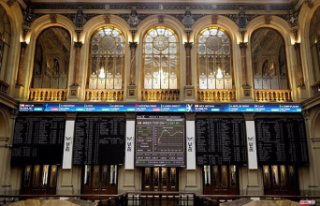