The leader of the jeltzales believes that "recentralization drums" are sounding in national debates and advocates "an awakening of territorial consciousness. 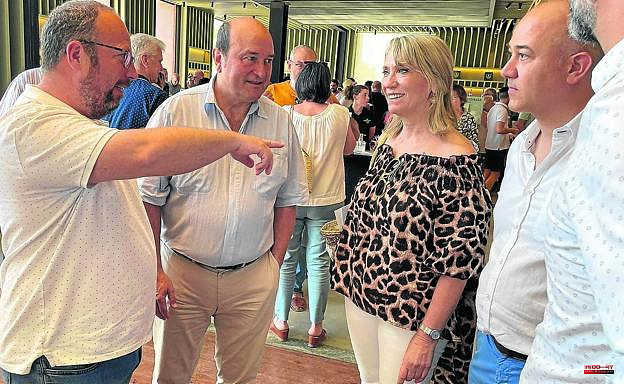 The leader of the jeltzales believes that "recentralization drums" are sounding in national debates and advocates "an awakening of territorial consciousness." Ortuzar made these statements this Saturday in the Majorcan town of Felanitx, where he took part in a round table organized by the El Pi-Proposta per les Illes Balears party. There he asked the citizens of this autonomous community "to become aware of the importance of having someone who defends his interests in Madrid, in Brussels or wherever." An approach that portrays the historical electoral formula of the jeltzales in Euskadi. The trick that they have been playing in their negotiations with the successive Spanish governments and to which EH Bildu, who reached an agreement with Sánchez in the last Budgets, is beginning to join.

For Ortuzar, there are two ways of doing politics. That of the parties with representation throughout Spain and that of those who «defend the interests of their peoples and their respective communities. We put the interests of citizens before the political fight. He dismissed the first ones, calling them "machines at the service of their leaders, who are immersed in their ideological fights to see who gets to Moncloa." While he emphasized that the latter «we are going to Congress to defend Basque interests. That's a very clear difference."

"At this political moment, it would be good if, from the territorial and political periphery of the State, a powerful movement emerged that would rebalance, counterbalance and counteract the increasingly negative influence of centralism, of the recentralization that the state parties are producing," he advocated. Ortuzar sees the risk of "a return to Madrid deciding everything, and invading self-government spaces" in communities such as Euskadi, Catalonia, Galicia, the Canary Islands or the Balearic Islands.

It not only points to Vox

After censoring "Vox's proposals and what is going to be able to condition the PP", Ortuzar alluded to the fact that the shift is perceived "in the ordinary legislation of the State, the policies that are launched from Madrid." The arrival of Alberto Núñez Feijóo to the presidency of the PP had generated expectation in the Jeltzal ranks, considering that part of the bridges broken during the mandate of Pablo Casado could be recovered. But in recent weeks the PNV has toughened its discourse and has clearly opted to reinforce the majority of the investiture and Pedro Sánchez, convinced that "there is no alternative" because the agreements with Vox make any approach to the PP unfeasible.

Ortuzar aspires to achieve a kind of peripheral front at a time when a handful of seats decide everything. “This is the most plural Congress in history and the most atomized. Small groups that represent historic communities are strong. We have to use and be able to condition the policies of the State”, added the president of Euzkadi buru batzar.

1 Spain relaxes entry rules for unvaccinated tourists... 2 Fernando Simón, on monkeypox: "Transmission... 3 The habitat of the Iberian lynx in 'El Borril'... 4 Champinter, Virgen de las Viñas, El Progreso and... 5 The detachment of the catenary on a train interrupts... 6 The first prize of the National Lottery leaves 60,000... 7 They encourage educational centers in Castilla-La... 8 Horse racing: “Hermès Baie is a crack”, declares... 9 Gracia Querejeta and Natalia Verbeke, 'Arcipriests... 10 Barça: signing Lewandowski is a 'possibility'... 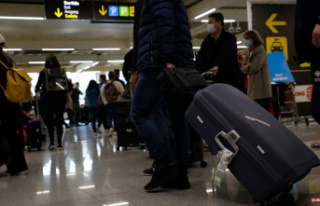