Oppositions of teachers in the Valencian Community: calendar of tests and publication of notes

A total of 19,592 people attend as of this Saturday the oppositions for admission to the body of teachers in the Valencian Community. 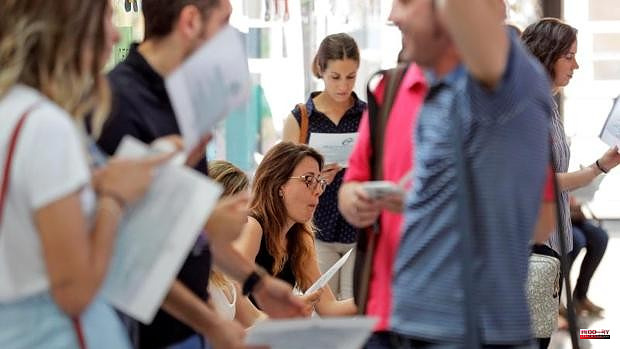 A total of 19,592 people attend as of this Saturday the oppositions for admission to the body of teachers in the Valencian Community. By provinces, the final lists include 7,329 applicants in Alicante; 2,536 in Castellón and 9,727 in the Valencia region, according to data provided by the Ministry of Education.

There are also 228 people, already civil servants, who have registered in the oppositions to the turn of access to new specialties. That is to say, they are civil servant teachers who choose to acquire one of the seven teaching specialties that have been convened.

In the call, 1,228 free access places are put out to competition, of which 122 are reserved for applicants with functional diversity.

Places are offered in seven different teaching specialties of the Corps of Teachers. Close to 37% of the positions are in Primary Education (453) and around 32% in Early Childhood Education (388). Next, 11% of the places correspond to Therapeutic Pedagogy (PT) with 132 positions, and with 10% of the places English (128). There are also 62 Hearing and Language (AyL), 34 Physical Education and 31 Music places on offer.

Each of the 395 examining boards is made up, on average, of five members. Therefore, 1,975 examiners are mobilized. They are all official teaching staff of the body of teachers of the different specialties summoned.

In addition, each of these 395 courts will have the support of a collaborating person, also a civil servant, who will support them when carrying out the tests. Overall, during the execution of the tests, a total of 2,370 people were mobilized, including members of the examining courts and people collaborating with the courts.

Once the notes of the first test are published, the opposition phase will conclude with the public defense before the courts of the didactic programs. Before June 22, the applicants must have sent the educational programming they have designed to the courts electronically. At the end of the opposition phase, the merit contest will take place.

1 The former president of Bolivia Jeanine Áñez, sentenced... 2 They study a possible case of monkeypox in Castilla... 3 A 73-year-old man dies in the pool of a home in Yuncler 4 El Herreriano proposes a rereading of the Sandretto... 5 2022 work calendar in Valencia: where is the holiday... 6 Journey to the bottom of the 'hole of horror',... 7 An 18-year-old boy stabbed at the La Peraleda fairgrounds 8 Two injured by cuts after a group fight at dawn in... 9 The Bulgarian national team borders on tragedy on... 10 These are the best beaches and coves in Valencia,... 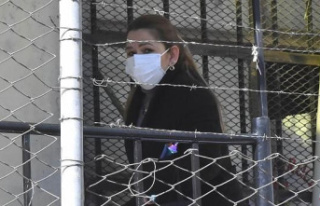