Operation rearmament: Germany wants to turn a "naked" army before Putin into the largest in Europe

"Suddenly we are in the center of everything," says German Colonel Daniel Andrä, 43, in command of the NATO force in Lithuania, with 1,600 soldiers, including some 1,000 Germans, 9 tanks, and 25 combat vehicles from infantry, which is nothing to take on Russia but "at least shows a presence. 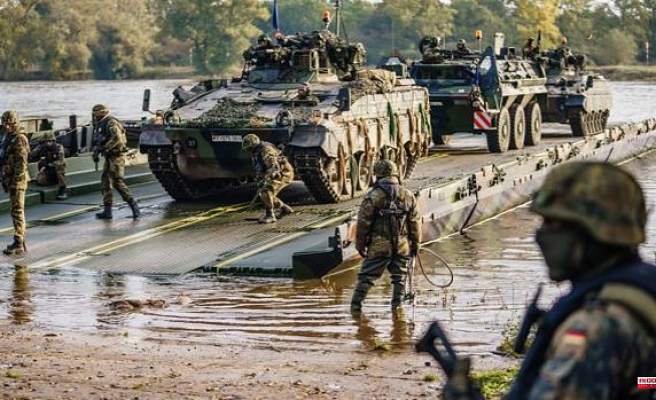 "Suddenly we are in the center of everything," says German Colonel Daniel Andrä, 43, in command of the NATO force in Lithuania, with 1,600 soldiers, including some 1,000 Germans, 9 tanks, and 25 combat vehicles from infantry, which is nothing to take on Russia but "at least shows a presence." The Enhanced Forward Presence mission has been running for years, but "almost forgotten." Since February 24, however, German Defense Minister Christine Lambrecht has been calling almost daily, visiting the troops, even worrying about their equipment, and sending an additional 350 soldiers. "If Russia attacks the Baltic region, we should at least be able to delay the advance...

we are the sharpest sword this border has to offer,” describes Andrä. But these are troops that until recently were short of supplies.

In a parliamentary session last winter, it was even mentioned that the soldiers lacked adequate underwear in the low Lithuanian temperatures. And on the day the invasion of Ukraine began, General Alfons Mais lamented on social media: “In my 41 years of service I never would have believed that I would have to experience this. And the Bundeswehr, the army that I have to lead, is more or less naked. The reproach was directed at governments of all stripes that, since the end of the Cold War, have been despising the armed forces, whose equipment has suffered the ups and downs of history translated into budget allocation.

The Bundeswehr was created in 1955 with a strength of 101 volunteer soldiers. It was only a decade after the end of World War II and no one wanted a strong German army, not even the Germans. Compulsory military service started in 1956 and conscientious objection was legislated in 1977. But after Kennedy, who still kept the Cold War on the ground of "the fight for the minds of men", the US considered it important that Germany moved to the armaments plane and the governments of Bonn were investing in the army until achieving a force of 495,000 soldiers divided into twelve divisions. The aviation had a tactical combat group and was part of NATO's integrated air defense. The Navy had fast ships and was equipped for the defense from the Baltic countries and the containment of the Soviet fleet.

After the fall of the Berlin Wall in 1990, 20,000 soldiers from the former GDR NVA were transferred to the Bundeswehr along with weapons that were mostly destroyed, sold or even given away, due to their obsolescence, such as crews of tanks that they went to Turkey, the MiG-29 planes to Poland, or the 39 warships that Indonesia bought.

The reunified Germany of Helmut Kohl had the firm will to show itself to Europe as a military dwarf, to avoid suspicion. The military cuts were part of the web of diplomatic negotiations carried out by the liberal Foreign Minister, Hans-Dietrich Genscher, and that has been the policy practically maintained until the invasion of Ukraine by successive German governments. If in 1989 the Bundeswehr had more than 5,000 main battle tanks, today it has less than 300. During the same period, the number of soldiers has fallen from almost half a million to less than 200,000.

The current generation of officers has been shaped in peacekeeping missions abroad, in the Balkans, Afghanistan and Mali, always accompanied by great controversy and bitter parliamentary debates. Only after Russia's annexation of Crimea in 2014 did the Merkel government begin to back down. That year, the Defense budget stood at 32.4 billion euros and has since increased by around 50 billion, although still significantly below the 2% of GDP required by NATO. Among the advances of this stage, the creation in 2017 of the Cybernetic and Informatic Space Command (Kdo CIR), with 13,500 troops under the command of Lieutenant General Ludwig Leinhos, stands out.

This week, the government and the opposition have agreed on a reform of the Basic Law that will allow the immediate injection of 100,000 million euros and henceforth 2% of GDP, but it is not possible to turn around a military organization like the Bundeswehr of one year to the next and the objectives set for the beginning of the next decade are now being pursued within two or three years. The high command has ordered a general inventory to determine which units could be offered to NATO at short notice, to strengthen the eastern flank, and the report provides a picture of the situation. Germany could offer an infantry company of 150 soldiers with a dozen Boxer armored fighting vehicles, later to be joined by a second company alongside French troops in Romania.

The Air Force has dispatched three Eurofighter aircraft and the Bundeswehr has the potential to deploy the Patriot air defense system there or in Lithuania. In the Baltic there is already a P-3C Orion maritime patrol aircraft, the Fulda and Datteln minehunters and the Sachsen frigate, which with its powerful SMART-L radar can control practically the entire airspace over the Baltic. A corvette and a frigate from ongoing missions in the Mediterranean could be added. But it is a rapid reaction force and the internal reports of the Budeswehr acknowledge that it lacks "operability" and "cold start capacity", deficiencies that Lambrecht will address with immediate purchases of heavy transport helicopters, high-tech devices and communications systems. In ammunition alone he will spend 20,000 million euros. The Bundeswehr begins a new stage in which it has "a lot to do" to wake up from decades of lethargy.

1 Putin ignores no one and remains stubborn in continuing... 2 Guennadi Chizhikov: "Europe avoids awkward situations... 3 Associating mental health and massacres, an alibi... 4 The 'double debt' with which France drowned... 5 Emotional and technological waste in the musical tribute... 6 The 'white label' opens new horizons in... 7 Mechanical workshops step on the accelerator of innovation 8 Spanish engineering marks a milestone in the Philippines... 9 Artificial intelligence learns to think green 10 "I suffered from anxiety, and couldn't find... 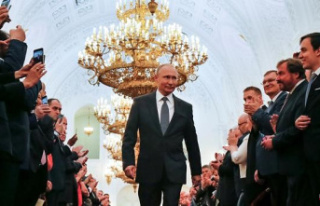 Putin ignores no one and remains stubborn in continuing...