One last chance for the Bruins

The Boston Bruins will have one last chance to win a playoff game in North Carolina this spring, and while they've had all sorts of trouble on the Hurricanes rink, they have plenty of reason to believe in their chances of advancing. 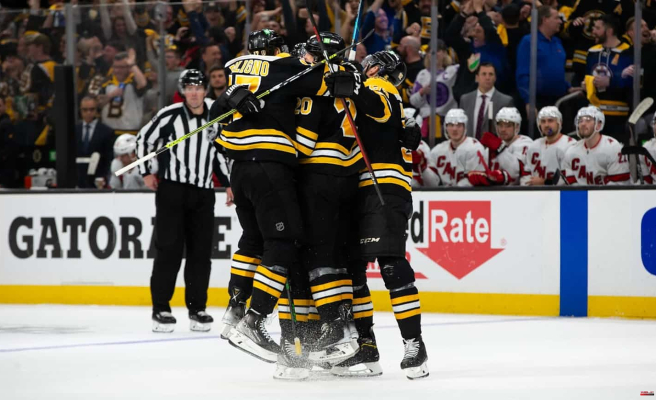 The Boston Bruins will have one last chance to win a playoff game in North Carolina this spring, and while they've had all sorts of trouble on the Hurricanes rink, they have plenty of reason to believe in their chances of advancing. in the second round of the playoffs.

• Read also: Another spring disappointment for the Wild

First and foremost, head coach Bruce Cassidy's squad will come to Raleigh with the wind at their backs, fresh off a 5-2 triumph at TD Garden on Thursday in Game 6 of their showdown. Then, the organization is used to appointments without a future: the seventh confrontation against the “Canes” scheduled for Saturday at 4:30 p.m. will constitute the 29th game number 7 in its history, a peak in the National Hockey League.

And those who believe the Bruins will surely have no answers after losing three in as many outings in Carolina would do well to remember the 2011 Stanley Cup Final. Patrice Bergeron and Brad Marchand were key players on the roster who defeated the Canucks in Vancouver in Game 7 after flagging three times there.

Nothing guarantees a victory for the local team on Saturday.

"I love it, it's what we play for," Cassidy told the Bruins' official website. Game 7 of the Stanley Cup playoffs...I'd rather be at home, but we'll be where it's needed. I would play on Mars if we had to. We just want to get this win, that's all that matters. I know on the other side they are disappointed, but it will be game seven and they will be excited to play it.”

Everyone does their part

In terms of hockey, Boston was able to count on a diversified offensive production, at least, in front of its supporters. On Thursday, five different players hit the target. Will they be able to reap the success expected from the Hurricanes. In three clashes on enemy soil, they scored four small nets.

“Seeing our formation, I think we are more familiar with each of us, in each line. We get input from a lot of different guys and that can influence how we juggle the lines. The chemistry is already in place, but we are happy to have done the work [to extend the series], commented forward Charlie Coyle. No matter who's on the ice and who we're playing with, we have a job to do. You have to create something, the right way.”

And defensively, the Bruins will have to repeat their strong performance from Thursday, when they held their rivals to one goal in six kills. Carolina notably botched a five-on-three opportunity, which is often fatal in a playoff game.

“That type of special teams streak has certainly been an influential factor at home in this series for both teams. We have to make sure we stay away from the dungeon so it doesn't become a big deal. We have to play five against five as much as possible,” Cassidy said.

1 Difficult series for Jesperi Kotkaniemi 2 Montreal-born Christopher Boucher will lead the Canadiens'... 3 Maple Leafs demons are aging 4 The British press generates alarmism due to the loss... 5 Finland, the leading country in world rankings that... 6 Ukraine destroys part of a Russian armored column... 7 Oil embargo against Russia puts EU unity to the test 8 Elizabeth II smiling during a rare public appearance 9 Competition gives the green light to the entrance... 10 Ted-Lindsay Trophy: McDavid in the tradition of Gretzky... 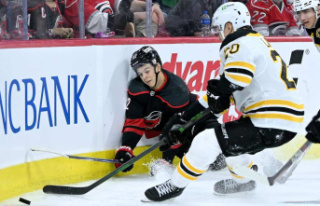