The Spanish Association of Urology (AEU) maintains that approximately "one in seven or eight men will suffer from prostate cancer throughout his life", as indicated in Burgos by its member of Scientific Activities, Dr. 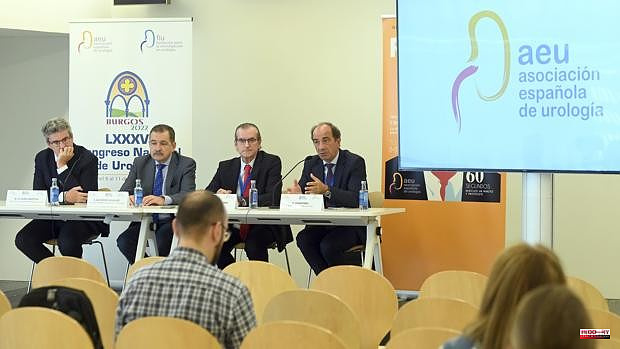 The Spanish Association of Urology (AEU) maintains that approximately "one in seven or eight men will suffer from prostate cancer throughout his life", as indicated in Burgos by its member of Scientific Activities, Dr. Mario Álvarez-Maestro, during the presentation of the 85th edition of the National Congress of Urology, which is being held at the Evolución Forum until next Saturday, June 11, and which returns to face-to-face attendance after two years of the pandemic.

Urological oncology occupies most of the program since, as they have stated, three of the seven most frequent tumors in the body are urological (prostate, bladder and kidney) and daily activity in consultations, operating rooms and examination rooms revolves around cancer in a significant proportion.

In this edition, there will be the presence of other medical specialties such as Medical Oncology, Radiotherapy Oncology and Pathological Anatomy, which will result in a higher quality of the scientific program. In recent years, prostate cancer has been the reason for multiple advances in more precise diagnosis, in the staging of the disease and in the therapeutic approach, depending on the phase in which the patient is. Currently, radical prostatectomy is the standard treatment used for clearly localized disease and is used even in more invasive phases.

The minimally invasive techniques applied have made it possible to shorten hospital stays after surgery, while at the same time reducing intraoperative bleeding and transfusion needs with less associated pain and better cosmetic appearance of incisions in the abdomen.

In this sense, the general secretary of the AEU, Venancio Chantada, affirms that "the minimally invasive and robot-assisted approach (da Vinci) has made it possible to extend this type of surgery to more patients and in more centers, reaching more than 75 percent of approaches for prostate cancer in countries such as the United Kingdom, Belgium or Norway». "In Spain this figure has not yet been reached," he said.

The president of the AEU, José Luis Álvarez-Ossorio, recalls that robotic surgery was "a little limited" in Spain but that in recent years "there has been a hatching" accounting for a total of 115 da Vinci robots, "70 per percent in public hospitals and the remaining 30 percent in private hospitals" in the country, which "impacts on the quality of life of patients when they are operated on."

Regarding these da Vinci robots, the president of the Congress and head of Urology at the University Hospital of Burgos (HUBU), Emilio Gutiérrez, has pointed out that in Castilla y León there are five robots of this type, four of which are in hospitals public schools in Burgos, León, Salamanca and the 'Río Ortega' in Valladolid, and one in a private center in Valladolid. Although, he has advanced that another one is "in the purchase phase" at the Recoletas Hospital in Burgos and predicted that in a short period of time "90 percent of hospitals will have a da Vinci robot."

1 Mazón supports the Albatera breva in achieving the... 2 A worker dies after falling into a manhole on a farm... 3 Blow to the Trinitarians of Tarragona who were closely... 4 A Saharawi minister asserts that Algeria has already... 5 Vox launches a parliamentary offensive against Pedro... 6 The Prosecutor's Office points to Mónica Oltra... 7 The Diputación de Alicante will acquire an emblematic... 8 South African President grilled by Parliament about... 9 Two Texas Chainsaw Massacre Victims Who Wrote 'I... 10 The crisis with Algeria puts almost 2,000 million... 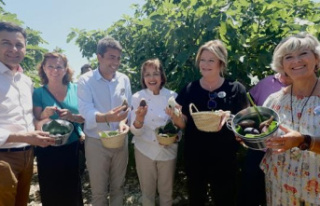 Mazón supports the Albatera breva in achieving the...