Ominous Wine: About the discovery of a forgotten Ferrari in the cellar and a search for clues that leads to the underworld

It started with an old Ferrari that my parents found by accident in the basement. 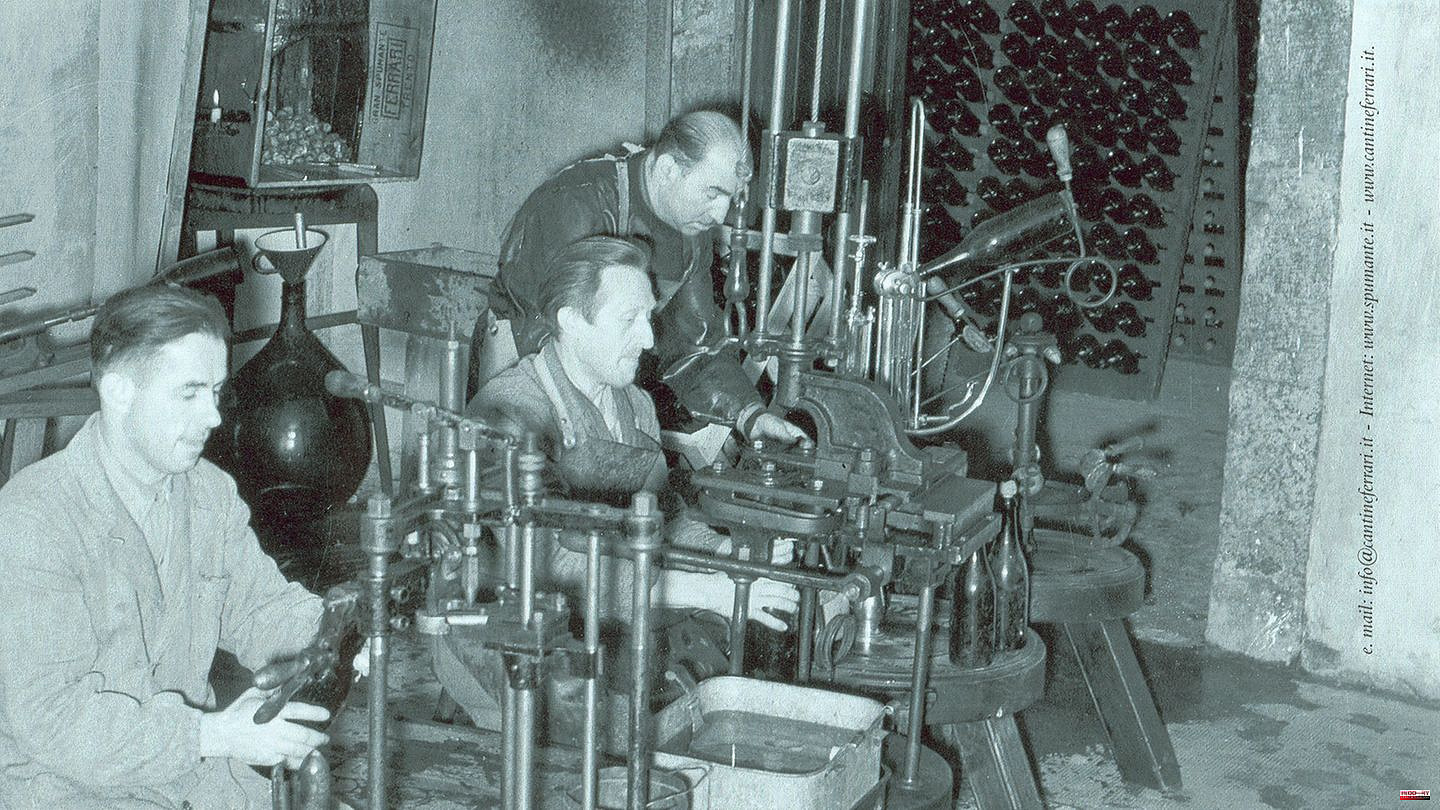 It started with an old Ferrari that my parents found by accident in the basement. A dusty part that someone had forgotten hidden behind various sports equipment and preserving jars and of which nobody can say exactly where it actually came from today. The Ferrari in question has (almost) nothing to do with cars. This Ferrari fits in a bottle. His story is the story of three Italians. One wanted to steal champagne away from the French, the others gambled their way to dubious fame. From a search for clues that leads to the gangster milieu.

It's easy to overlook this peculiar bottle. Narrow, with a long neck and screw cap, it is more reminiscent of cough syrup than wine. If it weren't for this faded, worn-out label with the seven sonorous letters that promise exclusivity: FERRARI. When I think of Ferrari, then of Enzo, of course, of fast cars and the heat of Italy. And I think of Andy Warhol, that one black-and-white picture that shows him with his entourage at the table, a bottle of champagne in front of him. The picture has become famous, and so has the champagne. It's also a Ferrari - and anything but a giveaway from the car manufacturer.

In Italy everyone knows Ferrari Trento. This is the winery that made sparkling wine Italian. So to speak. That's 120 years ago. And it all started with one man: Giulio Ferrari. He had walked through the vineyards on a trip to French Champagne, looked at the grapes and the surroundings and then succumbed to a kind of megalomaniacal seizure. Suddenly he wanted what the French had been able to do for a long time - to produce a sparkling wine of the highest quality in his native Trentino. A noble project in a region where, in 1902, the wine primarily came from the tap (vino sfuso), the Chardonnay grape was unknown and nobody had any idea about bottle fermentation.

Today, Giulio Ferrari, once laughed at as a crackpot, is celebrated as a pioneer. Ferrari Trento has become a global player and its sparkling wine business is a multi-million dollar business. The wines are now exported to more than 50 countries. And when the corks pop on the podium these days in Formula 1, it's not champagne that gushes out of the bottle, but Ferrari sparkling wine.

Is this bottle, which you could say "matured" in the parental cellar for decades, a relic from the early days of Giulio Ferrari? Maybe even a valuable collector's item? I am sending a picture of the bottle to Camilla Lunelli. Along with Matteo and Marcello, she belongs to the third generation of the same family that took over the Ferrari business in the early 1950s and made sparkling wines known around the world. Camilla is in charge of public relations in the company and is somewhat surprised. She sees a bottle like this for the first time in her life. "But I am sure that it has nothing to do with us. Trademark protection was not common at the time," she writes.

So I keep looking until I come across a scuffle in Ascoli Piceno in 1968. Suppliers of the local wine cellars got into arguments with alleged thieves over a few sacks of sugar, the carabinieri intervened and landed the coup of their lives. Sugar represented a far greater crime, rampant adulteration in winemaking. At the time, Der Spiegel reported on two dozen wine manufacturers who were later arrested. Including two men named Ferrari.

Giuseppe and Bruno Ferrari owned the "Casa Vinicola Ferrari" in northern Italy, at that time one of the largest wine houses in the country. They also exported to Germany. If anyone knew how to mess, it was these scoundrels. From the mid-50s they are said to have sold masses of wine that wasn't wine. If there were any grapes in the brew, it was only ten percent. Instead, they mixed delicacies such as dried ox blood, potash, pomace waste, sugar, water and various chemicals into an artificial wine, which, according to the investigation, sold millions of liters a year. Bruno and his sons Giuseppe and Gianfranco were among the 202 people who were accused in a mammoth trial in 1968 of, among other things, making fake wine, selling it and forming a criminal organization.

A look at the label is enough to know that, how could it be any other way, our bottle does not of course come from the cellars of Giulio Ferrari, but from those of the legendary Ferrari Panscher family. The supposed sensational find is nothing more than garbage. It was clear. 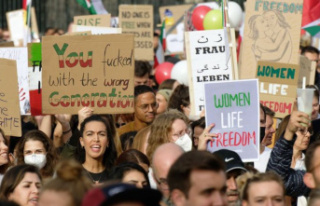 Germany: Thousands of people at Iran demos in several...